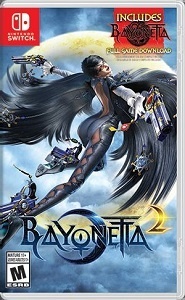 Bayonetta 2 is an action hack and slash game developed by PlatinumGames and published by Nintendo exclusively for the Wii U and Nintendo Switch. The game is a direct sequel to PlatinumGames hit 2009 action game Bayonetta and was directed by Yusuke Hashimoto under the supervision of the series creator Hideki Kamiya.