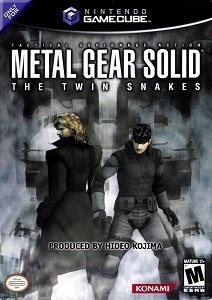 Metal Gear Solid: The Twin Snakes is an action-adventure stealth video game developed by Silicon Knights in conjunction with Konami as an exclusive for the Nintendo GameCube. Published by Konami, Twin Snakes is a remake of the original Metal Gear Solid which released exclusively for the PlayStation in 1998. The game features graphical improvements, new cutscenes written and directed by Japanese filmmaker Ryuhei Kitamura and gameplay functions originally introduced in the sequel Metal Gear Solid 2: Sons of Liberty. 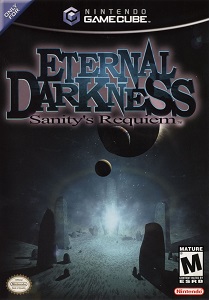 Eternal Darkness: Sanity’s Requiem is an action-adventure psychological horror game developed by Silicon Knights and published by Nintendo. The game was originally being developed for the Nintendo 64 but was later moved to the GameCube and released on June 24, 2002. It was the first video game published by Nintendo to be rated M for mature by the Entertainment Software Rating Board.