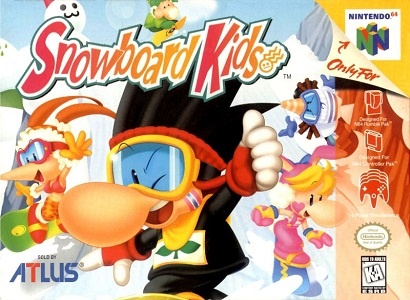 Snowboard Kids is a racing game developed by Racdym and published by Atlus for the Nintendo 64. The style of the game is similar in nature to the Mario Kart series where players control one of five available snowboarders competing against each other. Players have the ability to collect items and weapons as they progress down the course which can be used during the race to aid players during the race.