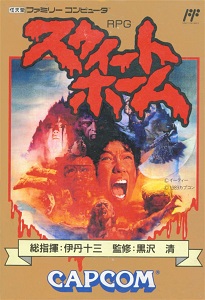 Sweet Home is a survival horror RPG video game developed and published by Capcom for the Famicom. Released exclusively in Japan on December 15, 1989 the game is based on a horror film of the same name. Directed by Tokuro Fujiwara who toured the film’s set to gather inspiration for the game and to collaborate with the film’s director on the game’s adaptation of the film. 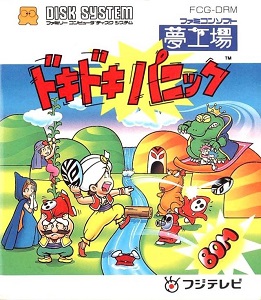 Yume Kōjō: Doki Doki Panic is a platforming video game developed and published by Nintendo for the Family Computer Disk System video game console. It was released in Japan on July 10, 1987 and would later be released in an altered form world wide.