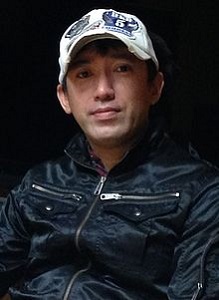 Shinji Mikami is a Japanese video game designer, director and producer best known for the Resident Evil series. Mikami joined Capcom in 1990 as a junior game designer where he worked on multiple Disney licensed games for the Game Boy and Super Nintendo before being assigned as the director of Resident Evil for the PlayStation.