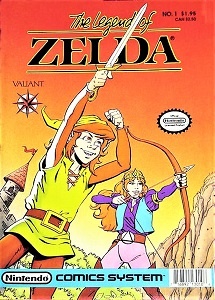 The Legend of Zelda comic book series was a publication published by Valiant Comics in 1990. Valiant Comics licensed various Nintendo characters and properties for use in comic books. Five series of comics were produced: Super Mario Bros., The Legend of Zelda, Captain N: The Game Master, Game Boy, and the compilation series Nintendo Comics System that consisted of reprints of stories from the other comics. 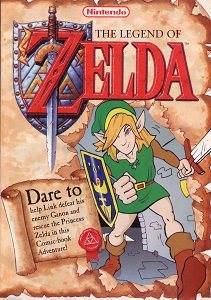 The Legend of Zelda: A Comic Book Adventure is a promotional comic that was included in an issue of Nintendo Magazine System (NMS) in 1994. Unlike a standard comic strip the promotion is written as a choose your own adventure style interactive comic. Instead of reading through the comic from front to back readers must make decisions and skip forward and backwards to individual panels depending on the choices made.