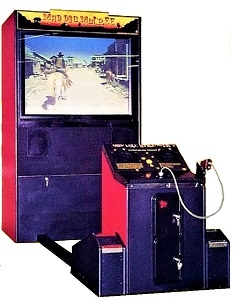 Mad Dog McCree is a live-action light gun video game developed and published by American Laser Games. The arcade game was released in 1990 and was the first live-action interactive video game. The game gained considerable attention from media and gamers for its live-action gameplay. 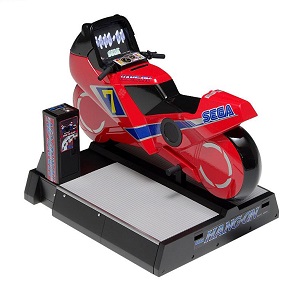 Hang-On is a motorcycle racing game developed by Studio 128 and published by Sega. Initially developed and released for arcades the game places players in control of a motorcycle in a race against time and other computer-controlled motorcycles. The game was later ported to the Sega Master System and was one of the major launch titles for the system.