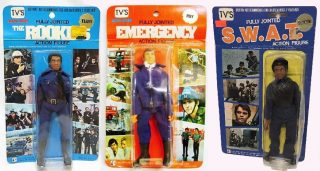 They once again secured licenses for already successful franchises to use in conjunction with their ability to manufacture toys instead of creating something original and having to market it from scratch themselves.   This method worked very well for the newly formed company and they continued this approach throughout the 1980s securing rights to popular properties such as E.T., Magnum P.I., Michael Jackson, Indiana Jones, Gremlins, and the WWF. 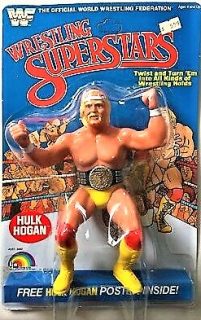 Their license deal to manufactured wrestlers based on WWF’s Superstars was their most successful toy line and outside of publishing video games is what the company is best known for.  They manufactured the Wrestling Superstars line from 1984 through 1989, releasing a series of unique wrestling figures each year for six consecutive years.

In 1985, MCA Inc., a subsidiary of Universal City Studios, acquired L.J.N. Toys Ltd for approximately $67 million to strengthen their brand by expanding their portfolio.  By purchasing L.J.N. Toys Ltd they could make the toys based on their movies without having to contract a toy manufacture thus generating more revenue from the sale of merchandise of its film properties.  In 1987, LJN expanded beyond manufacturing toys and started publishing video games for the Nintendo Entertainment System.

The company never ventured into game development but focused on marketing and distribution of games that were mainly themed around licensed based properties.  Many of the games that they chose to publish sold fairly well based off of the successful properties the games were based on such as The Karate Kid, Friday the 13th, Back to the Future, Who Framed Roger Rabbit, A Nightmare on Elm Street, etc. but the majority of the games were notoriously bad.  The games sold based off the license’s properties popularity rather then the games quality or reputation. 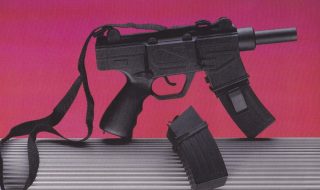 Entering into video game publishing in 1987 proved to be a successful strategy for the company.   The company continued toy manufacturing and released a new line of highly realistic looking water guns under the name Entertech.  The battery-powered motorized water guns were designed to resemble real firearms and even contained water in detachable magazines like their firearm counterparts.  The product line was the subject of controversy when incidents started to arise where law enforcement officers were accidently shooting and killing teenage kids after mistaken the water guns for actual firearms.  In addition, there were reports of criminals using the water guns in robberies and the controversy surrounding the Entertech guns was affecting the LJN brand and thus MCA’s reputation.

Due to a mix of lower than expected revenue and the controversy surrounding the Entertech guns, MCA sold LJN in 1990 to Acclaim Entertainment.  After the acquisition Acclaim ceased all toy manufacturing and shut down LJN’s toy division to have the company focus solely on video game publishing.  Acclaim allowed LJN to continue forward with their strategy to published license-based games that had popular properties.  The company continued to publish Nintendo Entertainment System, Game Boy and Super Nintendo games until 1995 when Acclaim decided to dissolve the LJN brand.  For an unknown reason Acclaim decided to publish the Dreamcast version of Spirt of Speed 1937 under the LJN brand, 5 years after the company was dissolved and no longer existed.

History of LJN with the Gaming Historian