Video City is a set of trading cards based on several arcade video games that were produced by Topps.   The set released in 1983 and consisted of 32 cards in total, 28 sticker cards and 4 scratch-off game cards.  The cards centered around four popular arcade games of the time: Donkey Kong Jr., Frogger, Turbo and Zaxxon.  Topps initially provided retailers with sales sheets to advertise the trading card set that mentioned Q-Bert and Centipede as being included in the set however neither were featured in the final release.

Each arcade game had seven different sticker cards and one scratch-off game card.   Even though each featured game had seven cards only 5 sticker cards were unique.  Two of the seven cards shared the same stickers as the other 5 however featured unique card backs.  On the back of four of the sticker cards contain a portion of a picture that can be combined to create a large image of the featured game.  On the back of the other three sticker cards where a portrait of the large image that can be created, Tips on how to achieve higher scores in the game and an advertisement for Electronic Games Magazine (EGM).

The cards were sold in individual packs for 30 cents with each pack containing 6 cards in total, 3 scratch-off cards and 3 sticker cards.  Each pack also contained a stick of gum and came in a wax wrapper featuring the video city logo. 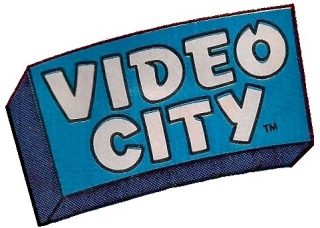