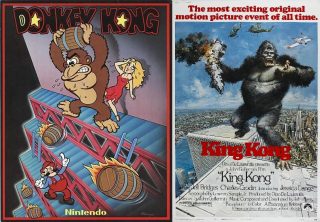 In April of 1982 Sheinberg met with Coleco whom licensed Donkey Kong from Nintendo for home game console distribution. Sheinberg threatened to sue over Coleco’s home version of Donkey Kong which was released on multiple consoles. After further review in May of 1982 Coleco agreed to pay royalties of 3% of their Donkey Kong net sale price to Universal which was worth approximately $4.6 million.

Universal then turned its focus to Nintendo threatening to sue but Howard Lincoln Nintendo’s attorney stood his ground refusing to give in to Universal’s demands. Universal brought Nintendo to court on June 29, 1982 and announced its license with Coleco. Universal’s counsel argued that the names King Kong and Donkey Kong were easily confused and that the game’s story infringed on their film. 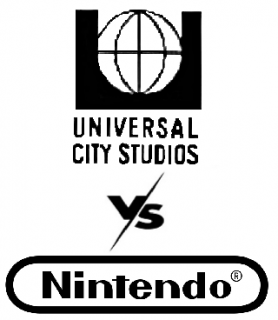 The judge declared that Universal City Studios did not own the rights to King Kong and that they were fully aware that they did not have rights to the character base on the results of the RKO litigation.  In the end judgment was given in favor of Nintendo and Universal was ordered to pay damages and attorney fees.

Universal appealed the verdict to the United States Court of Appeals for the Second Circuit, arguing their case on May 23, 1984.  Universal continued to argue that there was consumer confusion between the two properties.  The court came to a decision on October 4, 1984 deciding to uphold the previous verdict.   The court declared that the two properties were not alike and that it would be unlikely to cause any type of consumer confusion.  The court elaborated stating that the word “Kong” in King Kong’s name was a widely used term by the general public for apes and other objects of enormous proportions.

Nintendo thanked their attorney John Kirby by gifting him a $30,000 sailboat christened the “Donkey Kong” and provided him with worldwide exclusive rights to use the property for sailboats.  Nintendo also showed their appreciation to John Kirby by naming the led character in the Kirby series after John Kirby, in honor of his service in the Donkey Kong case.

Gaming Historian's look at the Universal vs. Nintendo case