The Legend Of Zelda Animated Series 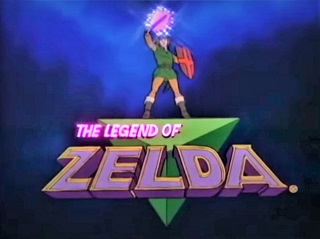 The show aired 5 days a week beginning on September 4, 1989 with 4 days a week dedicated to the Super Mario Bros.   The fifth episode every week which aired on Friday’s still included the live-action segments of Mario and Luigi, but the animation portion was dedicated to The Legend of Zelda.

The show was based on the video game series of the same name taking most of its references from the original game which launched in 1987 however did incorporate some elements from the sequel Zelda II: The Adventure of Link.  The premise of the show follows the adventures of Link and Princess Zelda as they defend the kingdom of Hyrule from Ganon.

The show was produced by DIC Enterprises and distributed by Viacom Enterprises in association with Nintendo of America.  The show’s original run was not part of any particular network’s lineup but sold as a first-run syndication receiving reruns on multiple networks until September 6, 1991 when The Family Channel picked up the series.   The show continued to air as part of The Super Mario Bros. Super Show! reruns solely on the Family Channel until August 26, 1994. 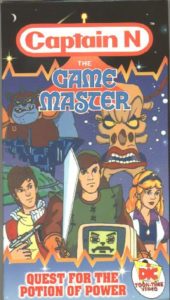 Both the Link and Princess Zelda characters were incorporated into several episodes of Captain N: The Game Master.  They made their debut on September 29, 1990 in the third episode of season 2 when Princess Zelda contacts Captain N for help.  Episodes of the show were released on VHS by Kids Klassics in gold color cases matching that of the original Nintendo Entertainment System games.  The entire series was made available on DVD by The Shout! Factory on October 18, 2005 in a 3-disc box set. 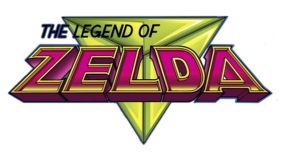 Cinemassacre Review of The Legend of Zelda Animated Series