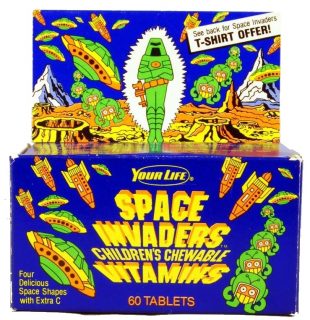 Space Invaders Chewable Vitamins were supplemental vitamins for children that were based on the extremely popular arcade game Space Invaders.   Introduced in 1981 by P. Leiner Nutritional Products Corporation in an effort to gain market share in the children vitamin market.

P. Leiner began producing “Your Life” vitamins in 1975 that were geared towards adults. In 1981 P. Leiner wanted to extend their demographic to include children and started to produce children vitamins. Wanting their new product to appeal to kids they decided to theme their new children’s vitamins after a popular video game.  P. Leiner licensed the rights to use the Space Invaders likeness from Taito, the creator and license holder of the Space Invader arcade game.

The vitamins were sold in pharmacies and grocery stores across North America using product displays that featured the Space Invaders video game theme.  Three different supplements were produced, a chewable vitamin C, a chewable multi-vitamin and a chewable multi-vitamin with iron.  Each bottle contained four different shaped vitamin pills that were in the form of an astronaut, an alien, a UFO and a rocket.  The Space Invaders arcade game did not feature either an astronaut or a rocket however P. Leiner wanted to provide additional shapes and created both as they fit perfectly with the space theme.

Ultimately the product was unable to attract enough customers to gain a large enough consumer base to become profitable.  With the low adoption rate and small customer base, it was not financially viable to continue to license the rights to Space Invaders from Taito and the product was discontinued. 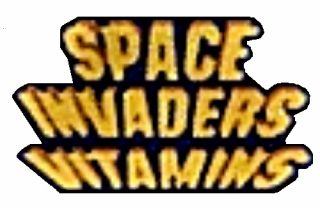 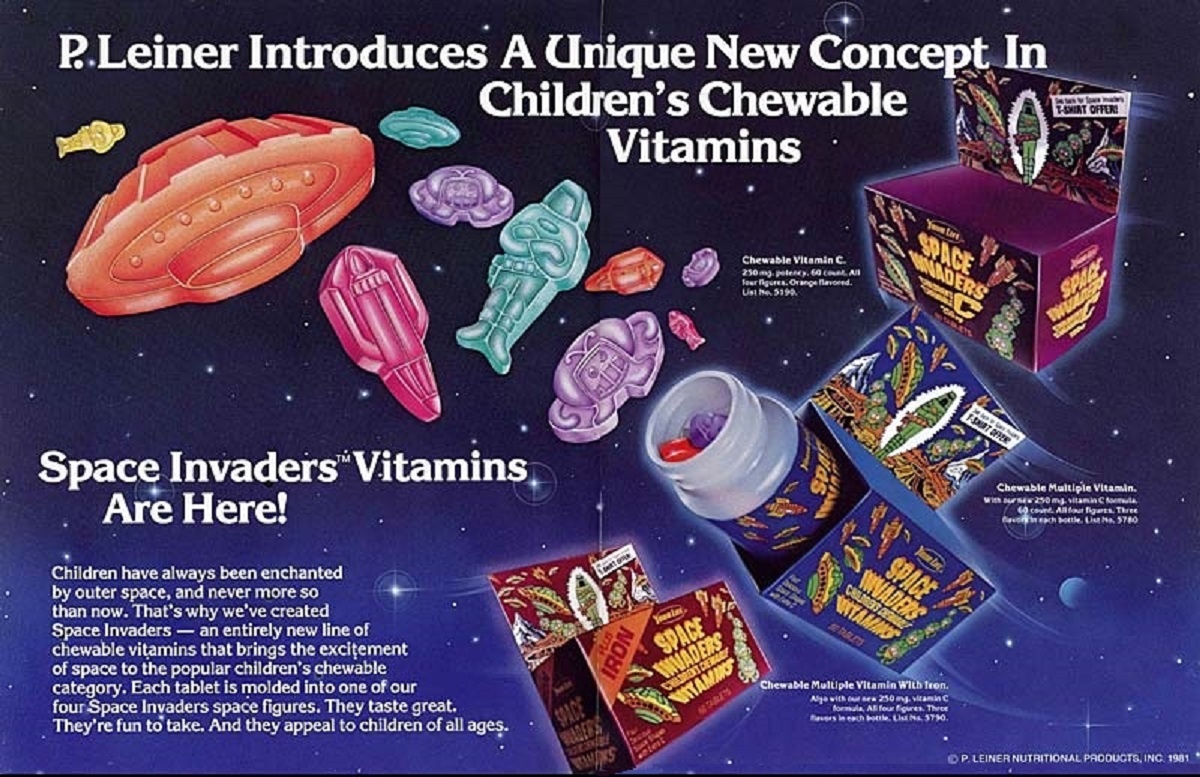 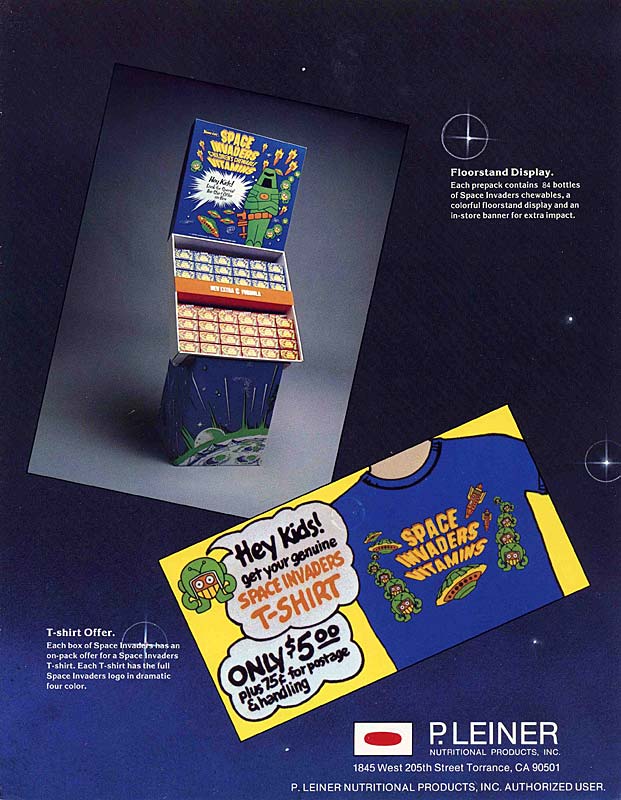