Sears was an international retailer that was founded in 1893 in Chicago, Illinois.  The American department store chain was founded by Richard Warren Sears and Alvah Curtis Roebuck under the name Sears, Roebuck and Co. who established a new mail-order service.  They began to diversify their product lines offered in their catalogs and by 1984, the Sears catalog had grown to 322 pages, including many new items such as sewing machines, bicycles, sporting goods and automobiles.

They operated as a mail order catalog company only until 1925 when they opened their first retail location in Chicago, Illinois.  Sears continued to expand its retail footprint in conjunction with the company’s mail-order service.  By the mid 1970’s Sears was one of the largest retailers in the United States, and its name held a great degree of trust amongst consumers.   It was at this time that Sears would get involved in video games and would end up playing a big part in the success of early video games systems.

In 1975, Atari started looking for ways to distribute their new home “Pong” system, but it wasn’t easy finding a distributor due to the track record that Magnavox had with the Odyssey. Retailers felt the price of the system was too expensive to draw an interest from the general public. After being rejected by numerous toys and electronics manufacturers Atari tried contacting Sears & Roebuck to see if they would have any better luck trying to work out a distribution agreement. They were directed to Tom Quinn who was the buyer for Sears’ sporting goods department, and he expressed interest but wanted the system demonstrated for a few executives first. Al Alcorn travelled to Chicago to demonstrate the pong home system prototype for the Sears executives and despite some minor technical issues with the prototype was able to obtain their approval. 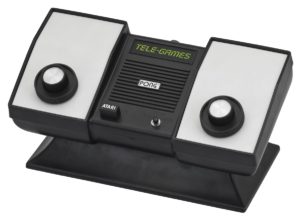 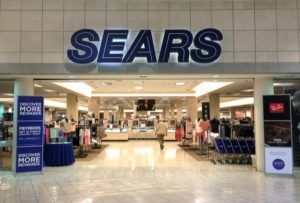 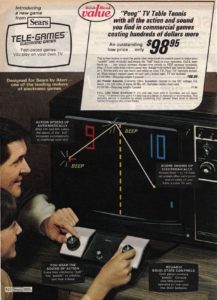 Now that the executives gave their blessing, Quinn started to work with Nolan Bushnell to see if they could reach an agreement. Quinn wanted exclusive rights to the system as well as 150,000 systems before the holiday season. Bushnell agreed to the terms even though he knew that Atari would not be able to produce 150,000 units with their current facility. Atari acquired a new factory through funding by venture capitalist Don Valentine in order to produce the promised 150,000 units for Sears. In the end Atari was able to fulfill the order for Sears. All systems manufactured in 1975 were branded with Sears’ “Tele-Games” name but in 1976 Atari started releasing a version under their own brand name.

The success of home pong just like the video arcade version resulted in a multitude of clone pong consoles. Unlike the Magnavox Odyssey the home pong console and the clone consoles were only able to play one game “Pong”. Even with the limited ability of playing just one game the Pong systems became extremely popular and easily outsold the Odyssey.

Sears’ first venture into video games was very successful and they decided to continue the partnership with Atari expanding the tele-games brand by offering other video game systems with built in games.  Atari continued to manufacture systems branding them with the Sears Tele-Games brand and by early 1977 many systems with built in games were released under both the Atari brand and the Sears Tele-Games brand. 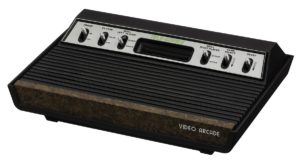 When Atari released their new console the Atari VCS, later dubbed Atari 2600 in September 1977 they continued their OEM relationship with Sears under the Tele-Games brand.  Since Atari already had a relationship with Sears for the distribution of their Pong console, they looked to capitalize on this to compete against the Fairchild Channel F and play some needed catch-up as they released the Atari VCS 14 months after the Channel F was released. The systems that were distributed through Sears, Roebuck and Company stores were rebranded as the Sears Video Arcade. Between Atari’s popular brand name in the Arcades and with their Pong home system and Sears household name the Atari VCS was able to sell 250,000 units in 1977. 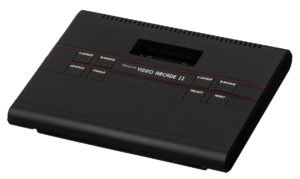 With the new system sporting interchangeable games via cartridges Sears took this as an opportunity to expand the Tele-Games brand by also offering branded games.   Sears released versions of Atari’s games with Tele-Games branding with a lot of the games using different titles.   Atari even produced three exclusive games under the Sears label, Steeplechase, Stellar Track and Submarine Commander.  In 1983, Sears released a revised version of Atari’s Japanese version of the Atari 2600 the Atari 2800 under the name Sears Video Arcade II.  The system was released with two controllers and was bundled with Space Invaders. 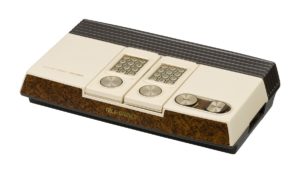 In late 1977 sears formed some smaller partnerships with Colco and APF Electronics to have some of their systems with built in games rebranded and released under the Tele-Games brand.  They even formed a lesser known partnership with Mattel to distribute the Intellivision.  In 1979 Mattel was able to market their console to a number of retailers as a rebadged unit much like Atari did with Sears a few years earlier. The Intellivision was sold under the TandyVision name in Radio Shack and the Sears Super Video Arcade in Sears.  Just like they did with the Atari 2600 games, Sears repackaged and rebranded the Intellivision games under the Tele-Games brand.

The partnership between Atari and Sears was beneficial for both companies.  Sears promoted the video game systems and its games in their catalogs making them a popular holiday gift.  In the mid 1970s Atari wasn’t a household name but Sears was.   Selling their systems and games in Sears even if they were rebranded helped establish the Atari brand and gave consumers the confidence to invest in a new form of technology when it was backed by a reputable brand name such as Sears.

Sears involvement in video games after the crash was strictly a retail distribution channel just like other retailers, they would no longer offer rebranded systems or games.   Their involvement in video games distribution as a retail outlet began again in 1988 after the Nintendo Entertainment System entered the market and established a solid foundation in North America.   Sears included a sizeable portion of their 1988 Wish Book to video games including the Atari XE, Atari 7800, Sega Master System and Nintendo Entertainment System.

Going forward video games would play a large part in the popularity of the Sears Wish Book throughout the 8-bit and 16-bit video game era.  The wish book was sought after by children during the holiday season to get a glimpse at new upcoming video games that would be on store shelves in time for the holiday season.   Predating the internet, the wish book was one of only a few ways for kids to get new information on video games and was easily accessible.  The wish book became a holiday staple for many years through the 1980s and 1990s playing a large part in the popularity of video games at the time.  Sears is one of a handful of retailers that influenced the video game industry and had a hand in building its early success.