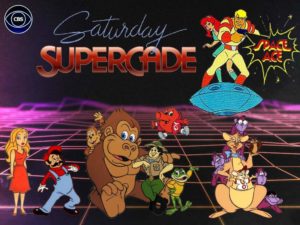 Saturday Supercade was an animated cartoon television show that aired on CBS from September 17, 1983 to December 1, 1984. Created by Ruby-Spears Enterprises, the show was based on popular arcade games of the time. Each episode was one hour long and comprised of several short segments centered around characters from the Golden Age of video arcade games.

The series includes the first television appearances of Donkey Kong, Donkey Kong Jr., Mario and Pauline. The inclusion of the characters was the first time that Nintendo’s characters were adapted into an animated television cartoon, predating “The Super Mario Bros. Super Show!” by six years and the Japanese only “Super Mario Bros.: Pīchi-hime Kyushutsu Dai Sakusen!” by three years. 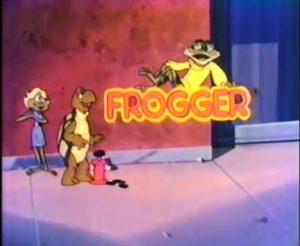 Frogger is an ace reporter of the swamp who works at The Swamp Gazette. He and his friends Shellshock “Shelly” Turtle and Fanny Frog go out in search of crazy stories to publish in the newspaper. Frogger also must deal with his gruff boss and editor-in-chief Tex Toadwalker. As in the game, he often has an encounter with an alligator or gets flattened by a passing car. 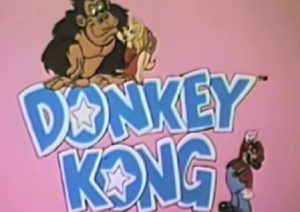 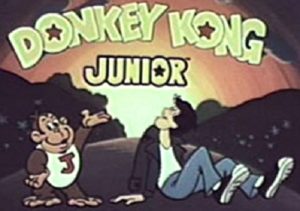 Donkey Kong Jr. is sad to find that his father has run away from Mario and the circus. He befriends a greaser nicknamed “Bones” who has a motorcycle and offers to help Junior by finding his dad together. Donkey Kong Jr’s catchphrase is “Monkey muscle!”, which he tells himself and Bones to inspire self-confidence. Bones often serves as the voice of reason when Donkey Kong Jr. bites off more than he can chew. 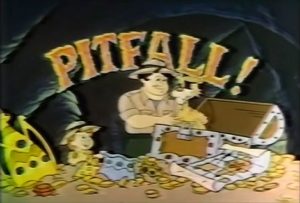 Pitfall Harry, his niece Rhonda, and their cowardly pet Quickclaw the Mountain Lion explore jungles for hidden treasures, having many different adventures along the way. Quickclaw and Rhonda later appeared in Pitfall II: Lost Caverns and Super Pitfall. 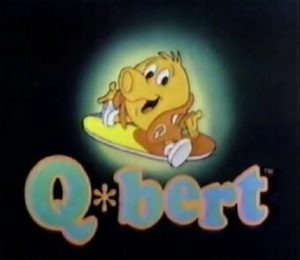 In a 1950s-inspired world set in the town of Q*Berg, a teenage fur-covered creature named Q*bert, his girlfriend Q*Tee, his brother Q*Bit, and his friends Q*Ball, Q*Val, and Q*Mongus must deal with the resident bullies Coily, Ugg and Wrongway, and Coily’s girlfriend Viper. As with the video game, the segment features “block-hopping” scenes, “swearing” bubbles and occasional flying discs from the original game. New to the cartoon was Q*bert’s use of “slippy-doos,” a black ball projectile which he loaded and fired through his nose, producing an oil slick wherever the balls splattered. 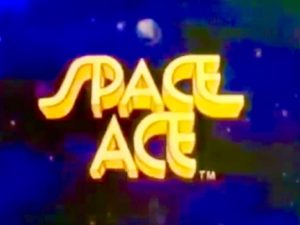 Space Ace is the always smiling self-confident champion of the “Space Command”, whereas when always “wimping out” to Dexter after being hit by the Infanto-Ray, he becomes clumsy and weak. With officer Kimberly, he works for Space Marshall Vaughn to keep the peace in the universe. They fight the evil alien commander Borf and keep him from invading Earth. Ace and Kim try to keep his ‘wimping’ situation secret and pretend that Dexter is Kim’s little brother to Vaughn. 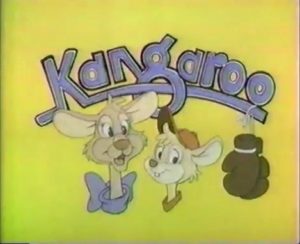 Joey Kangaroo, his mother “K.O.” Katy Kangaroo and Sidney Squirrel must stop the Monkeybiz Gang members Bingo, Bango, Bongo, and Fred, four meddlesome monkeys who are known from making trouble at the local zoo run by the zookeeper Mr. Friendly. The Monkeybiz Gang would cause trouble by trying to escape from the zoo and Katy would have to help keep them in line. 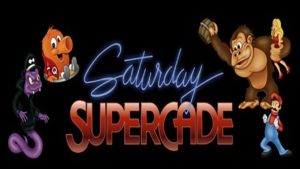