Pac-Man Fever is a music album that was released by Buckner & Garcia in 1982 and is also the name of their first single on the album.  The entire album is based on popular video games of the time with each song featuring a different classic arcade game.   The duo incorporated the sound effects from the arcade game into each song making for a unique experience that helped set the stage of the theme of the album.

In October 1981, Jerry Buckner and Gary Garcia decided to write a song about the arcade sensation that was taking the nation by storm, Pac-Man.  The duo took the song they wrote “Pac-Man Fever” to an agent in Atlanta, Arnie Geller.   Geller a partner at Buie Geller Organization (BGO) loved the song as it was very topical as the nation was going through an arcade craze.  Geller worked with Buckner and Garcia to record the single so that it could be sent to various record labels.  Geller sent the recording to all the major record companies but none of them were interested in pursuing it. 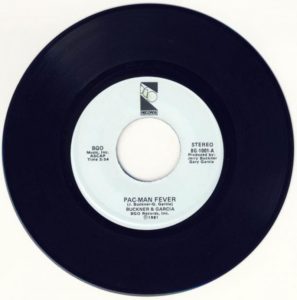 Geller had faith that the song would resonate with the young demographic that frequented arcades. Geller provided a local DJ with a copy of the song to play on the radio in the Atlanta area.  The radio station became flooded with request to play the song again and over 10,000 singles released by BGO Records sold in the Atlanta area by the end of the week.

A CBS Records executive that received the demo of “Pac-Man Fever” for evaluation took the demo home with him where it was discovered by his son.   His son loved the song and continued to play it repeatedly.  This gave CBS Records the impression that the song would be popular to a younger audience and contacted Buckner and Garcia to sign a contract.   CBS agreed to release the single with one condition, Buckner & Garcia needed to come up with an entire album of video game songs within 30 days. 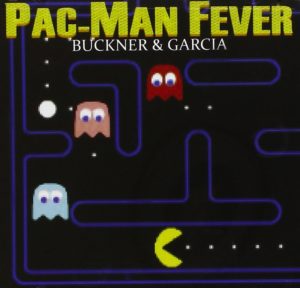 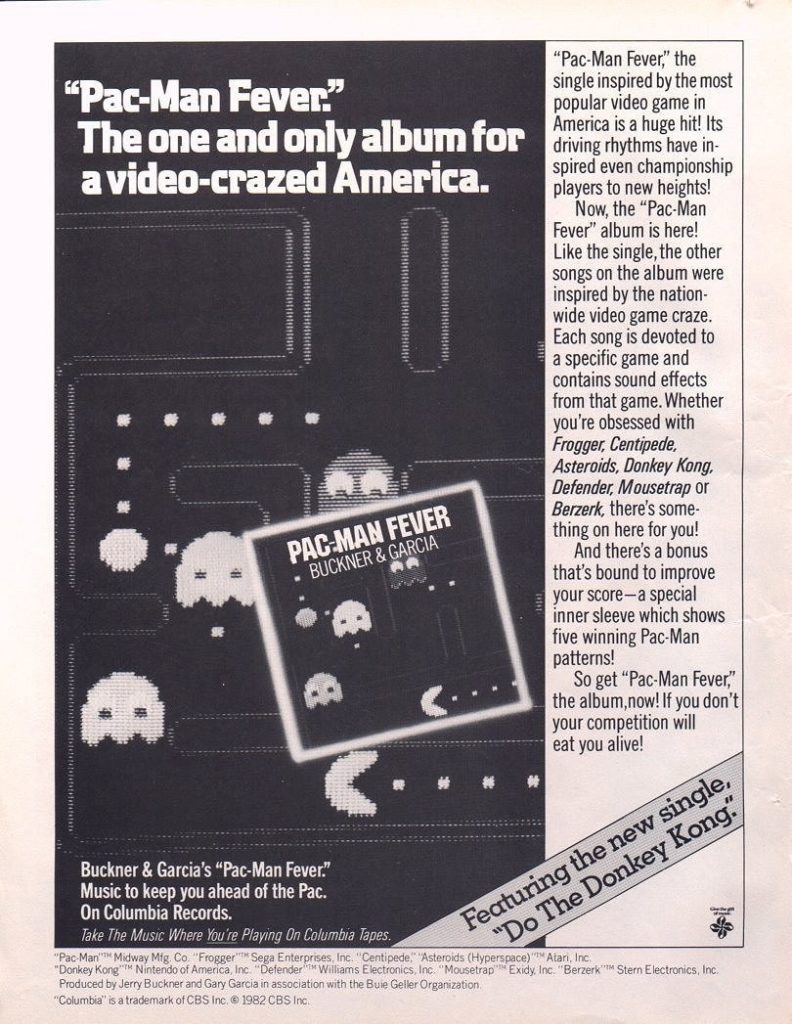 The single released in December 1981 and entered the Billboard Hot 100 at #76 on January 9, 1982.  The song became a top-ten hit after 12 weeks on the charts when it peaked at #9 on March 27, 1982.  The duo was able to meet their obligation with CBS Records by writing an additional seven video game related songs to be able to release a full album based on arcade hits.

Buckner & Garcia released “Do the Donkey Kong” as their follow up single from the album but the song would fail to match the success of “Pac-Man Fever” in popularity and nearly missed entering the Billboard Hot 100 as it peaked at #103.  Both the single and album proved to be quite successful for Buckner & Garcia and placed them in the spotlight for the majority of 1982.  They had the opportunity to make appearances on American Bandstand, Solid Gold and were featured on The Today Show, Good Morning America, 60 Minutes and Entertainment Tonight. 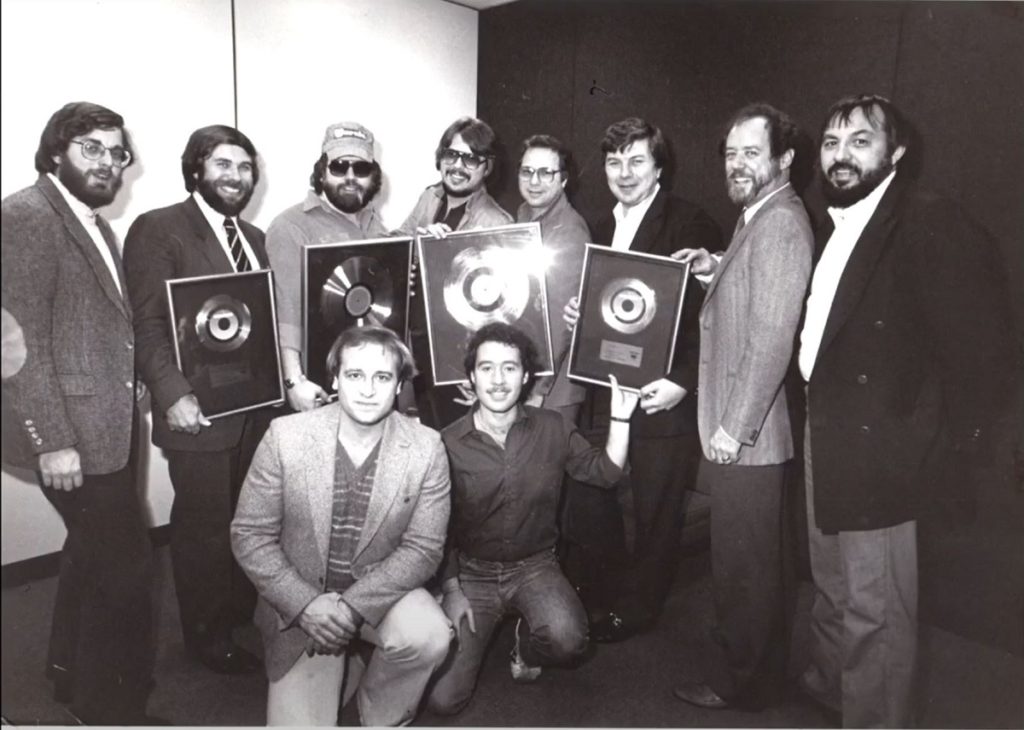 The single achieved Gold status for selling over a million copies as it ended up selling an astonishing 2.5 million copies.   The album as well received Gold status for selling over 500,000 records as it ended up selling 1,200,000 copies by the end of 1982.  The original album was released in various vinyl formats, 8-Track and Cassette Tape but was not released on Compact Disc.

Buckner and Garcia wanted to re-release the album on CD in the late 1990s, but CBS Records was not willing to provide them with the master recording of the album.  They decided to re-record the album from scratch and self publish it, the album was released on CD format in 1999.   In 2015, to coincide with the release of the Adam Sandler movie “Pixels”, an official remix of “Pac-Man Fever” was released.