Nintendo Cereal System is a breakfast cereal that featured two Nintendo franchise characters, Mario and Link.  Produced in 1988 by Ralston Purina the cereal promoted the Super Mario Bros. and The Legend of Zelda video games for the Nintendo Entertainment System.   Ralston named the cereal after the Nintendo Entertainment System as they were looking to capitalize on the massive success the system had in North America at the time.

The cereal in the Super Mario Bros. Action Series consisted of fruity-flavoured characters and items found in the Super Mario Bros. video game such as Mario, Super Mushrooms, Goombas, Koopa Troopas and Bowser.  The cereal found in the Zelda Adventure Series consisted of berry-flavoured characters and items from the Legend of Zelda video game such as Link, hearts, keys, boomerangs and shields. 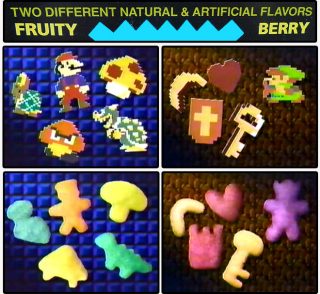 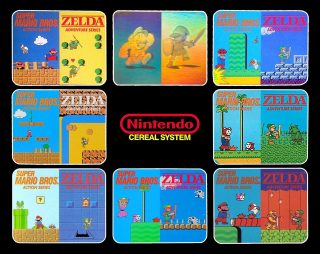 Ralston made several revisions to the box art that provided depictions of in game moments from Super Mario Bros., Super Mario Bros. 2, The Legend of Zelda and Zelda II: The Adventures of Link.  Along with the interesting depictions of in game moments the box also featured game tips, contest forms and cut out cards.  On the back of most boxes had four trading cards called “Nintendo Power Cards” which could be cut out to collect all 12 in the set.

A catchy television commercial was created to advertise the cereal during the Saturday morning cartoon timeslot.  The cereal was discontinued in 1989 after 2 years of production and is often fondly remembered as one of the more popular video game based cereals. 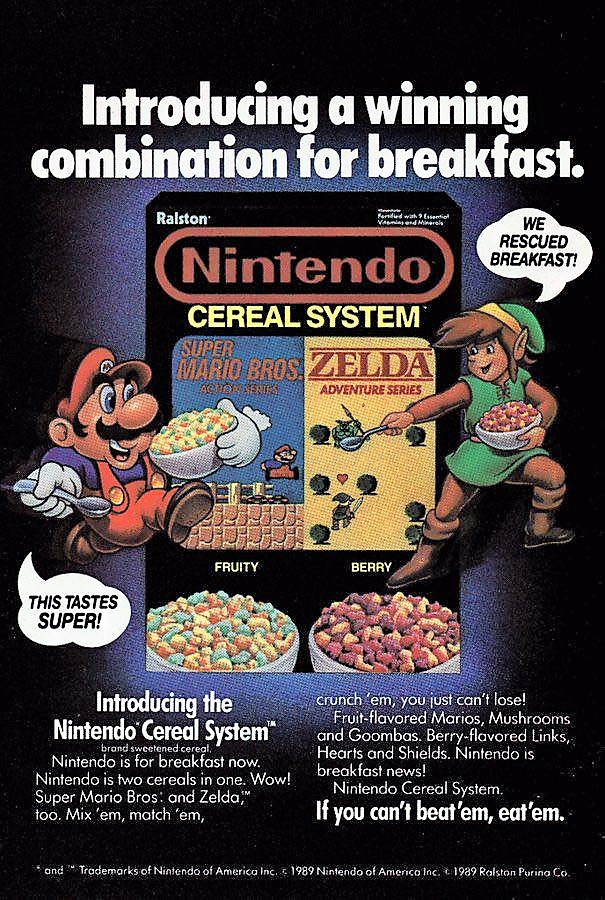