Donkey Kong Cereal is a breakfast cereal that was based on the 1981 hit arcade game Donkey Kong.  Produced by Ralston Purina the cereal was promoted as “crunchy barrels of fun for breakfast”.  The cereal landed on store shelves in late 1982 making it the first video game branded breakfast cereal edging out the General Mills Pac-Man cereal which launched in 1983 by one year.

Ralston signed a licensing agreement with Nintendo to produce the cereal based off the Donkey Kong arcade game and designed the cereal in the shape of little barrels, the main obstacle found in the arcade game.  Promoted for its crunch the cereal had a very similar look and taste as Cap’n Crunch.  The original television advertisement aired on June 7, 1983 with the slogan “the sweet, crunchy, corn taste will drive you ape” and “you’ll love the crunch!”.

A follow up commercial was produced and aired on July 19, 1983 promoting kids to help Mario defeat Donkey Kong by crunching the cereal.  The commercials for the cereal were the first animated appearances of the Donkey Kong characters.  It wouldn’t be until September 17, 1983 for the game to be adapted into the animated cartoon television show “Saturday Supercade”.  In the commercial Mario was voiced by Larry Moran making him the first actor to voice Mario, superseding Peter Cullen’s performance of Mario in “Saturday Supercade”.

The cereal ran several promotional offers during its two-year production run.  The promotions ranged from a set of four baseball cards, arcade stickers to a sweepstake entry for a chance to win either a Game & Watch version of the game or a full-size official Donkey Kong arcade cabinet.  After a two-year production run the cereal was discontinued in 1984. 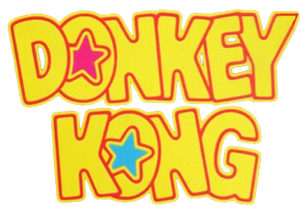