The Wide Boy was specifically designed for developers, media outlets and retailers for product displays and had no commercial intent.  The device was designed to allow Game Boy games to be played on the Famicom and Nintendo Entertainment System.  The Wide Boy was manufactured by Intelligent Systems and since it was never meant for release to the general public it was crudely assembled to save on manufacturing cost.  The unit consisted of a large circuit board containing all the essential components that made up the Game Boy hardware with a black plastic cover on top to protect the circuit board. 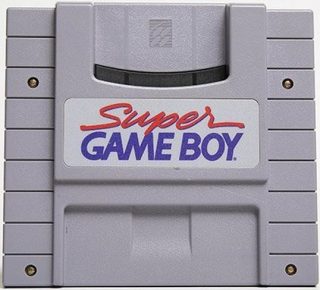 Nintendo designed the peripheral in the shape of a Super Nintendo cartridge.  Housed inside the cartridge is a separate CPU that processes the Game Boy games while the Super Nintendo provided the means for power, controller input, graphical output and additional color palettes.  The peripheral can map the four shades of green used by Game Boy games to various colors to display on a television screen.

Some later Game Boy releases were optimized to take advantage of the Super Game Boy’s additional capabilities and had additional information stored in the cartridge that could override the on-screen colors, display a graphical border around the screen and display special background sprites.  The games that chose to implement additional features for use with the peripheral had a “Super Game Boy Game Pak” logo printed on the game’s box and cartridge.

The device is compatible with original Game Boy cartridges, dual-mode Game Boy Color cartridges and the Game Boy Camera.  The device’s system menu can be accessed by pressing the L and R button at the same time and contained setting for selecting different Color Palettes, Borders, Button Settings, Custom Color and Graffiti. 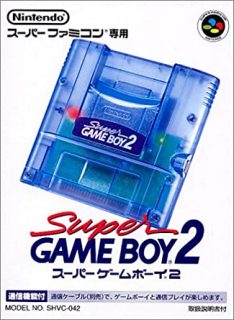 Nintendo released the Super Game Boy in June 1994 for $59.99 USD.  Shortly after it’s release Nintendo sent Nintendo Power magazine subscribers the “Super Game Boy Player’s Guide”, a 72-page book containing instructions on how to use the device.  The first 15 pages of the book contained instructional documentation while the remaining 55 pages provided a brief overview style walkthrough of several games.  Providing a free player’s guide to the over 1 million Nintendo Power subscribers was a strategic why to promote the peripheral and the associated Game Boy games that could make use of the new device.

The peripheral proved to be successful for Nintendo selling fairly well in all territories.  Nintendo decided to release a revised version of the hardware in 1998 entitled “Super Game Boy 2” exclusively in Japan.   The revision included the addition of a link port to allow users to access two-player mode via the link cable.  The inclusion of a link port allowed Japanese Pokémon players who only had a Super Famicom to trade Pokémon with their friends.

History of the Super Game Boy with the Gaming Historian 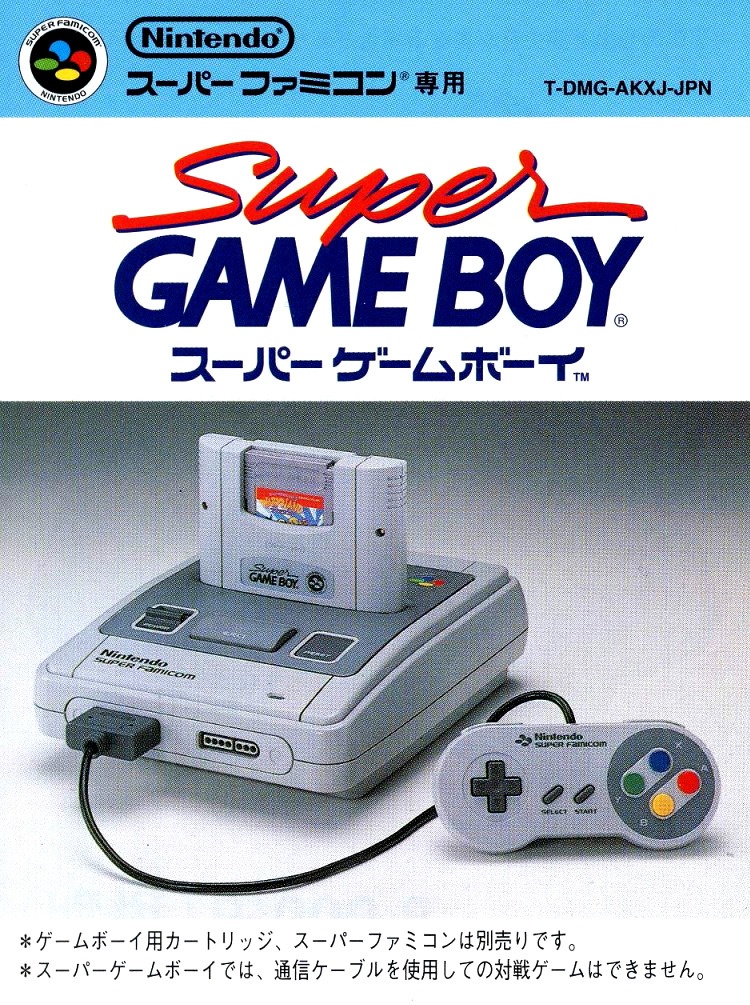 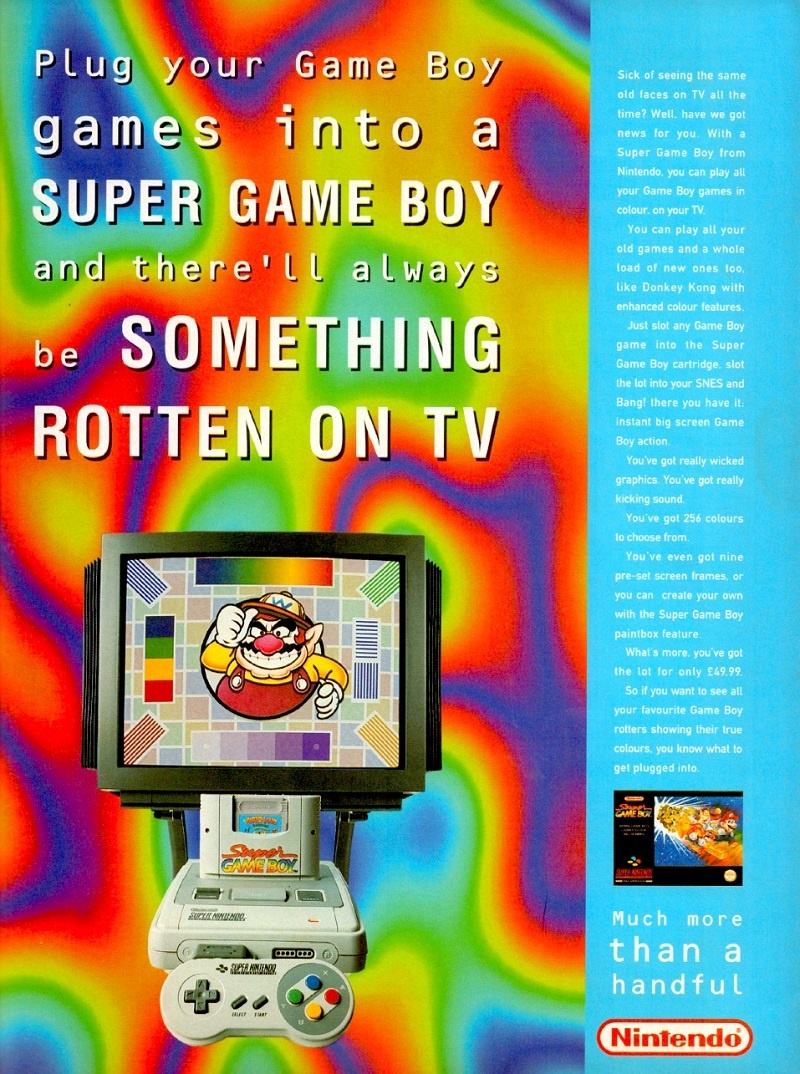 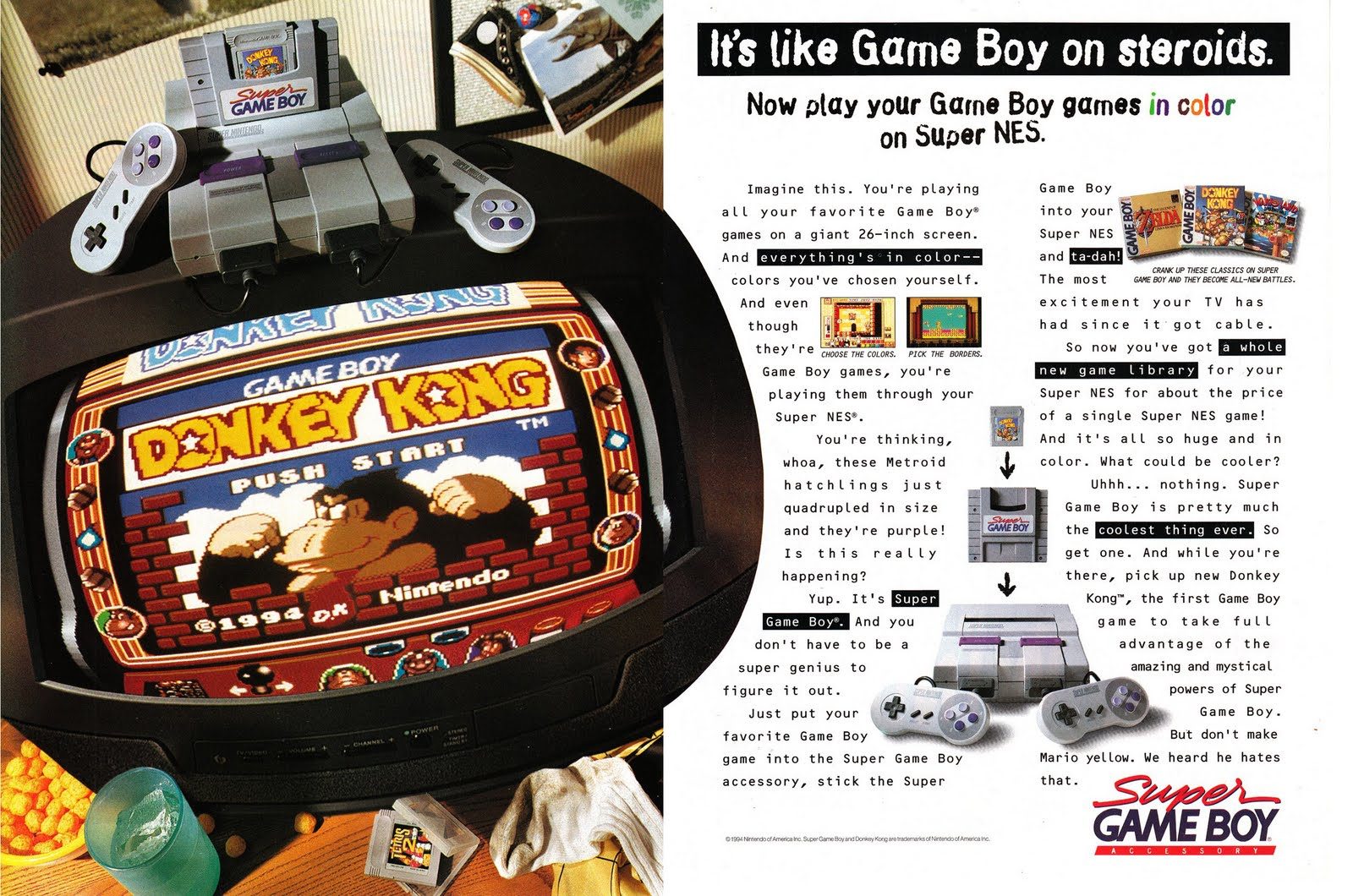