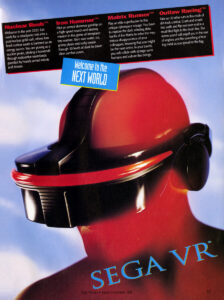 Sega VR was a virtual reality headset add-on designed for the Sega Genesis / Mega Drive console which was ultimately cancelled prior to its release.   Sega believing that virtual reality would be the next big breakthrough in video games began development of a prototype in 1991.

At the time their home video game console, the Genesis had a two-year head start on Nintendo’s 16-bit console the Super Nintendo.  Wanting to stay ahead of their competition Sega was constantly looking for ways to expand what the Genesis / Mega Drive console had to offer.   This approach led to the creation of the Sega CD, 32X and the development of the Sega VR.

Sega had ventured into creating a three-dimensional headset experience in the past with the Sega Master System 3-D Glasses.  The 3-D Glasses released in 1987 for their 8-bit console allowed gamers to experience 3D visuals while wearing the peripheral.  The 3-D Glasses used a shutter system that opened and closed the left and right lens rapidly to create a 3D effect.  The 3-D Glasses failed to captivate gamers and did not prove to add value in the 8-bit generation.   As hardware advanced with the 16-bit consoles so did the opportunity to implement new innovative ideas.  Companies were experimenting with 3D graphics and gameplay capabilities, looking to advance beyond 2D game environments.  Many believed that virtual reality was the logical step forward to interact with the new 3D environments.

In the early 90s virtual reality was a popular concept and was seen in many science fiction movies.   Sega wanted to be the first to commercially release a virtual reality experience to consumers and they wanted their new virtual reality headset to look and feel futuristic.  To achieve the look and feel of the device they hired the design consulting firm IDEO to design the headset.  IDEO designed a head-mounted displaying containing LCD screens in the visor and attached stereo headphones.  The headset was designed to be light weight to allow for prolong wear. 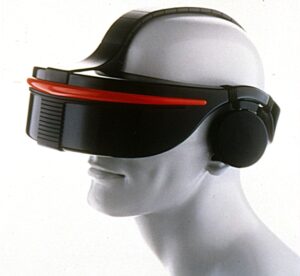 Inertial sensors where added to the headset to allow the system to track and react to the movement of the user’s head.  The Sourceless Orientation Sensor technology found in the headset was based on a Patent that was licensed to Sega by Ono-Sendai Corporation.  The inventor of the orientation sensor technology, Ono-Sendai Corporation was a first-generation virtual reality start-up, founded in 1991 with the goal to create inexpensive VR systems.

The Sega VR was revealed to the public at the Summer Consumer Electronics Show (CES) 1993 in Chicago.  The peripheral was showcased with four games, Nuclear Rush, Iron Hammer, Matrix Runner and Outlaw Racing.  The device was scheduled to launch in North America in December 1993 for $200, followed by a European release in 1994.

Following the Summer CES 1993 press conference which revealed the headset to the general public, news on the peripheral started to become scarce.  After the initial buzz from the trade show the virtual reality system appeared to be pulled from all marketing material.  Sega announced that the device would be delayed and would not launch until later in 1994.  Reports started to circulate that testers were developing headaches and motion sickness from prolonged use of the peripheral.

Ultimately Sega ended up cancelling the virtual reality headset for the Genesis but went on to other virtual reality projects used in arcades.  The technology originally in development for the Sega VR was utilized in the Sega VR-1 motion simulator arcade attraction in 1994 and was available at SegaWorld arcades.  Rumors surfaced that a similar peripheral was in development for the Sega Saturn, but no formal information was ever released on the device.  Many other companies attempted to create their own virtual reality products throughout the 1990s, but all encountered similar issues.  The concept of head-tracking virtual reality would not be successfully implemented until the 21st century when Oculus Rift was announced in 2012, which cited the Sega VR as one of their influences. 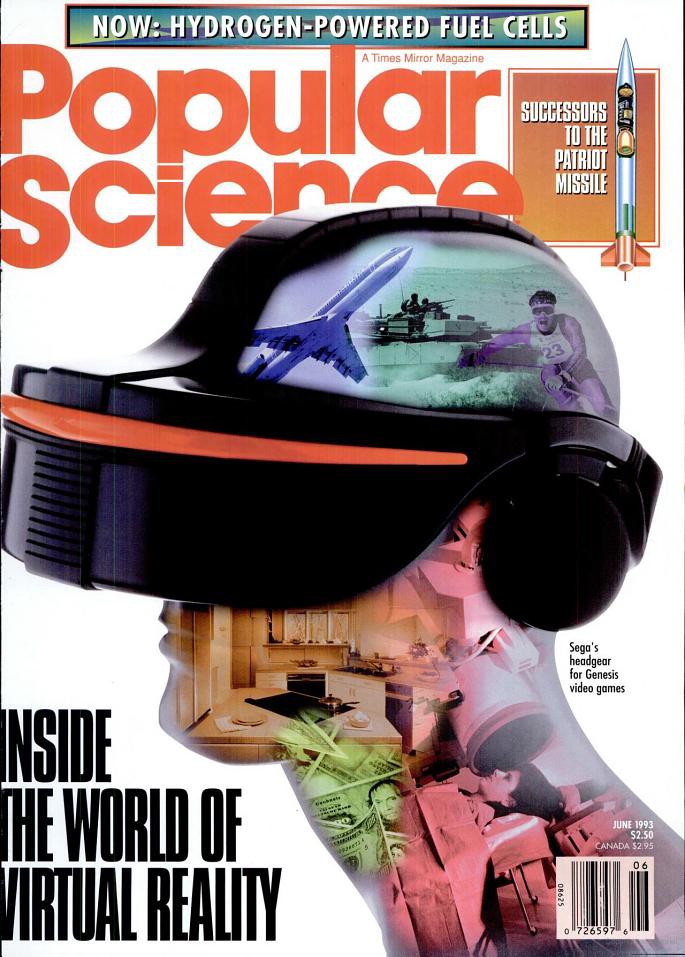