The initial release of the system was fairly successful, partly due to the 21 games released by the end of 1983 compared to the Famicom’s 9 games released during the same timeframe and a recall of early Famicom Units due to a faulty circuit.   The SG-1000 sold 160,000 by the end of 1983 exceeding Sega’s projections of 50,000 units.  Despite the systems early success, the games released for the system lacked the name recognition of the Famicom’s launch games Donkey Kong, Donkey Kong Jr. and Popeye.  Ultimately Sega’s SG-1000 was overshadowed by the Famicom but Sega was adamant to create a home video game console that could compete with Nintendo’s console. 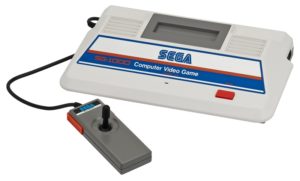 In 1984 the Famicom quickly outpaced the SG-1000.  The Famicom contained more advance hardware allowing games to perform smoother scrolling and offered a larger color palette.  Sega response was to revise the SG-1000 in an attempt to compete with Nintendo, first with the SG-1000 II in 1984 that replaced the hardwired joystick with two detachable joysticks then with the Sega Mark III in 1985.  While Sega was making efforts to create better hardware to compete with the Famicom they were reluctant to build relationships with third-party developers.   Nintendo increased its game library by working with third-party developers while Sega was less than eager to collaborate with the same companies they were competing with in arcades.

The Mark III was the third iteration of the SG-1000 which contained a custom video display processor allowing the system to achieve enhanced graphical capabilities over its predecessors and would ultimately serve as the basis for the Master System.  Along with the hardware improvements to allow for the ability to create more advance games for the system and for better performance, Sega also developed a new form of media with the Sega My Cards.   The pocket-sized cards where a cheaper alternative to manufacture full size cartridges.  The Mark III incorporated both technologies allowing game developers to select the best game media for their games. 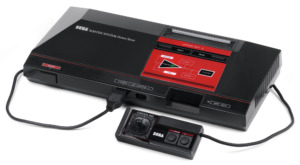 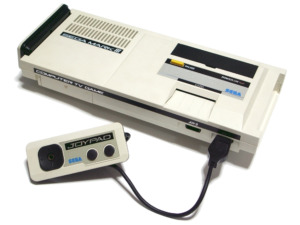 When Sega decided to expand outside of Japan the decision was made to restyle and rebrand the Mark III hardware.  Sega worked with their international branch Sega of America to create a futuristic design for the console that would appeal to a western audience and to determine a name for the new system.   The name Master System was selected after receiving approval from Sega Enterprises Chairman Isao Okawa.   Sega of America presented the name to Okawa as a reference to the competitive nature of both the video game industry and martial arts, in which only one competitor can be the “Master”.

The Master System first launched in North America in September 1986 one year after Nintendo introduced the redesign of their Family Computer system as the Nintendo Entertainment System.  Unlike Nintendo who slowly entered into North America with a series of limited test market launches in New York and Los Angeles before deciding to release their system nationwide, Sega decided to immediately distribute the Master System across all North America.

Like the Mark III, the Master System used both cartridges and the credit card-sized Sega Cards, something that would help distinguish the console from its competitors.   Sega included a light gun known as the “Light Phaser”, two controllers, a combo cartridge containing the racing game “Hang-On” and the light gun game “Safari Hunt” bundled in with the console.  Along with the bundled in combo cartridge the original launch version of the Sega Master System contained a hidden built in game called “Snail Maze”.  Built-in games were common in the life cycle of the Master System hardware and eventually “Snail Maze” would be replaced with other games such as Hang-On, Alex Kidd in Miracle World and Sonic the Hedgehog.  Unlike other built-in games that would later be included on the systems built in ROM, “Snail Maze” was exclusively offered as a built-in game and was never released separately in the form of a cartridge or Sega Card.

With Nintendo having a head start in both Japan and North America, Sega faced many challenges trying to gain ground and catch up with them.  The Master Systems game library was much smaller with fewer well received games than the Nintendo Entertainment System, this was partly due to Nintendo’s licensing policies requiring platform exclusivity.  Nintendo established relationships with third-party developers before Sega did and with their policy requiring platform exclusivity coupled with their much larger market share gave third party developers little reason to develop for Sega’s console.  Even though the Master System had newer more advance hardware than the Nintendo Entertainment System, Sega failed to put a dent in Nintendo’s significant market share advantage in Japan and North America. 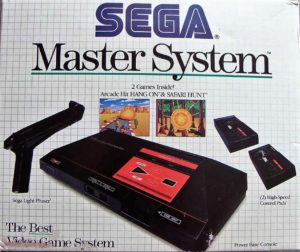 The Master System launched in Europe in August 1987 with its distribution being handle by Mastertronic in the United Kingdom, Master Games in France and Ariolasoft in Germany.  Advance orders from retailers were higher than Sega anticipated, and they were unable to reliably supply stock to retailers until late December causing many retailers to cancel their orders.  This put both Master Games and Mastertronic both in financial hardships and Ariolasoft vowed to never work with Sega again.    To avoid bankruptcy Mastertronic was sold to the Virgin group.  The newly rebranded Virgin Mastertronic then took over all European distribution in 1988.

Virgin Mastertronic focused the marketing of the Sega Master System on ports of Sega’s arcade games, positioning the system as a superior video game console alternative to the popular Commodore 64 and ZX Spectrum home computers in the region at the time.  The result of the marketing campaign along with Nintendo’s less effective approach in Europe made the Master System more appealing to European based developers. Unlike in North America the Master System was able to obtain a significant market share throughout Europe.

A Japanese version of the Master System was introduced to replace the Mark III in 1987.  The system featured a few enhancements over the international versions of the Master System and by proxy the Mark III.   The Japanese revision included a built-in FM audio chip, a rapid-fire switch, and a dedicated port for Sega’s 3D glasses peripheral.  The redesigned console released in October 1987 but still sold as poorly as the Mark III, neither model was able to pose a serious challenge to Nintendo in Japan.

Sega continued to expand globally and was able to find another territory where the Master System would thrive and be as successful as it was in Europe.  Released in September 1989 in Brazil, the Master System was able to achieve greater success in the region.  Distributed by Tectoy, Sega was able to establish an install base of 280,000 units by the end of 1990 in Brazil.  Nintendo did not officially release a console in Brazil until 1993 and Tectoy was able to establish an 80% market share of the video game market in Brazil.  Popularity of the console in Brazil was like no other selling numerous iterations of the console for over 27 years.   Tectoy announced in 2016 that they have sold more that 8 million units of the various Master System consoles in Brazil since its 1989 release.

In 1990 while joggling the new release of the Sega Mega Drive / Sega Genesis console, Sega released a low-cost redesign of the Master System branded Master System II.  The budget friendly redesigned Master System II eliminated the Sega Card slot and the footprint of the console was drastically reduced making it a very compact system when compared to the original console. 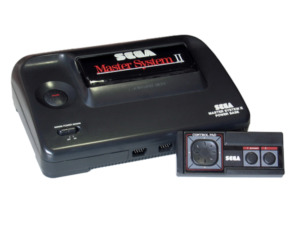 The Master System would end up selling approximately 20.19 million units worldwide with the majority of sales being from Europe and Brazil.  The console may be considered as only being mildly successful however was vastly important in playing a role in the development of the Sega Genesis.  The Master System gave Sega experience manufacturing and distributing video game consoles worldwide along with establishing relationships with game developers, retailers and distribution chains. 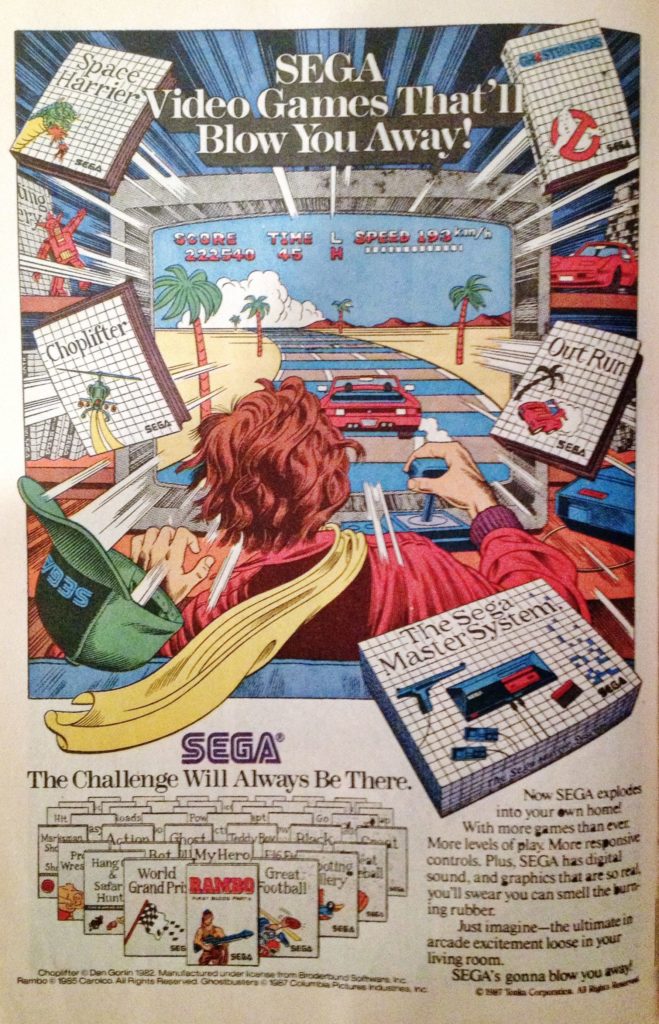