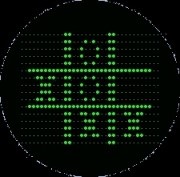 In 1952, Alexander S. Douglas a computer science professor at the University of Cambridge wrote a thesis while working towards earning his PhD which focused on human-computer interactions and he needed an example to prove his theories. Douglas had access to an Electronic Delay Storage Automatic Calculator (EDSAC) which was one of two stored-program computers that existed at the time. This provided Douglas with the opportunity to prove his findings by programming a simple game where a player could compete against a computer.

Douglas went on to create” OXO” the first graphical computer game in 1952 also known as “Noughts and Crosses” which was a tic-tac-toe computer game. “OXO” was the first digital graphical game to run on a computer and the simulation was played using a rotary telephone controller. “OXO” was a single player game where a player would play against the computer. The creation of OXO did not spark widespread popularity because the EDSAC was a computer unique only to Cambridge and could not be replicated elsewhere.

It would be six years later before the world would see the next breakthrough in gaming history and the creation of the first two player video game. William Higinbotham a physicist at Brookhaven Lab’s in New York realized how most of the science exhibits were non-interactive and he wanted to change that. In the spirit to attract more attention to the annual visitor’s day at Brookhaven Higinbotham had the idea to create a tennis computer game where two players could compete against each other. 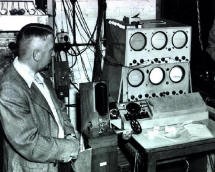 An overview of the OXO

Ahoy is a YouTube channel that explores the rich and fascinating history of video games, while examining and critiquing the current state of the video game industry.