The NES Advantage is a first party arcade style controller designed and manufactured by Nintendo for the Nintendo Entertainment System.   The controller was released in July 1987 and was promoted as providing an authentic arcade experience.

The controller was designed to simulate the look and feel of the control layout of arcade cabinets, with the goal to bring the arcade experience into the living room.  Unlike arcade cabinets Nintendo chose to use rubber switches for the buttons and joystick similar to how they design their standard controllers opposed to using microswitches.  The build quality of the controller was very impressive, the device was composed of a rugged plastic exterior case with a stainless-steel bottom plate, and four rubber feet to prevent it from sliding when used on a tabletop.

In order to allow for a multiplayer experience Nintendo designed the cord of the controller to have two connectors.  The cable was split near the end with one connector marked with a white stripe on the cord, this would act as player 1 while the solid black cable would act as player 2.  For games where multiplayer is sequential, and the NES Advantage is being shared for each turn players would have to toggle the “Player” button on the controller between 1 and 2 to allow from the controller to understand which controller port on the console to use.  For simultaneous two-player games players would only plug in the white striped cable into the Nintendo Entertainment System and plug a separate controller into the system. 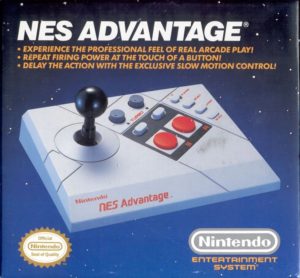 Nintendo incorporated several additional features into the controller on top of just providing an arcade style layout and experience.  A unique turbo feature was implemented into the controller by placing a turbo on/off toggle button above the A and B button for individual control of each button.   When the turbo feature is enabled for either button the rate of control could be adjusted by turning the corresponding turbo dials located above each button.  Underneath each turbo control dial is an LED light that acts as a turbo rate indicator.  The turbo rate indicator light would flash according to the rate in which the button would be repeatedly pressed, this allowed players to finetune the turbo setting to get the best results for the game they are playing.

In addition to the very useful and unique turbo features of the controller Nintendo included a pseudo slow motion feature.  The slow-motion feature was not as detailed or elegant as the turbo feature.  The slow-motion feature can be toggled on and off by pressing the “slow” button, but it can not be adjusted like the turbo buttons.  The slow button essentially works by enabling a turbo setting to the start button, it would rapidly pause and un-pause the game to simulate a slow down effect.   This worked well for a handful of games but was not compatible with all games or just did not work well depending on how the pause screen for the game was designed.

The NES Advantage can be seen in the intro of Captain N: The Game Master as the main character Kevin Keene is using it to play Punch-Out!! before being transported to Videoland.  It was also featured in the climax of the 1989 blockbuster hit Ghostbusters II to control the Statue of Liberty.

Rewind Mike is a YouTube channel that started in 2014 with the goal to deliver everything from retrospectives and reviews to recent pick-ups. 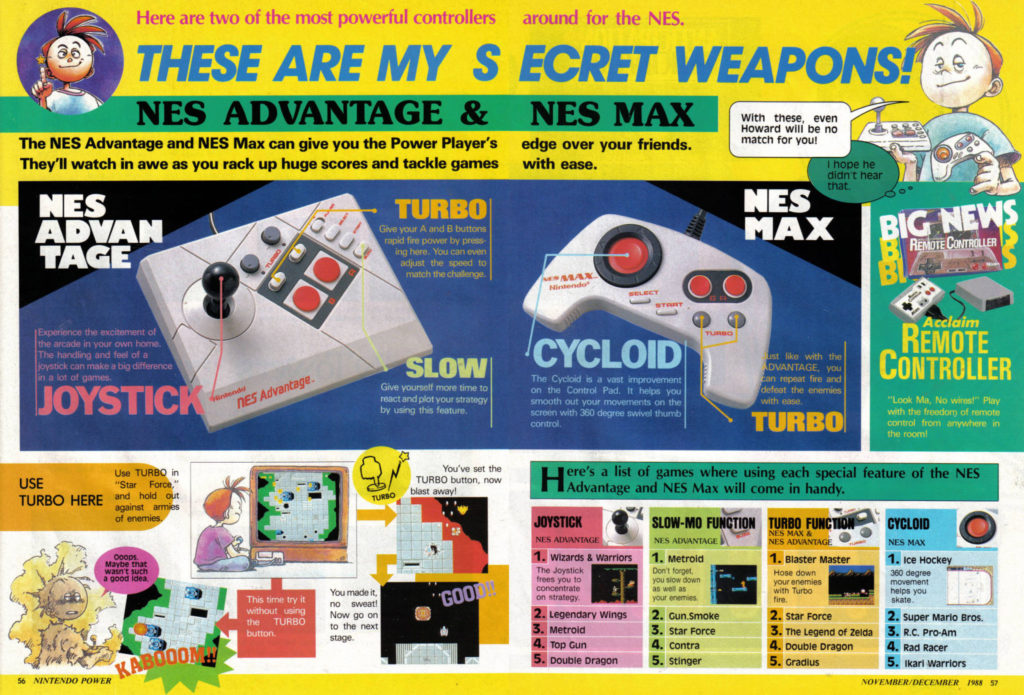 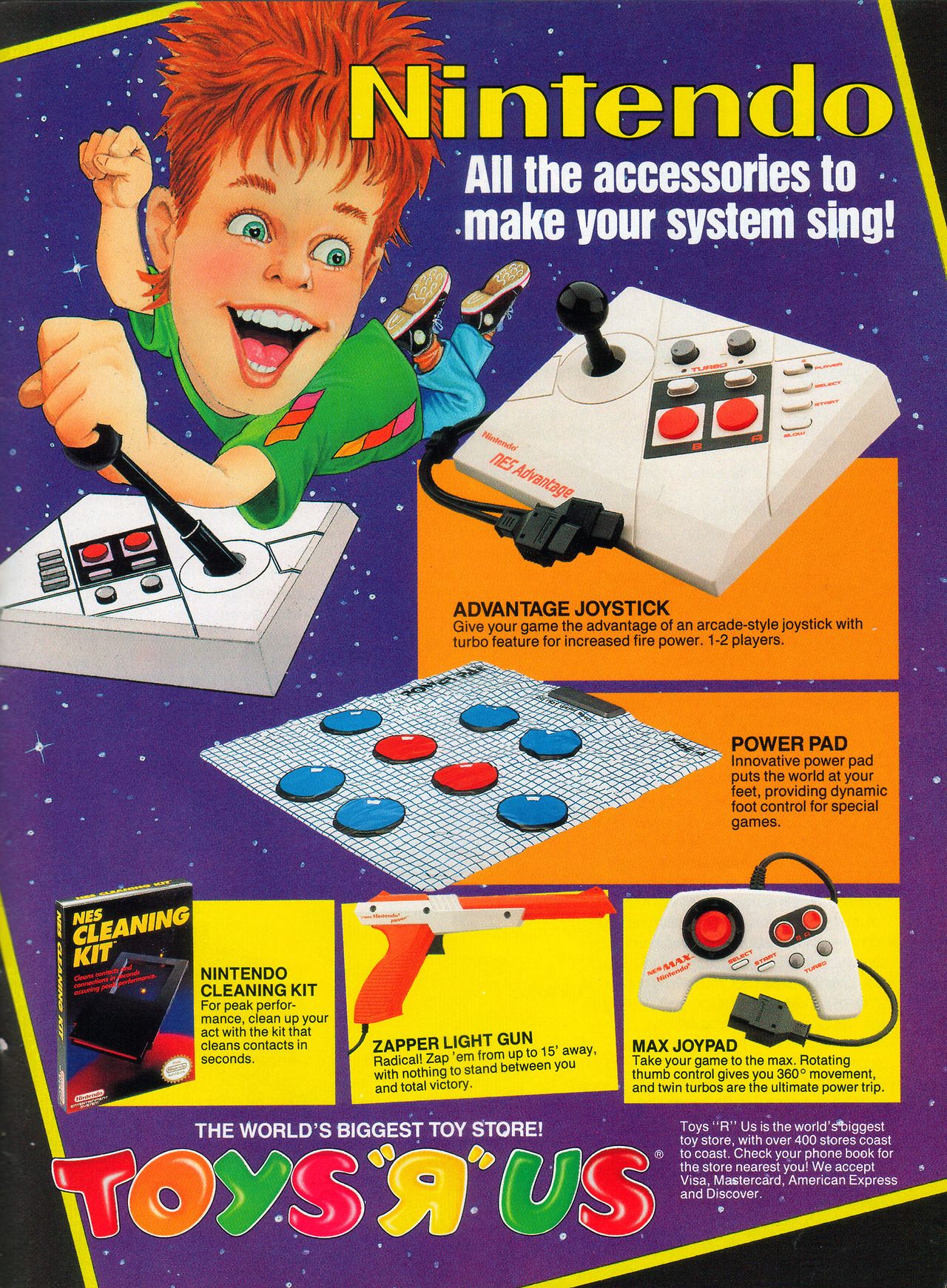