Game & Watch was a series of handheld video game systems designed and manufactured by Nintendo from 1980 to 1991. Conceived and created by Gunpei Yokoi, each Game & Watch handheld featured a single dedicated built in game. The series of handhelds were Nintendo’s first entry into the handheld video game market and was Nintendo’s first home consumer product to gain mainstream success.

During his daily commute Yokoi noticed a bored businessman on the train playing with an LCD calculator to pass time. From observing the man, Yokoi conceived the idea of a device that would act as both a watch and a miniature video game which could be used to pass time. Gunpei Yokoi’s concept would come to fruition with the creation of the Game & Watch line of handheld electronic games.

Released in 1980, Game & Watch: Ball was the first release in the Game & Watch Silver series, named after its metallic faceplate. Yokoi continued to evolve and refine the Game & Watch series over the release of 60 different hardware releases between 1980 and 1991. In early 1981 they debuted the Gold series, in mid-1981 a wide screen series and in 1982 introduced the Multi Screen series which would later be reintroduced when the Nintendo DS was released in 2004. 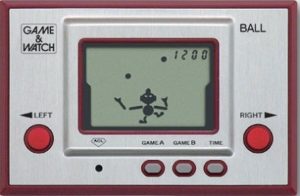 While developing a Donkey Kong port for the Game & Watch the development team were investigating ways to simulate the control of Mario as they were unable to use a joystick like in the original arcade game as it would reduce the system’s portability, Yokoi came up with the idea of the direction pad (D-pad). Early Game & Watch systems had a button for each action such as moving left and right or jumping. However, for the new system the team introduced the “cross” directional pad, a flat, four-way directional control with one button on each point. The D-pad became one of the most important controller innovations and has been incorporated in various forms in every major video game console since in conception in 1982.

Most titles featured a “Game A” and a “Game B” button, with Game B usually being a faster, more difficult version of Game A. Although the majority of the games sported a harder difficulty mode, there were a handful of exceptions. In the game Squish Game B is radically different as the player must touch aliens to eliminate them as opposed to avoiding moving walls. In the games Judge, Boxing, Donkey Kong 3 and Donkey Kong Hockey, Game B is a two-player mode, while the games Climber, Balloon Fight and Super Mario Bros. do not have a Game B option at all.

The Game & Watch series of devices were a massive success for Nintendo going on to sell a combined total of 43.4 million units worldwide over its lifecycle. Nintendo reintroduced the series by releasing the Game & Watch Gallery series, five compilation games released for the Game Boy, Game Boy Color and Game Boy Advance between 1995 and 2002. The games featured the original ports, as well as a new modernized version starring the Super Mario characters. Ball was rereleased exclusively through Club Nintendo to celebrate the 30th anniversary of Game & Watch and on November 13, 2020 Nintendo released a limited edition Super Mario Bros. Game & Watch to celebrate the 35th Anniversary of Super Mario Bros. During the 35th Anniversary of The Legend of Zelda, Nintendo once again created a limited edition Game & Watch handheld containing three Legend of Zelda games and a modified version of the Game & Watch game Vermin starring Link.  The Game & Watch made handheld video game consoles vastly popular, paving the way for other electronic handheld games. 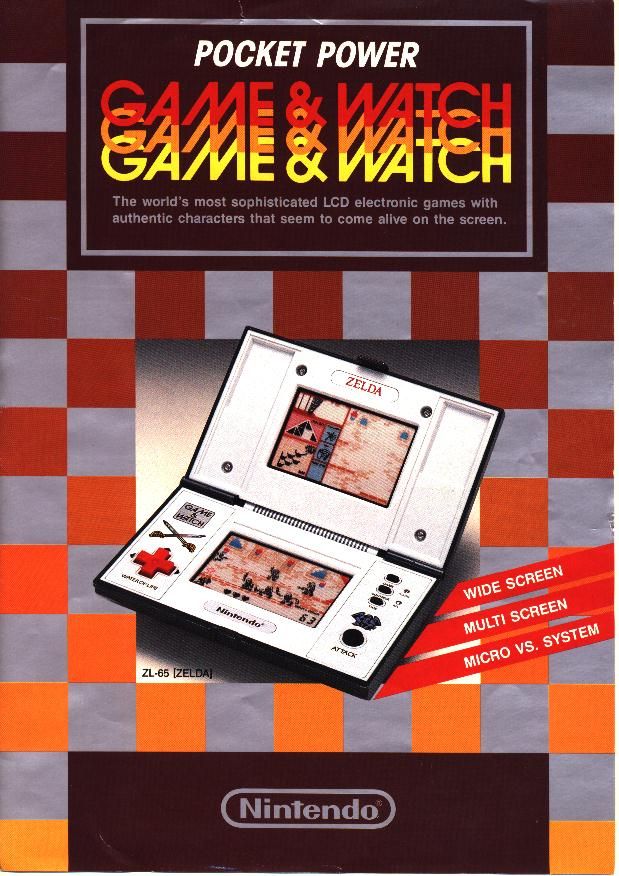