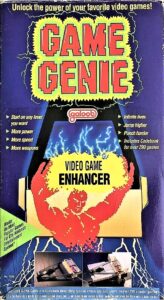 The Game Genie is a line of video game hardware devices that allow consumers to manipulate their games with the use of game codes.  Created by Codemasters, the hardware device was designed to attach to an existing cartridge then plug into the corresponding system to allow for gameplay manipulation. Models were created for the Nintendo Entertainment System, Sega Genesis, Super Nintendo, Game Boy and Game Gear.  The devices were marketed and distributed by the toy manufacture Galoob in the United States and Camerica throughout Canada.

Codemasters was a well-established British game developer and publisher that found success with the creation of high-quality low budget games for the ZX Spectrum, Amstrad CPC and Commodore 64.  As the video game market began to shift away from computer games in favor of home console games so did Codemasters.  While transitioning to home console game development the studio formed a partnership with Camerica, a Canadian video game company that were manufacturing and releasing unlicensed video games for the Nintendo Entertainment System.  Codemasters became notable for making the majority of the unlicensed games published by Camerica, which bypassed Nintendo’s lock-out chip designed to only allow Nintendo authorized games to run on the Nintendo Entertainment System.

In 1990, the studio developed a device for the Nintendo Entertainment System that allowed players to modify game data in order to cheat or access functions that were not being used.  The pass-through device attached between a game cartridge and the console.  When attached players would be presented with a menu once the console was started where a game code could be entered.  Referencing addresses in the ROM of the cartridge, each code contains an integer value that is read by the system in place of the data actually stored on the cartridge.  This allowed players to manipulate various aspects of their games such as increasing health meters, extra lives, unlimited continues, infinite ammunition, level skipping and character invincibility. 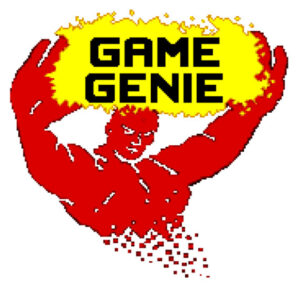 Codemasters felt that their device known at the time as the Power Pak would be a good way to enter the console market, providing gamers with the ability to control their games in new and unique ways.  Already having a relationship with Camerica the development studio partnered with them to manufacture and distribute the device rebranded as the Game Genie in Canada and the United Kingdom.  In order to distribute their product in America they formed a relationship with Galoob.  The devices were packaged with a booklet of codes for use with various games available for the system.  As new codes continued to be created after the distribution of the product, Galoob created a paid subscription service where subscribers would receive quarterly code updates.   In addition to the subscription service, Galoob also published advertisements in popular video game magazines that featured codes for newer games.

Nintendo was not pleased with the release of the Game Genie and felt that the device was contributing to copyright infringement.  Nintendo proceeded to sued Galoob, claiming that the Game Genie created derivative works in violation of copyright law.  Sales of the Game Genie were halted in the U.S. while the case Galoob vs Nintendo went through the legal system however sales of the device continued in Canada by Camerica.   While the U.S. legal system shut down distribution of the Game Genie in the United States while the lawsuit was in trial, Canadian courts had a different point of view on the situation and continued to allow the distribution of the Game Genie in Canada.  This resulted in multiple advertisements being placed in popular video game magazines stating, “Thank You Canada!” for their foresight to continue allowing the product to be sold.

After a lengthy trial the U.S. courts decided that since the changes made by the Game Genie to the game code was only temporary and could not be saved that it did not result in any derivative works.  Nintendo lost the lawsuit and the distribution of the Game Genie in the United States resumed.  Codemasters responded by assigning additional resources to the concept of creating game manipulation devices turning the Game Genie from a device solely designed for the Nintendo Entertainment System into a product line.   By 1993 more than half of the company was devoted to developing the product line, creating versions of the Game Genie for the Super Nintendo, Genesis, Game Boy and Game Gear.

The design of the original Nintendo Entertainment System model was very difficult to insert into Nintendo’s revised Top Loader system which released in 1993.  In order for the device to be inserted into the Top Loader it needed to be pressed down very hard.  In order to address this issue Codemasters created an adapter which Galoob offered to owners via mail or by calling the telephone number printed in the product’s instruction manual and request the adapter for the new NES model.

Unlike Nintendo, Sega embraced the Game Genie and fully endorsed the devices with their official seal of approval.   Using the Genesis model consumers could utilize the device as a simple pass-through device to get around region locks.  Most games in the Genesis / Mega Drive library are only locked to their respective regions by the shape of the cartridge and in a few cases a set of a few bytes in the header of the ROM.  A Sega CD version was in development and was designed to fit in between the Sega CD and the Genesis.  The device would intercept code as it passed in between the two systems.  The Sega CD model was shelved due to market condition changes.

The Game Genie was a very successful product line for Codemasters with the original Nintendo Entertainment System model selling over five million units worldwide.  The sheer success of the product has seen most video game console emulators incorporate support for Game Genie codes.  Codemasters began the development of a “Game Genie 2” in mid 1993.  The prototype was being developed for the Super Nintendo and had many improvements over its predecessor.  The device was substantially more powerful and contained many new features such as the ability for users to find their own cheat codes, selectively activate cheats mid game, enable a slow motion mode and automatically save certain data onto the device itself which could be recalled upon request.  A fully working prototype of the device was completed but ultimately the project was cancelled.  The development studio chose to move away from developing hardware manipulation devices in favor of focusing on video game development and publishing.  While Codemasters exited the business of creating hardware manipulation devices other companies started to produce similar type of devices such as the Code Breaker and GameShark. 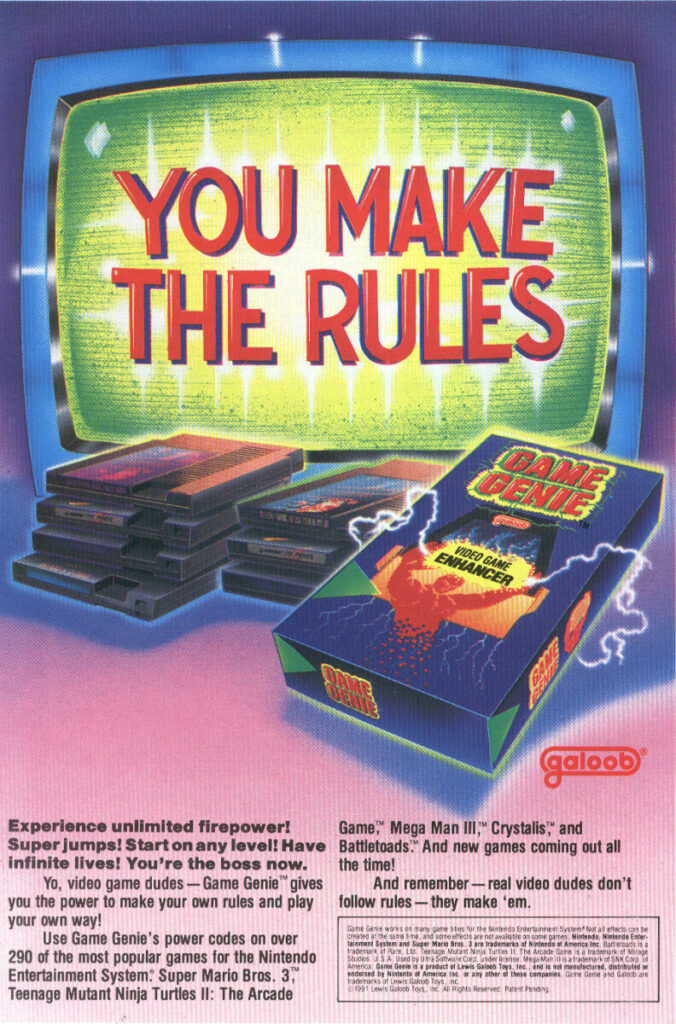