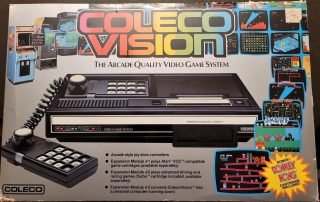 The ColecoVision is a second-generation home video game console that was designed and manufactured by Coleco.  Coleco entered the video game market in 1976 with their Telstar line of dedicated home consoles.  When the market for dedicated consoles became oversaturated with Pong clones Coleco shift focus to producing a line of miniature tabletop arcade games with license rights from various video game developers such as Sega, Midway and Nintendo.

Coleco was able to sustain enough sales in the video game market through 1982 while still manufacture toys as their core business.  Coleco CEO Arnold Greenberg was interested in pursuing the creation of a home video game console with interchangeable cartridges like the Atari VCS but with much more graphical capabilities.

In August of 1982 Coleco entered the console market with the release of the ColecoVision. The ColecoVision was similar in style to Mattel’s Intellivision and approach at being expandable by offering hardware add-ons. The ColecoVision was more powerful than any of its competitors when the system launched. Coleco took a different approach than Mattel by working with established companies that had popular arcade titles to get them ported to their new console instead of focusing on creating new content. The ColecoVision was powerful enough to have arcade games ported to it without any loss in graphics or gameplay.

Coleco was able to offer the best arcade experience in a home console and was able to obtain exclusive content from arcade manufactures like Sega, Konami and Nintendo. The system was released with the enormously successful arcade game “Donkey Kong” bundled in with the system and sold for $175. The ColecoVision was an instant hit and sold over a million units within its first year on the market.

Coleco’s Expansion Module did not emulate an Atari 2600 environment but was simply an Atari 2600 hardware clone. The hardware add-on only used the ColecoVision console for power and its RF connector to send video output to a television set. Atari instantly threatened to sue Coleco over the creation of the Expansion Module but Coleco’s legal team concluded that it would be completely legal to clone the Atari 2600 since all of its components were off the shelf hardware with no copyrightable software. Atari pressed this by taking Coleco to court for patent infringement, however a court ruled in Coleco’s favor just as Coleco’s legal team concluded. Since the Expansion Module did not infringe on Atari’s patents for the 2600, this opened the market for other companies to release Atari 2600 clones. Coleco even decided to make a stand-alone Atari 2600 clone named the Gemini which incorporated both a joystick and paddle on the same controller.

The video game market soon became over saturated with competing console manufactures and a flood of low-quality games. The practice of quantity over quality became too common leaving many unsatisfied customers with their purchases. The market share was no longer sustainable resulting in the great video game crash of 1983. Revenues for video game makers dropped almost 97% in only two years. The crash almost destroyed the then-growing industry and cause newly entering companies to look for new and unique ways to win back customers. Ultimately this is what drove Coleco out of the video game hardware industry. 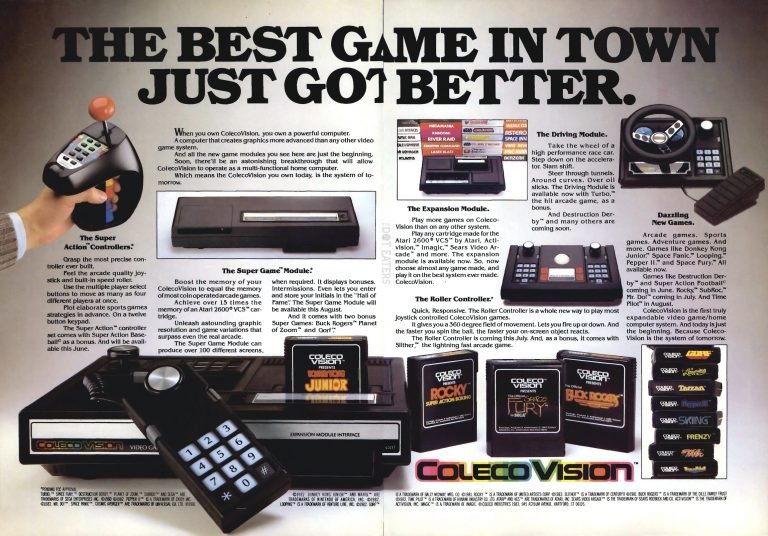 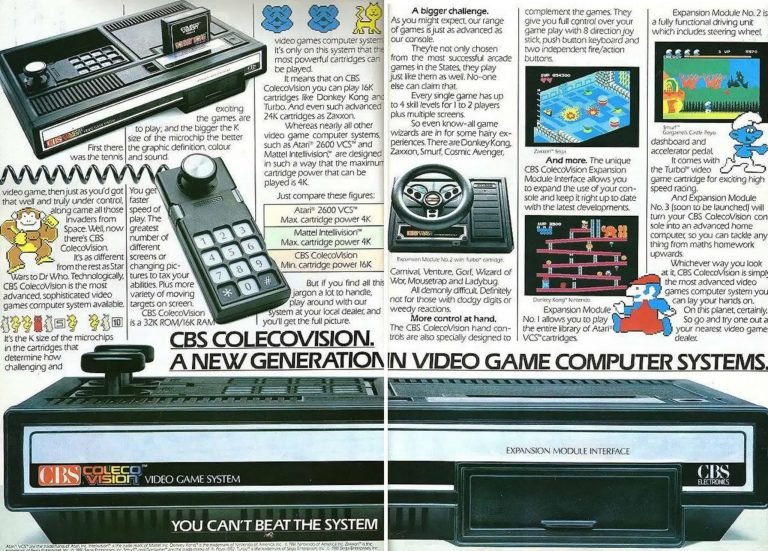