The 3DO Interactive Multiplayer is a fifth-generation home video game console designed by “The 3DO Company” and manufactured by various companies such as Panasonic, GoldStar and Sanyo.  The system was the first fifth-generation console to launch on the market and quickly became commonly referred to as just the 3DO.

The concept of the 3DO was conceived by Trip Hawkins, the founder of Electronic Arts.  His vision was to design a console that would not be manufactured by The 3DO Company but instead provide a series of specifications that could be licensed by third party companies who could then manufacture and sell the console.

In 1991, Hawkins stepped down as CEO of Electronic Arts to pursue other interest.  He led Electronic Arts for more than a decade as the company evolved from a small computer software publisher to a major developer and publisher in the video game console market.  While Hawkins remained as the chair of the board for Electronic Arts, he stepped away from the day to day operations of the company to form The 3DO Company, a new company that would focus on video game console hardware.

Hawkins wanted to get involved in the video game console hardware market as the software market was at an all time high due to a rapidly growing consumer base.  He wanted to create a powerful next generation console which could be manufactured by various partner companies and licensees.  The 3DO Company would then collect royalties on every console sold as well as on each game manufactured. 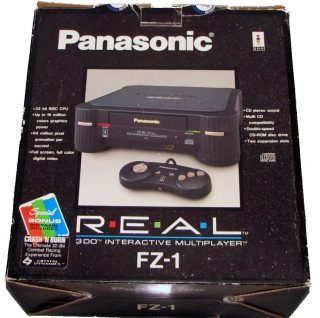 Panasonic was the first company to produce and release the 3DO Interactive Multiplayer console which released on October 4, 1993 for a staggering $700 USD.  The MSRP of the console was more than double the price of previous released video game consoles that the market was accustom too.  Different hardware variations of the console were released in 1994 by GoldStar and in 1995 by Sanyo.

Despite being the most advance and power video game console on the market when it launched the system failed to appeal to a large audience due to it exorbitant price and weak selection of high-quality games.  The system was plagued with games that featured full motion video sequences at the expense of gameplay.   While full motion video was state-of-the-art at the time, video game developers were not implementing it into games to enhance gameplay but instead to show off the capability of the system leaving a shallow experience. 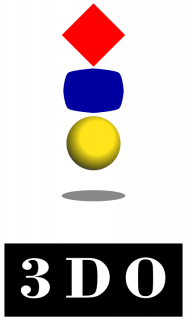 In July of 1994, Hawkins resigned from the board of directors at Electronic Arts to continue his focus on the 3DO Company.  The 3DO business model was to attract game developers and publishers by offering a much lower software royalty rate than Nintendo and Sega however publishers quickly lost interest in the system due to its small market share.   The 3DO was unable to secure a large enough install base for publishers to take advantage of the lower royalty rate and they were able to make more money by paying larger royalties while selling more units to a larger customer base.

Interest in the 3DO Interactive Multiplayer further diminished as new consoles released that were more advance and powerful but at a lower price point.   When the PlayStation launched in December 1994 any remaining interest in the 3DO was lost and the company had to change direction.  They were no longer able to claim that their console was the most powerful and advanced technology on the market.  They responded by working with the hardware manufactures to lower the systems price to $299 and announced a successor to the system, the M2. 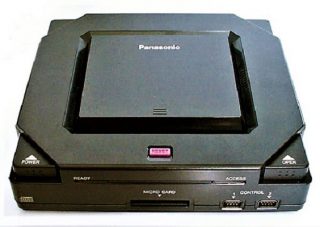 The M2 was initially announced as an add-on for the 3DO to assure consumers that their investment in the 3DO Interactive Multiplayer console would not be wasted and that the system would continue to be supported.  As the development of the M2 evolved the system changed directions and it was revealed that the M2 would be an entirely separate console instead of an add-on to the 3DO, however would be fully backward compatible with the 3DO.

In late 1995 four M2 games that were in development were shown to the public to promote the upcoming console, one of which was ClayFighter III.  As development of the M2 console progressed The 3DO Company changed direction from their initial plan to license the console to multiple manufactures as they had done with the 3DO Interactive Multiplayer, instead they decided to sell the exclusive rights of the M2 to Panasonic.

By mid 1996 the status of the now labelled Panasonic M2 became unknown and their console launch strategy was unclear.   By fall 1996, prior to the Panasonic M2’s eventual cancellation, Interplay Productions announced that the development of ClayFighter 3 had shifted to the PlayStation and Nintendo 64.  Panasonic eventually decided to abandon the video game console market and cancelled the M2.

By the end of 1996, the 3DO Company stopped developing hardware and transitioned their business model to focus solely on software development.  They began developing games for the PlayStation, PC and other consoles for the next several years before going bankrupt in May 2003. 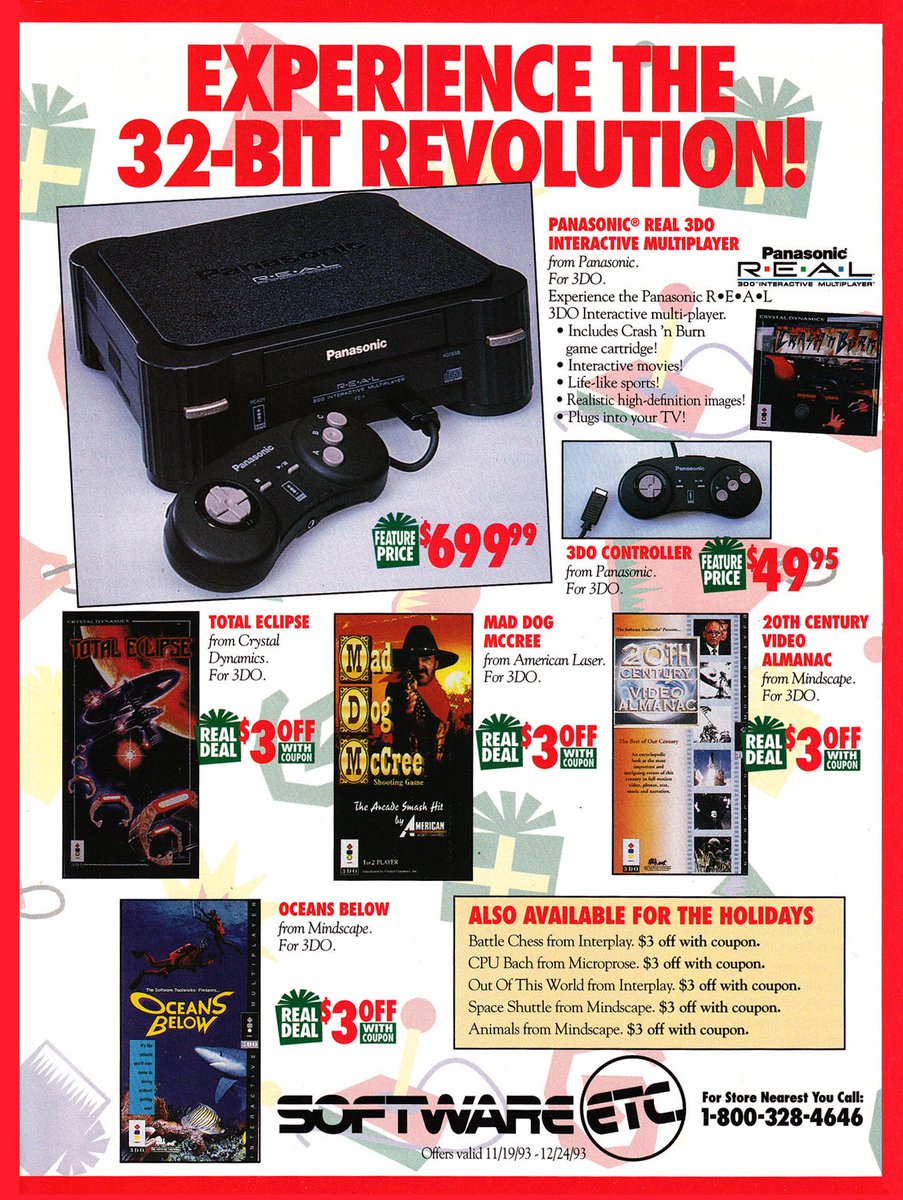 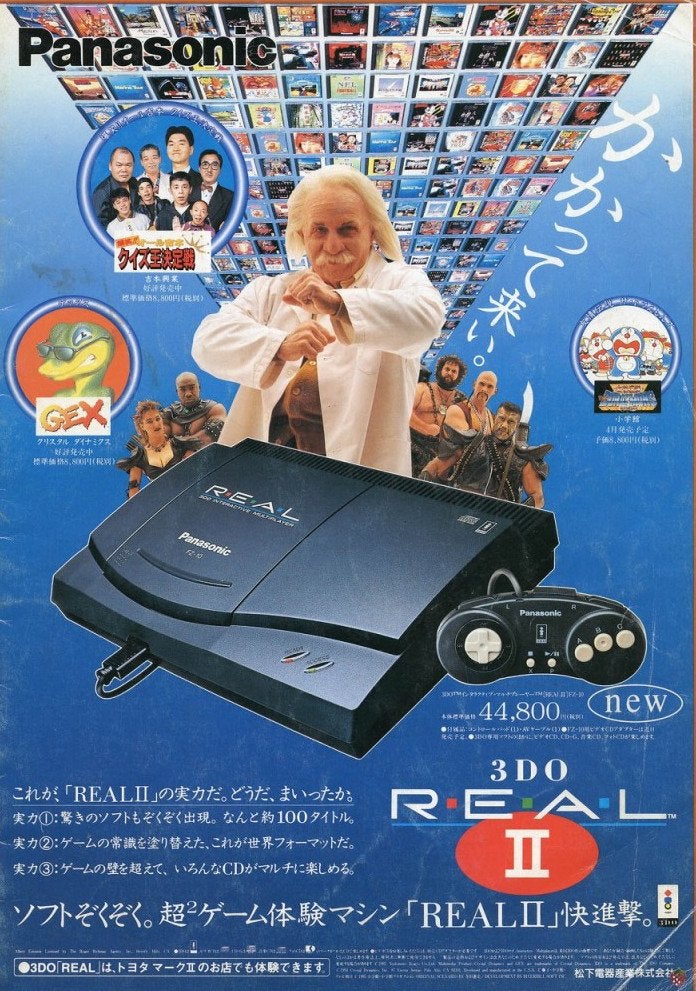 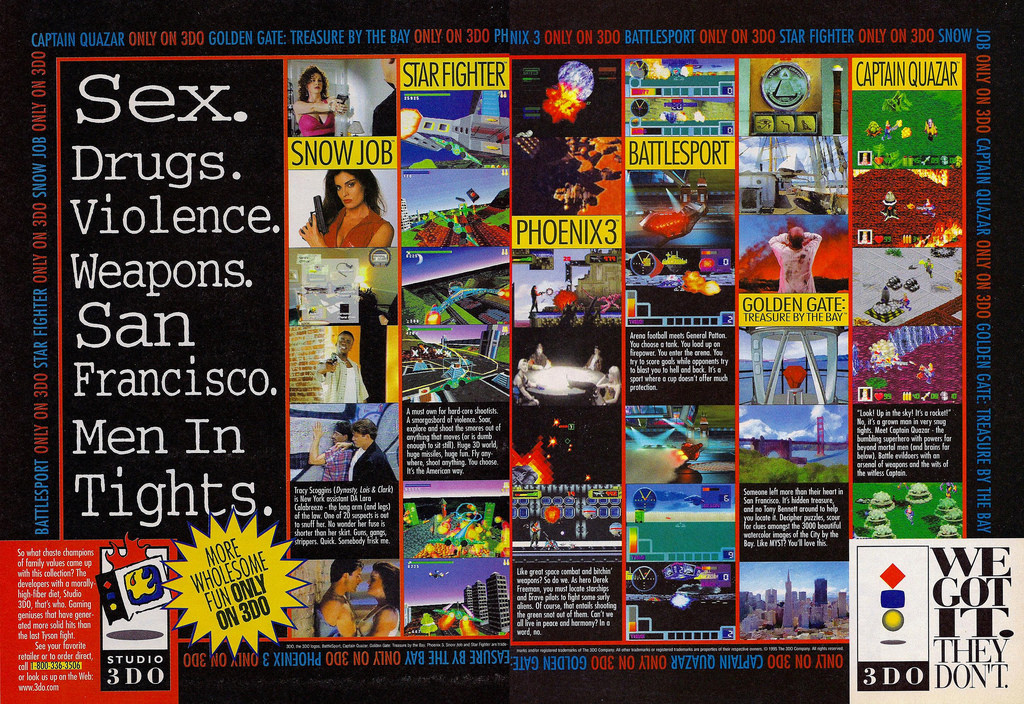