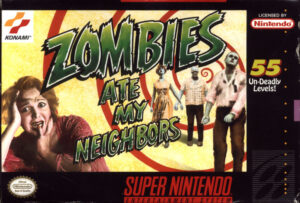 Zombies Ate My Neighbors is a run and gun video game developed by LucasArts and published by Konami. The game was primarily developed for the Super Nintendo with the decision to port the game to the Sega Genesis approximately halfway through development.

The concept for the game evolved out of a bitmap graphics engine demo created by LucasArts designer Mike Ebert. The bitmap graphic engine was developed by programmer Ed Kilham and was capable of being controlled by simple ‘C’ code. Ebert was sharing an office with Kilham at the time and was familiar with the ‘C’ programming language. He began to create some graphic and game demos for the engine, one of which was a side-scrolling game about saving people from monsters which later evolved into Zombies Ate My Neighbors.

When LucasArts decided to turn the demo into a game one of the primary changes that was made was to alter the perspective from a side view to a 3/4 top down view. The change in perspective was inspired by Ebert’s fondness of Robotron and Smash TV. The premise of the game was to collect various weapons to defeat monsters and save the surrounding neighbors in the style of a top-down shooter. The final game allows one or two players to take control of the lead protagonists Zeke and Julie in an effort to rescue their neighbors from monsters that were commonly seen in horror movies. The enemies in the game were based on classic horror movie characters from the 1950s as well as a few from the 1980s. 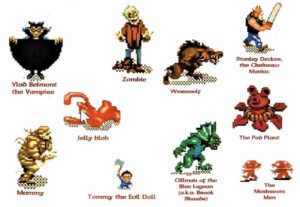 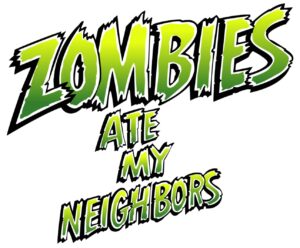 The game introduced unique resource management design elements which would later become more common place in survival horror games such as Resident Evil during the next console generation. Players would have the ability to use as few weapons as possible to progress through the early stages of the game, saving their weapons to utilize on harder levels. The strategic aspect of having to keep the neighbors alive along with the unique resource management design allowed players the ability to decide how they wanted to progress through the game. If players choose to rescue more neighbors it would take more time and resources in order to keep them alive but if they chose to rescue fewer neighbors then less resources would be required however would risk losing the game if the total number of rescued neighbors drops to zero.

The development team created 20 uniquely different levels with fairly distinctive game play then adapted those levels to create an additional 36 for a total of 56 levels in the game. Among the various 56 levels were a number of hidden levels including a credits level, “Monsters Among Us”, that placed the players in the LucasArts office. Players could explore the game studios office and interact with various members of the development team to find out their role in the title. The level also included a number of surprise cameos, including Day of the Tentacle’s purple tentacle, Sam & Max designer Steve Purcell dressed as Indiana Jones and George Lucas.

The game released for the Super Nintendo and Sega Genesis in 1993 to rave reviews however did not become a massive commercial success. The game was well received for its graphical style, humor and deep gameplay but lacked a good marketing campaign by the game’s publisher, Konami. The game did do well enough to spawn a sequel, Ghoul Patrol, the following year.

Overview of Zombie Ate My Neighbors

Cannot be Tamed is a YouTube channel hosted by Pam who provides a different perspective on retro, indie and new video games. 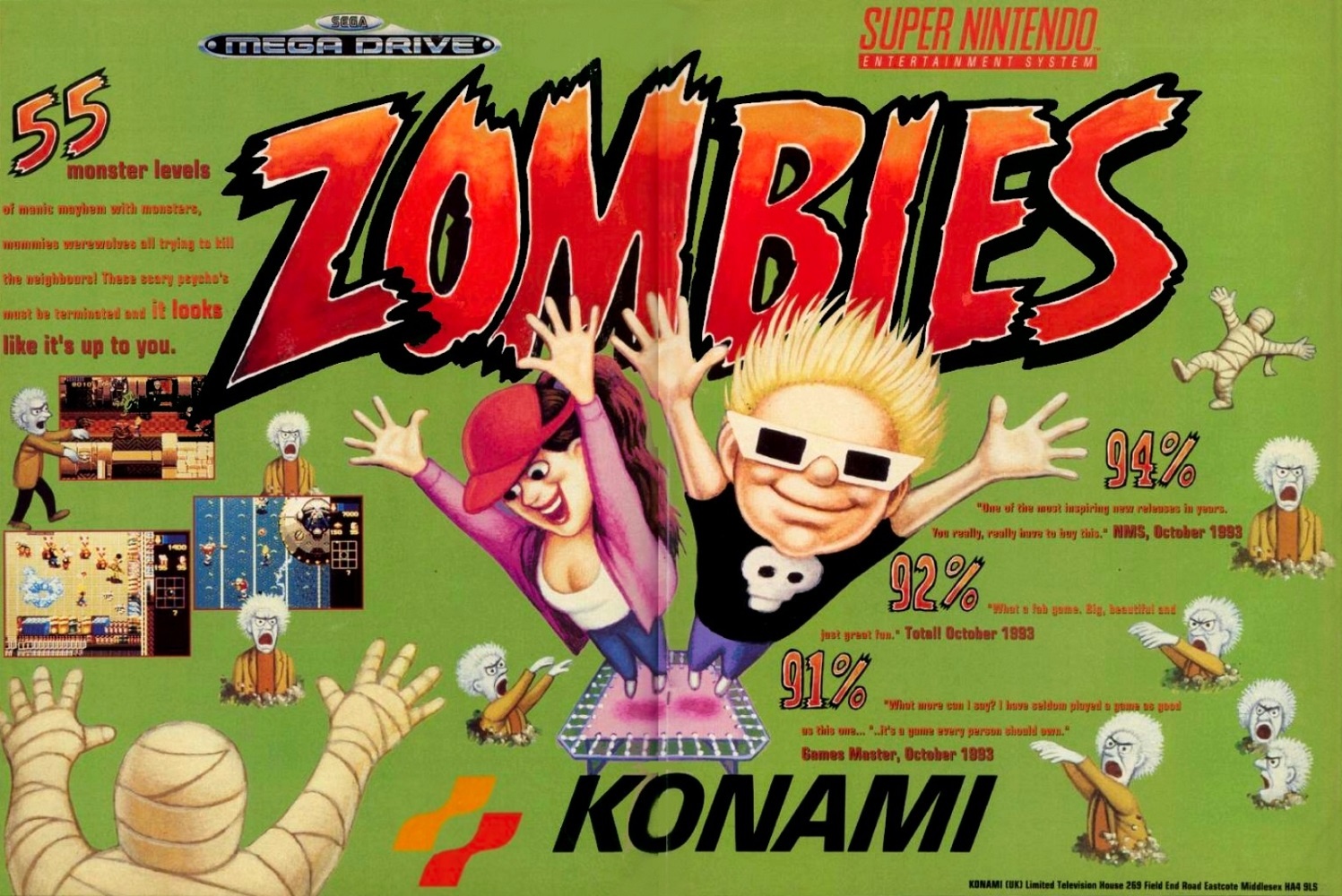