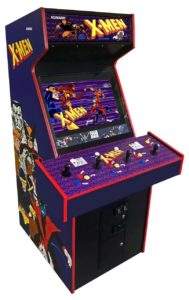 X-Men is a 1992 arcade video game developed and published by Konami. The arcade cabinet was distributed worldwide in a 4-player and 6-player version. The 6-player version was much rarer due to its sheer size of the cabinet coupled with the additional cost of the unit.

The 6-player version was very innovative for 1992, Konami implemented two continuous screens to make for an ultrawide display area. They achieved this by placing one screen in the usual position directly in front of the player and the other hidden below with a mirror used to reflect the image beside the first monitor creating the effect of a single ultrawide screen.

The game is a side-scrolling beat’em up that allows players to select between six different playable characters, Cyclops, Colossus, Wolverine, Storm, Nightcrawler or Dazzler. Depending on the cabinet the maximum number of simultaneous players varies up to six player co-op. At the beginning of the game the objective is to stop the villain Magneto and his Brotherhood of Evil Mutants from destroying the city. While the X-Men are battling to save the city in the first level of the game, Professor X and Kitty Pryde are kidnapped by Magneto adding the objective to rescue them from Magneto.

X-Men was an extremely popular arcade game when released in 1992 with popularity lasting throughout the early 1990s. In 2010, Backbone Entertainment developed a port of the Arcade game for the Xbox 360’s Live Arcade and PlayStation 3’s PSN service.

TNT Amusements Inc is a Southampton, PA based Arcade repair and restoration shop that also host a YouTube Channel detailing the process of Arcade Cabinet and Pinball Machine repair. 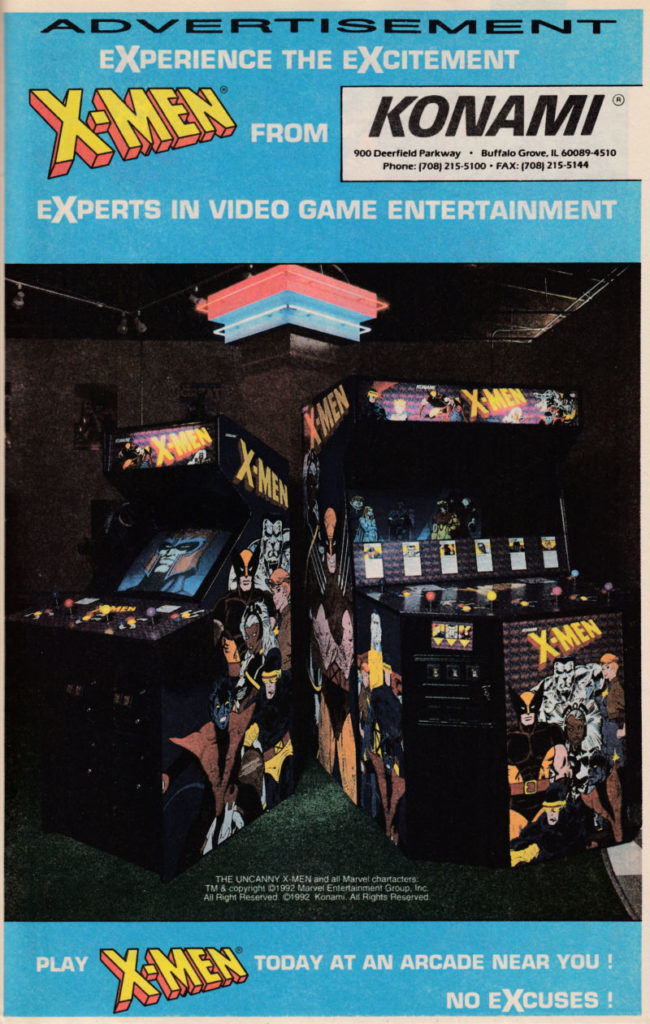