WWF WrestleMania is a wrestling video game developed by Rare and published by Acclaim for the Nintendo Entertainment System.  Released in 1989 the game is the first wrestling game to use WWF licensing for the Nintendo Entertainment System and the second game to use the WWF licensing with the first being MicroLeague Wrestling for the Commodore 64 and Atari ST.

Unlike MicroLeague Wrestling which was a wrestling simulation video game with turn-based strategy gameplay WWF WrestleMania is an action-oriented sports game.  The game marked the beginning of a long relationship between Acclaim and the WWF, a relationship that lasted over a decade.

Released a few months before WrestleMania V the game was used to help build anticipation for the event.  Rare used WrestleMania III’s tagline “Bigger, Better, Badder” into the game title screen and incorporated six of the most popular wrestlers of the time in the game: Hulk Hogan, André the Giant, “Macho Man” Randy Savage, “The Million Dollar Man” Ted DiBiase, Bam Bam Bigelow and The Honky Tonk Man.

The game features two game modes, an exhibition match and a tournament.  In the tournament players select a wrestler to use to compete against the other five wrestlers.   Players must defeat each of the five wrestlers in a series of matches to win the World Heavyweight Wrestling Championship belt.  Rare developed a follow up title the following year, “WWF WrestleMania Challenge” that was published by LJN.

The Dirty Game Room is a YouTube Channel that reviews retro video games, old school wrestling, movies and TV shows from the 80s and 90s. 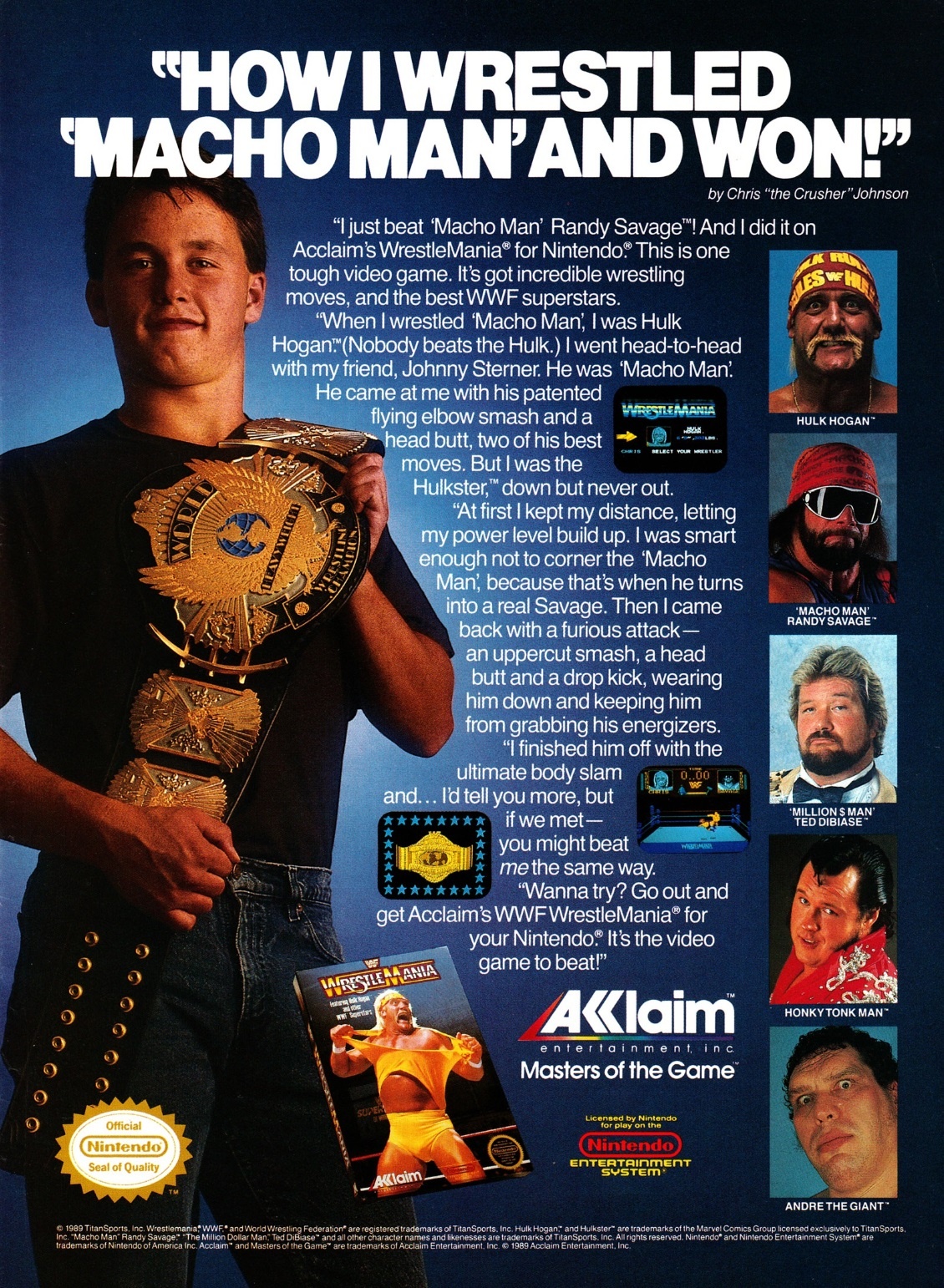