WWF WrestleFest is a wrestling video game developed and published by Technōs for the Arcade.  Released in June 1991, the game features famous wrestlers from the World Wrestling Federation (WWF).  The arcade cabinet was distributed in North America and Japan by Technōs and by Tecmo throughout Europe.

The game is a follow up to Technōs’ 1989 arcade game WWF Superstars.  The sequel adds a variety of different wrestlers to the roster, features enhanced graphics and sound.  The development team incorporated more voice samples into the game including commentary and pre-match introductions by WWF ring announcer Mike McGuirk and cut scenes featuring “Mean” Gene Okerlund.

Like its predecessor, WrestleFest simulates wresting matches featuring WWF stars however adds support for up to four simultaneous players and the ability to insert more coins into the cabinet to purchase additional energy.  Players have the ability to select between a Royal Rumble mode and a Saturday Night’s Main Event mode.   In the newly added Royal Rumble mode players pick one wrestler to compete in a Royal Rumble match while the Saturday Night’s Main Event mode players select two wrestlers to form a tag team in a quest to take them through a series of matches to earn a title match against the Legion of Doom.

Technōs boosted the roster to include ten playable WWF wrestlers including, Hulk Hogan, The Ultimate Warrior, Ted DiBiase “Million Dollar Man” and Big Boss Man all of whom were available in the game’s predecessor, WWF Superstars.   Along with the original roster Jake “The Snake” Roberts, Earthquake, Mr. Perfect, Sgt. Slaughter, Demolition Smash and Demolition Crush were added to the games roster.  The Legion of Doom (Hawk and Animal) are also included in the game however are not playable characters, instead the tag team duo was incorporated as a non-selectable boss tag team.

The arcade game received respectable reviews upon release and was one of the more popular games in arcades in 1991.  On February 21, 2012 THQ released a remake of the game for iOS featuring both current and former wrestlers under the slightly renamed title WWE WrestleFest.  The remake introduced a roster of more modern wrestlers from WWE such as The Undertaker, John Cena, Randy Orton, Rey Mysterio, The Rock, Stone Cold Steve Austin and Randy Savage.  In addition to the return of the Saturday Night’s Main Event and Royal Rumble game modes, the remake also featured standard one-on-one, tag team, steel cage and gauntlet match types, along with online multiplayer. The game also included “Road to WrestleMania” mode, where the player goes through a series of matches to try to win various WWE titles.  A series of downloadable content packs were released for the game, featuring additional wrestlers and arenas. 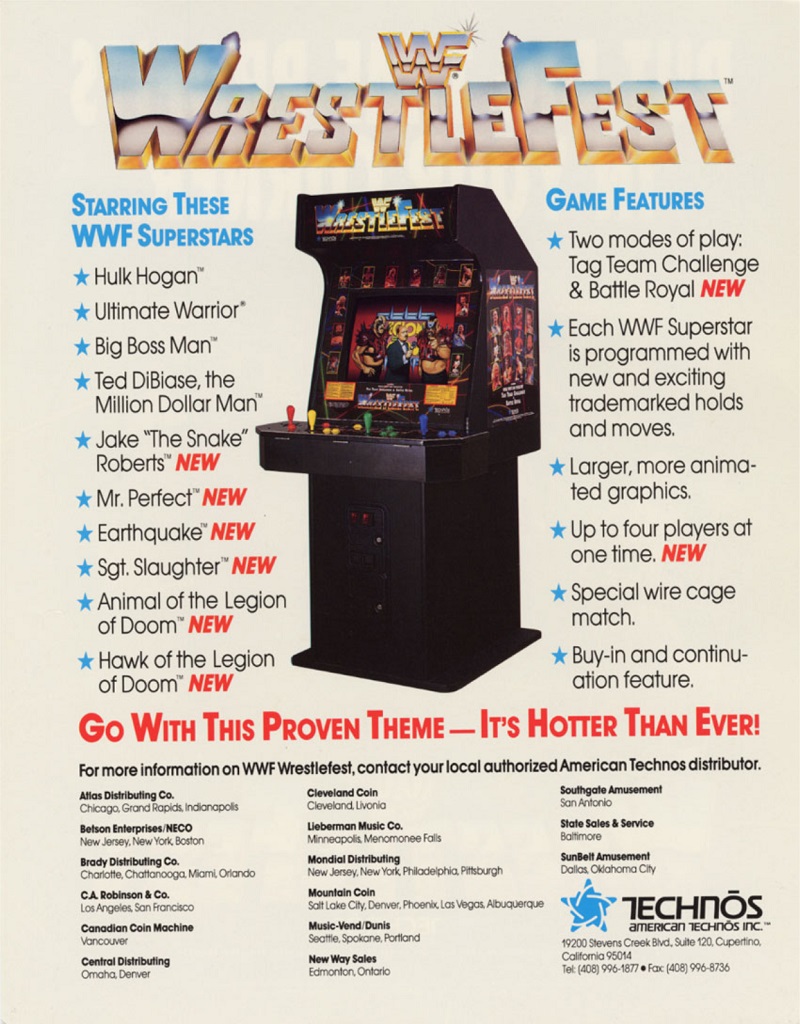 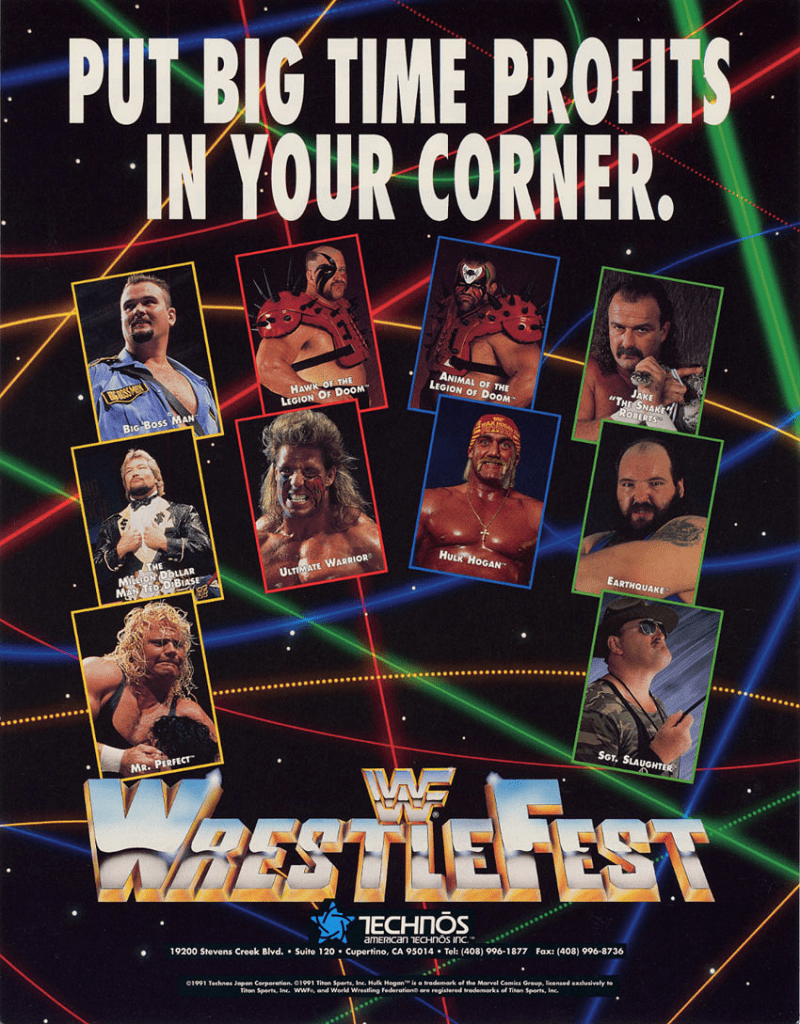 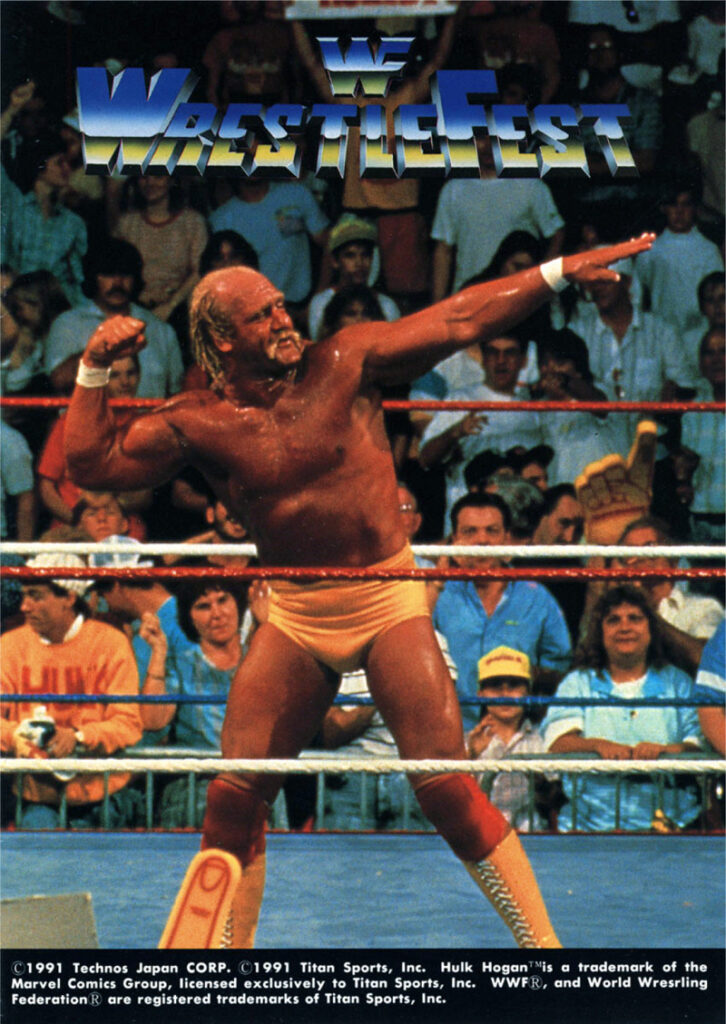 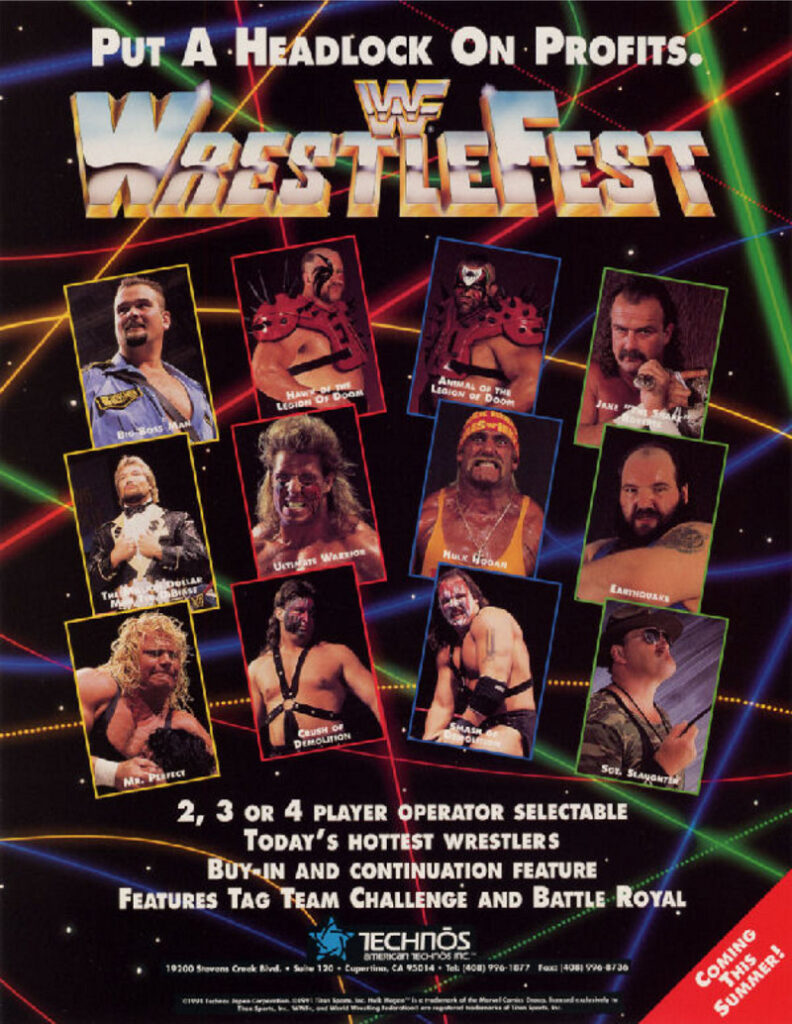