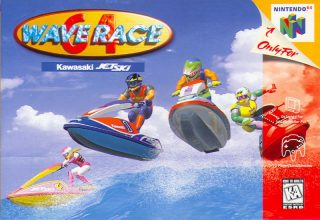 Wave Race 64 is a racing video game developed by Nintendo EAD and published by Nintendo for the Nintendo 64.  The game is the second installment in the Wave Race series and was a follow-up to the 1992 Game Boy title Wave Race.

The conception of the game can be traced back to the early stages of the development of the Nintendo 64 console.  While experimenting with the Nintendo 64’s Silicon Graphics technology, one of the programmers at Nintendo created a tech demo that served as an example of the game’s wave programming.   The tech demo drew the attention of Shigeru Miyamoto and he assigned a team of resources to brainstorm and come up with creative ways to utilize the wave programming to create a game for the upcoming console.

During initial development the game was fundamentally different from what would eventually be released.   The development team incorporated high-speed boats that had transforming capabilities, allowing players to switch between a wider more stable catamaran style boat to a more streamline canoe style boat.  A beta version of the game was shown at the 1995 Nintendo Shoshinkai trade show and was compared to F-Zero.  Many began referring to the game as F-Zero on water as the futuristic boats shown in the demo rocketed through courses consisting of canals, rivers, pipes and other areas which resembled a very similar gameplay style as F-Zero. 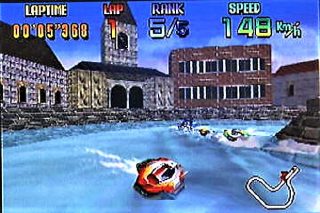 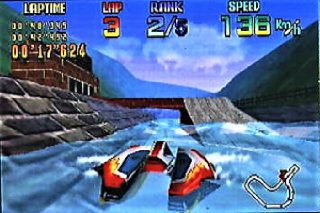 As development progressed the various styles of boats were replaced with Jet Skis to make the game more similar in nature to the 1992 Game Boy Wave Race game.   Implementing the use of Jet Skis also made the game feel unique when compared to similar games that where released on other systems which used boats.  The use of Jet Skis allowed the developers to incorporated maneuvers that worked far better in the realistic water then they could implement with the use of boats.

Wave Race 64 released a few months after the launch of the Nintendo 64 and was an instant success.  The game received positive reviews and was deemed at the time to be one of the greatest racing games released for a home console.  The game became one of the best-selling Nintendo 64 games, selling approximately 2.94 million units and paved the way for a GameCube sequel in 2001 with the release of Wave Race: Blue Storm.

Footage of Wave Race 64 beta that was shown at the 1995 Nintendo Shoshinkai trade show.  The early beta included transforming boats and resembled the gameplay style of F-Zero. 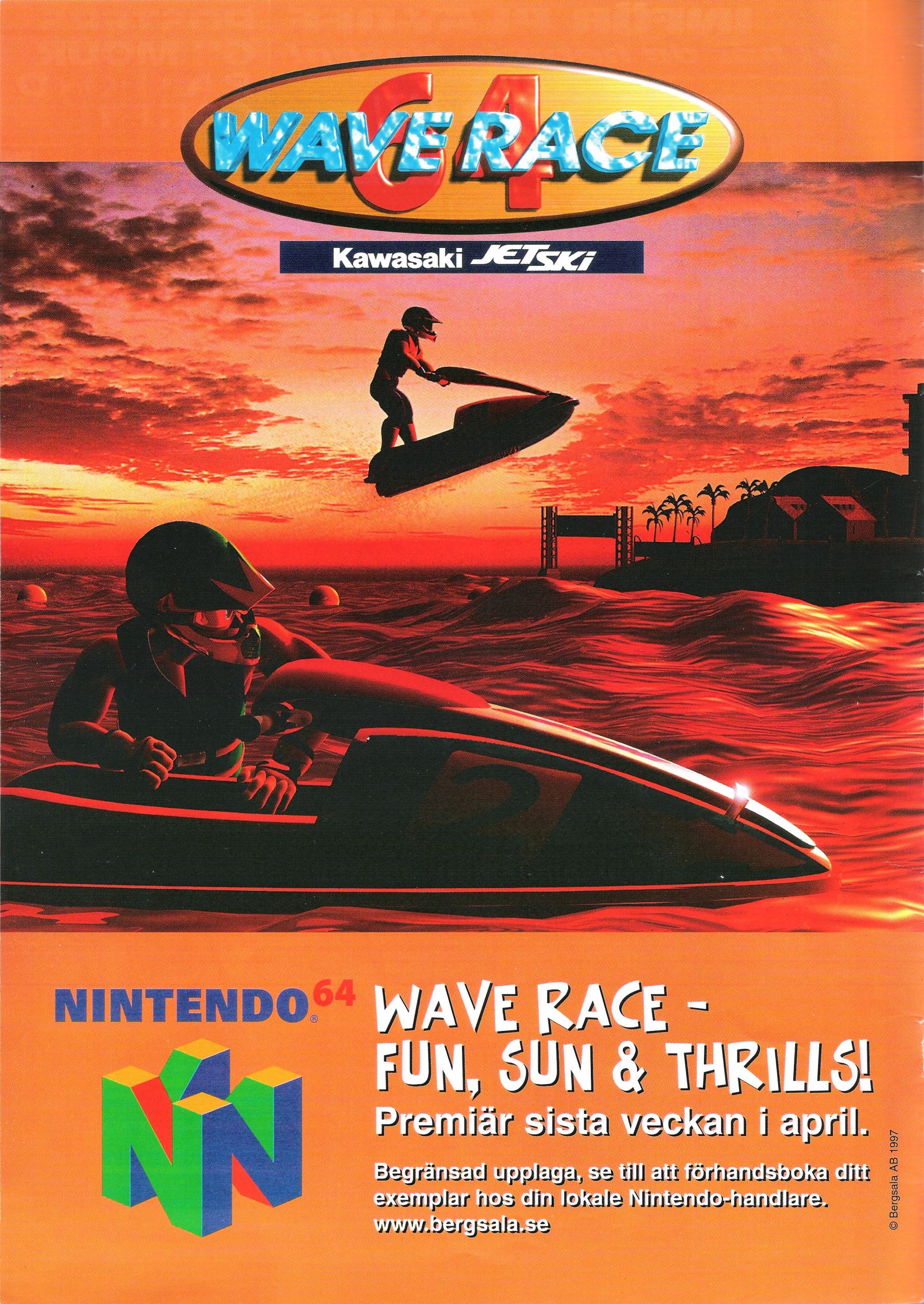 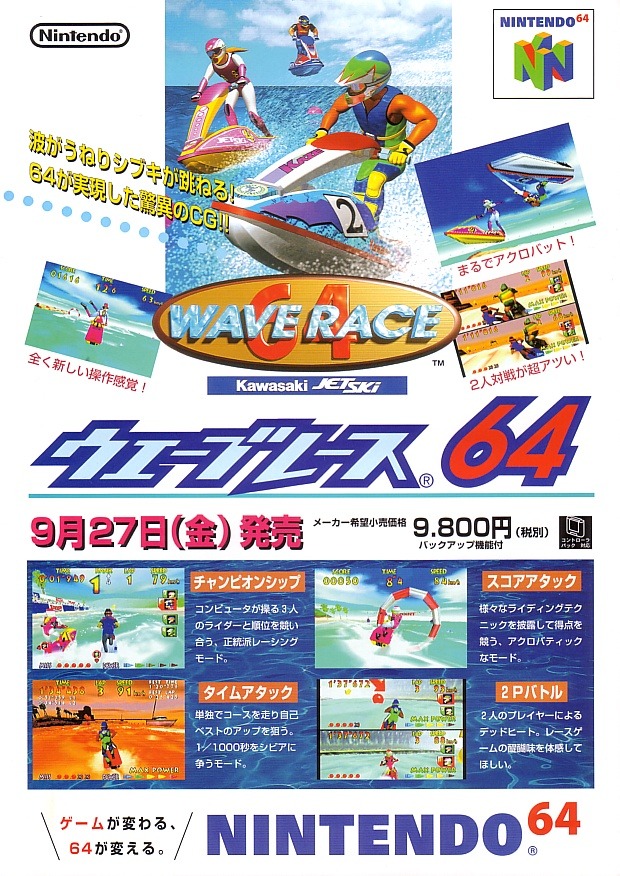 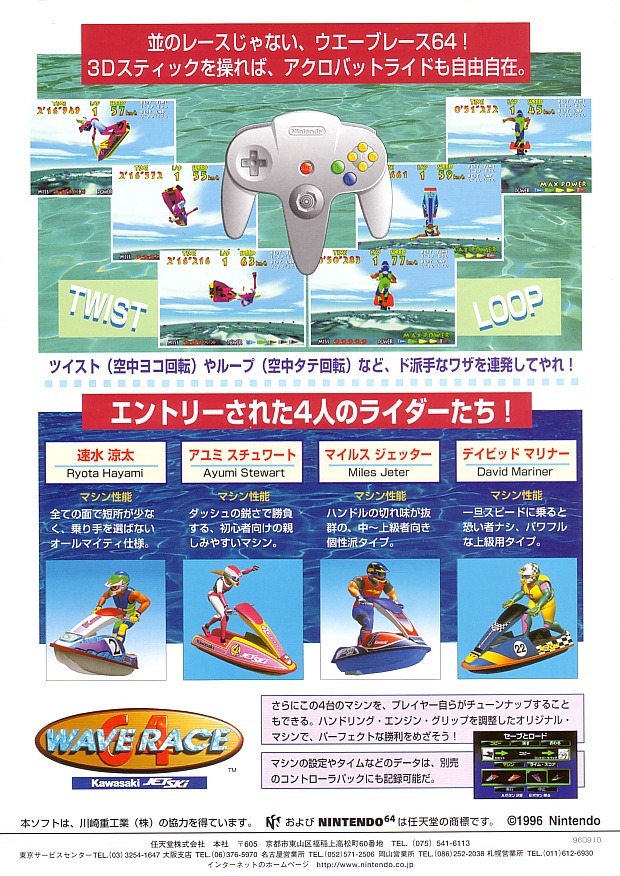