The side-scrolling beat ‘em up game is based on the TMNT comic book characters but takes on a similar style and personality of the popular animated cartoon series.  The game begins with April O’Neil reporting from Liberty Island and during her broadcast Manhattan Island along with the Statue of Liberty suddenly disappear.  April’s coverage is interrupted when Shredder hijacks the television broadcast and announces that he has obtained the Hyperstone from Dimension X.  Both the Status of Liberty and Manhattan Island appear to have been shrunk by Shredder using the power of the Hyperstone.  Shredder advises that this is only a mere demonstration of the power of the Hyperstone and with the Hyperstone in his possession he now has the power to take over the entire world.

Players take the role of one of the four turtles of their choosing in a quest to put a stop to Shredder.  Featuring five stages, New York City, A Mysterious Ghost Ship, Shredder’s Hideout, The Gauntlet and The Final Shell Shock along with enemy boss battles with popular TMNT villains that include Leatherhead, Rocksteady, Tatsu, Baxter Stockman, Krang and Shredder.  The game is heavily influenced by the Super Nintendo and Arcade game Turtles in Time and also borrows elements from the first TMNT arcade game.

The game is often seen as a retooled version of Turtles in Time with a more aggressive enemy AI, faster gameplay and shares nearly the same soundtrack and sound effects with the music sped up. The game features fewer than half of the levels found in Turtles in Time however each level is much longer in length.  The game was warmly received upon release and is still seen as one of the best games on the Sega Genesis / Mega Drive console however is very seldomly credited based on its own merit but often compared to Turtles in Time due to its similarities.

A Look at TMNT: The Hyperstone Heist with SNES Drunk 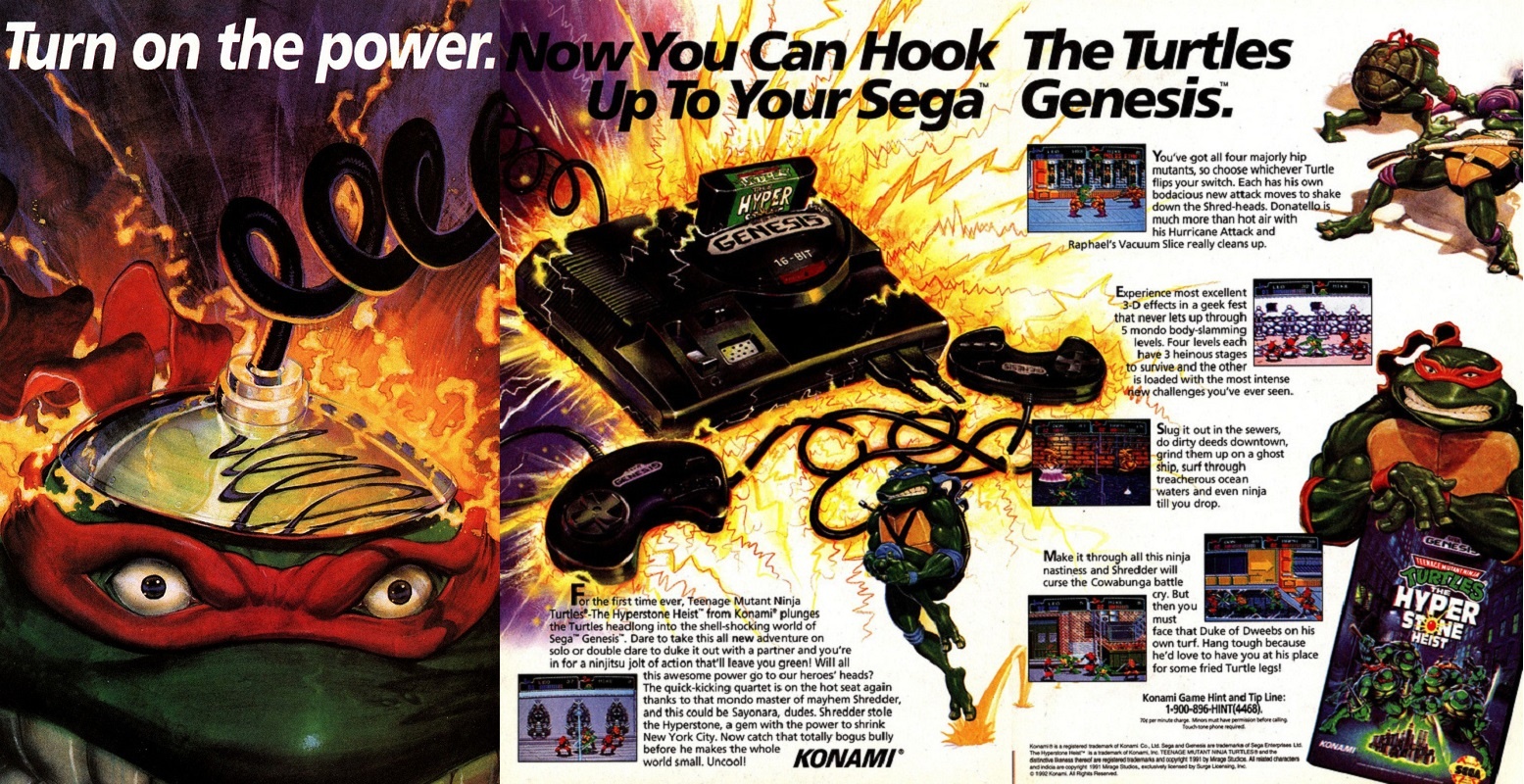