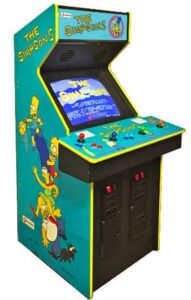 The Simpsons Arcade Game is a side-scrolling beat ‘em up video game developed and published by Konami for arcades.  Based on the television animated series The Simpsons, the game was released in North American arcades on March 4, 1991 midway through the second season of the television show.

Released in arcades only under the title “The Simpsons” the game was rebranded as “The Simpsons Arcade Game” when it was ported to the Commodore 64 and MS-DOS later in the year.   This was done to both inform customers that the game was a port of the Arcade game and to distinguish it from other Simpsons games on the market as well as in development.

The arcade cabinet was designed to allow up to four players to control members of the Simpson family, as they fight various enemies in order to rescue Maggie who was kidnapped by Smithers.  Two different arcade cabinet models were produced, one allowing up to two simultaneous players with the ability to freely choose a character and the other allowing up to four players with a dedicated position on the cabinet’s control panel for each character.

The game begins with the Simpsons walking down the street in downtown Springfield while there is a burglary in progress at a jewelry store.  Smithers runs out of the jewelry shop colliding with the Simpsons.  The diamond that Smithers had just stolen for Mr. Burns flies through the air and lands in Maggie’s mouth who begins sucking on it like a pacifier.  Smithers wanting to quickly escape with the diamond decides to kidnap Maggie as the rest of the Simpsons chase after him in an attempt to rescue Maggie. 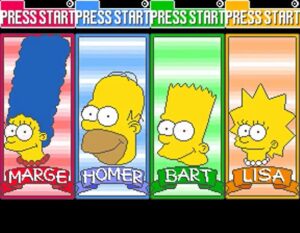 Players have the ability to select one of the members of the Simpsons, Bart, Homer, Marge or Lisa to begin the chase to rescue Maggie.  Each character has a distinctive attack style, Homer punches and kicks, Marge swings a vacuum cleaner, Bart wields a skateboard and Lisa uses a skipping rope to attack enemies.  Players progress through the city of Springfield fighting off hordes of enemies hired by Mr. Burns in order to reach the Nuclear Power Plant.  The pursuit takes place across eight stages, each of which ends with a boss battle.  In the final stage The Simpsons must first defeat Smithers before fighting Mr. Burns equipped in a battle suit to rescue Maggie.

The game was universally seen as one of the best arcade beat ‘em up games of the time and is still one of if not the best game based on The Simpsons franchise.  The game has received a high-definition port by Backbone Entertainment for the Xbox Live Arcade and PlayStation Network in February 2012.

The History of The Simpsons Arcade Game

Top Hat Gaming Man is a YouTube Channel which covers over 40 years of gaming history.  The channel offers everything from in-depth documentaries to series such as “Handhelds Around The World”. 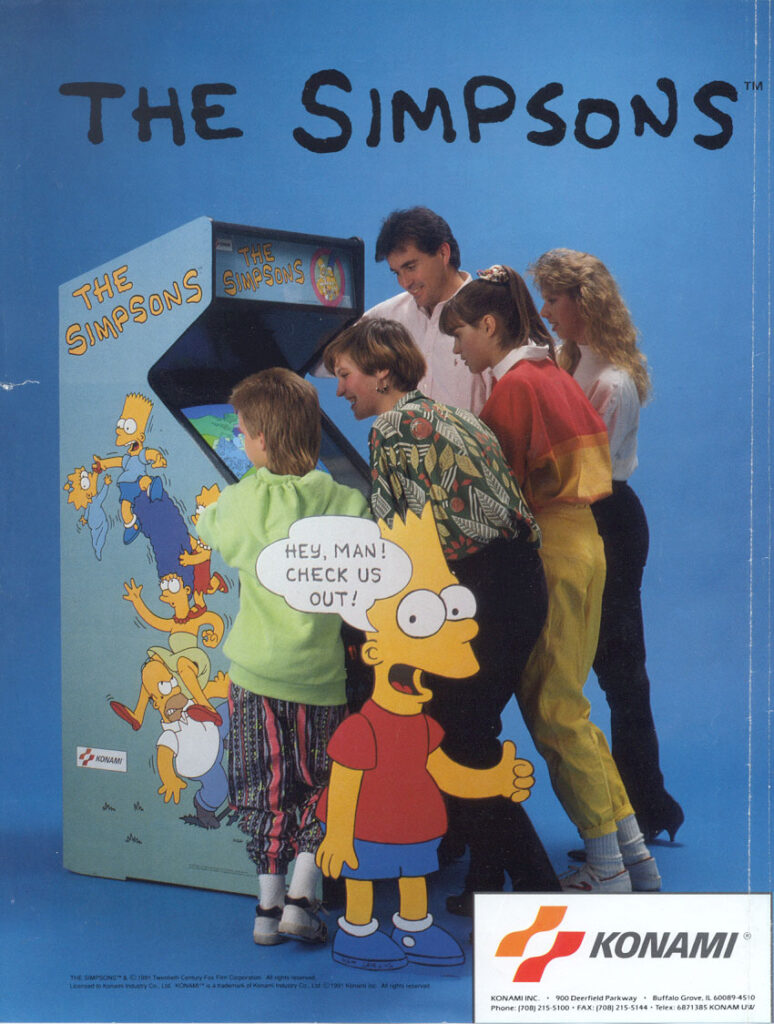