Skip to content
Home » Games » The Legend of Zelda: Ocarina of Time

The Legend of Zelda: Ocarina of Time 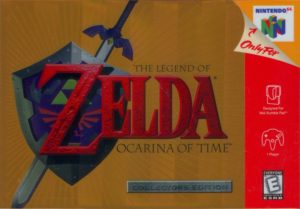 The Legend of Zelda: Ocarina of Time is the fifth installment in the Legend of Zelda series and is the first game in the series to transition to 3D graphics. The game started development on the Nintendo 64 addon peripheral the 64DD but would later move to Nintendo 64 utilizing a 256-megabit (32 megabyte) cartridge. The move from the 64DD to the Nintendo 64 was due to the limitation of the read speed of the disk-based media. The Nintendo 64’s cartridge-based media had much faster read speeds and was able to keep up with the continuous reading of 500 motion captured character animations throughout gameplay. This was the largest capacity cartridge Nintendo produced at the time until Capcom released Resident Evil 2 the following year on a 512-megabit (64 megabyte) cartridge.

Development of Ocarina of Time started in 1995 and was being developed concurrently with Super Mario 64 by Nintendo’s Entertainment Analysis & Development (EAD) division. Shigeru Miyamoto was in charge of several directors who all handled different parts of the game development. Each director had teams working on different concepts and experiments such as scenario planning, character actions, transforming 2D items into 3D, camera control, motion capture, sound, and special effects. The development team involved more than 120 people, including stunt performers used to capture the movement of sword fighting to be used for Link’s movement.

The game was first shown as a technical demonstration at Nintendo’s Shoshinkai trade show in December 1995. Originally the game was running on the same engine as Super Mario 64, but was so heavily modified that Miyamoto considers the final product a different game engine. One major difference between the two game engines is the camera control. In Super Mario 64 players had full control of the camera with the use of the C buttons which was centered on Mario. In Ocarina of Time the camera was controlled by the game’s AI which were focused on the game’s world opposed to the character.

Ocarina of Time became the most anticipated game of 1998, setting records for preorders. Over 500,000 copies were preordered in North America alone, more than tripling the number of preorders for any previous video game. Upon release the game was a worldwide success selling over 2.5 million copies in the first six weeks of release. During this time, it earned over $150 million in revenues which was higher than any Hollywood film during the same time period. Ocarina of Time was setting record reviews with many publications providing a perfect rating. Over the lifespan of it’s release, 7.6 million copies have been sold worldwide. 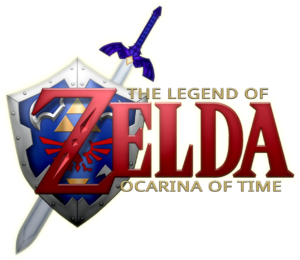 The History of Zelda: Ocarina Of Time (Documentary)