The Karate Kid is an action video game developed by Atlus and published by LJN for the Nintendo Entertainment System.  Based on the popular movie franchised of the same name, the game’s story takes place across both the 1984 movie The Karate Kid and the 1986 sequel, The Karate Kid Part II.

Players take the role of the lead protagonist Daniel LaRusso.  Loosely following the plot elements from the original movie, the game begins with Daniel LaRusso fighting in the All Valley Karate Tournament.  The All Valley Karate Tournament was the climax of the original film and this is where the Nintendo Entertainment System game begins.   In order for Daniel to advance he must defeat four opponents with the final opponent being Johnny Lawrence from the first film.

After successful completion of the All Valley Karate Tournament, Daniel starts the second stage of the game.   Set in Okinawa, Japan the primary location of the second film, the game’s storyline moves from the original film to start following the plot of the sequel, The Karate Kid Part II.  Daniel must progress through Okinawa fighting various thugs to reach Chozen, the antagonist from the second film.  After defeating Chozen in battle players will progress to the game’s third stage.

In this section of the game, players once again must guide Danial through Okinawa but this time during a storm.   Nearly identical to the last stage, the storm causes a strong wind changing the mechanics of the stage and ultimately the levels difficulty as players must avoid flying objects caused by the typhoon.  After reaching the end of the stage, players discover that Chozen had trapped a girl atop of a tower.  This time the objective is not necessarily to defeat Chozen but to climb the tower and rescue the trapped girl.

Upon rescuing the girl players will advance to the final stage.  The fourth and final stage takes place during the summer festival where Daniel must travel to the ruins of a castle by the sea.  Players are faced with stronger enemies who are now armed with spears making it more difficult to reach the end of the stage where Chozen is waiting for Daniel once again.  Chozen is now holding Kumiko, Daniel’s girlfriend hostage and in this final battle Daniel must defeat Chozen while also keeping Kumiko from falling off the platform into the water and drowning.  If successful players are presented with a message from Mr. Miyagi, Daniel’s sensei saying, “You have successfully guided Daniel-san through all the challenges and have become a martial arts master!”. 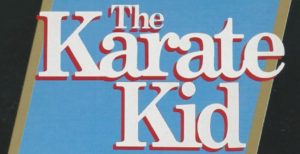 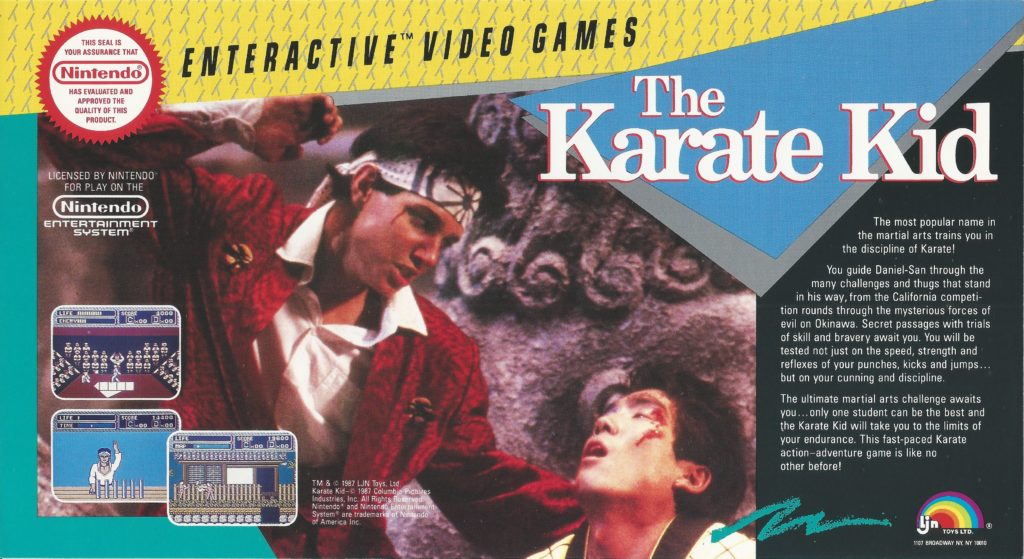