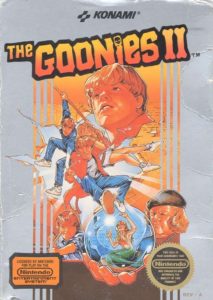 The Goonies II is a Metroidvania style adventure video game developed and published by Konami for the Nintendo Entertainment System in 1987. The game is a sequel to Goonies which was released for the Family Computer in Japan and was only available in North America on Nintendo’s Vs. System arcade units.

The game is an adaptation of the 1985 hit movie The Goonies where a group of kids who call themselves The Goonies discover an ancient map and set out on a quest to find a legendary pirate’s long-lost treasure. Konami capitalized on the success of the movie by incorporating its characters and music, including the theme song by Cyndi Lauper in the game.

Players take control of the game’s protagonist Mikey in an adventure to save his friends who have been kidnapped by the Fratelli family. The game features two different play styles, platform and first-person. Most of the game takes place in a platform style where players traverse a non-linear map. The gameplay switches to first-person when the player enters a building now allowing them to explore the area by navigating through rooms, searching for hidden items and interacting with non-playable characters using a command menu.

The game received mildly positive reviews for its open world concept but got lost in a staggering list of great games that released around the same time in 1987 such as Metroid, The Legend of Zelda, Mike Tyson’s Punch-Out!! and Mega Man. 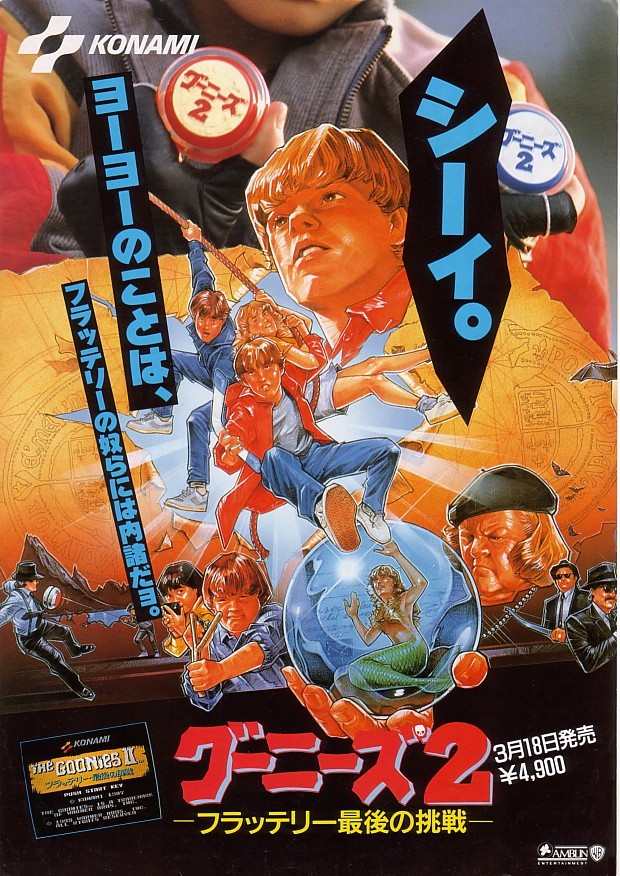