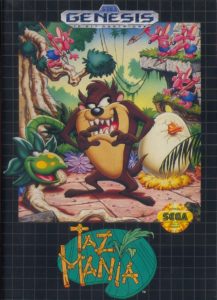 Taz-Mania is an action video game developed by Recreational Brainware and published by Sega of America for the Sega Genesis / Mega Drive. Several other games developed during the same time period for the Sega Master System, Game Gear, Super Nintendo and Game Boy used the same name. All games were based on the Taz-Mania cartoon series but were all completely different games.

One evening, Taz’s father was telling his three children a tale about how there were once huge giant seabirds that laid giant eggs which could feed a family of Tazmanian devils for over a year. The legend says that there is a Lost Valley within the island of Tasmania where the giant seabirds still nest. Taz becomes fascinated by the prospect of the potentially large omelet and leaves in search for one of these giant eggs. Players take control of Taz and must direct him across various stages in search for the Lost Valley to find one of these large eggs.

Developed by San Francisco based Recreational Brainware which was led by programmers Burt Sloane and Jonathan Miller, Taz-Mania became a fairly popular game. Upon release the game received favorable reviews for being one of the first games to look like a Warner Bros. cartoon as previous attempts were held back by hardware limitations. A semi-sequel to the game which was similar in design and concept was developed and released by Sega entitled Taz in Escape from Mars. Taz in Escape from Mars was unrelated to the Taz-Mania cartoon series, an official sequel titled Taz-Mania 2 was planned with an isometric viewpoint but never came to fruition. 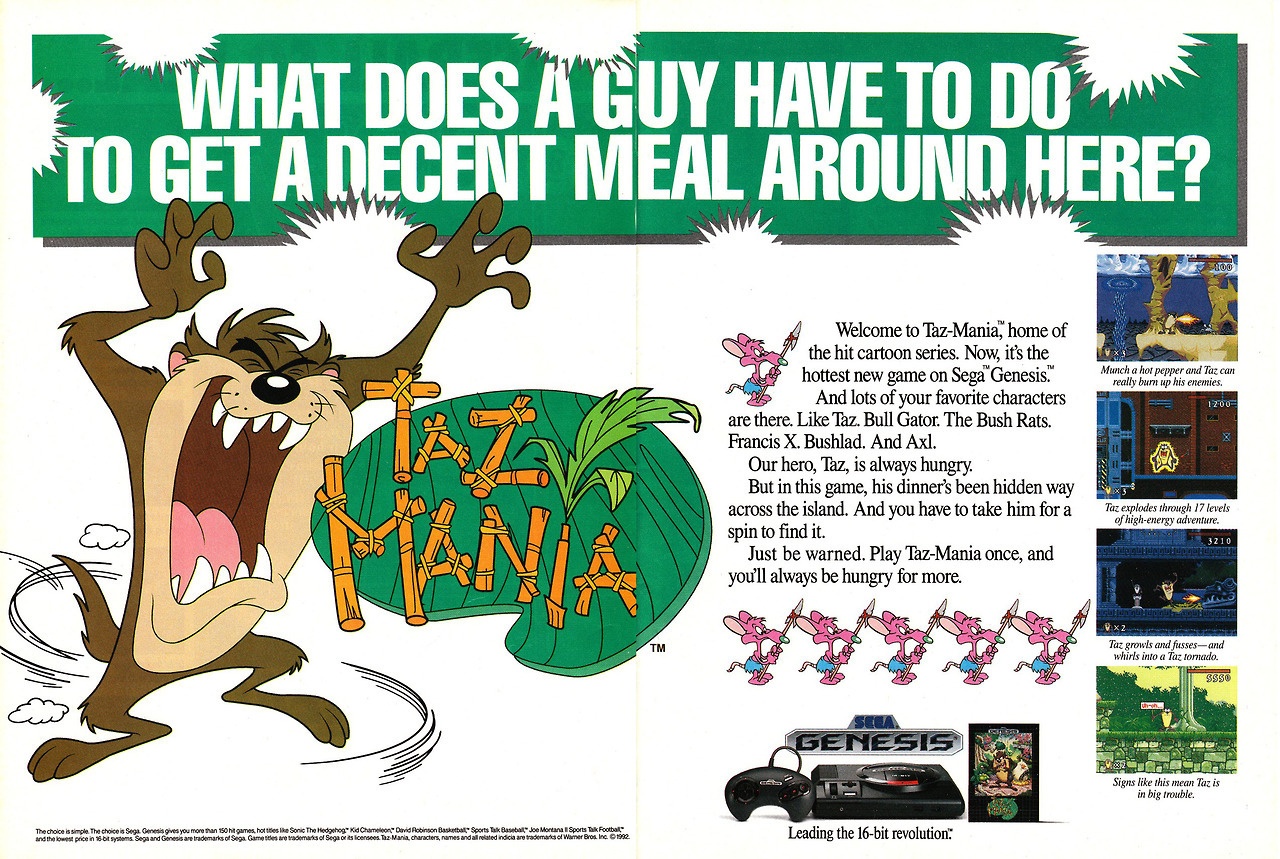