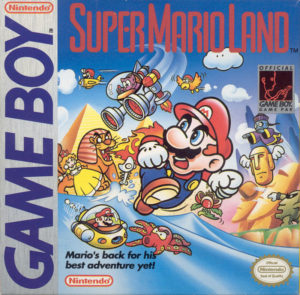 Super Mario Land is a platforming video game developed by Nintendo R&D1 and published by Nintendo as a launch title for the Game Boy. It was the first Mario game to be developed without the involvement of Shigeru Miyamoto, the creator of Mario.

Hiroshi Yamauchi, President of Nintendo requested that the Game Boy launch with a Mario game to help drive sales and demonstrate what the system could accomplish as this was Nintendo’s first venture into the non dedicated Handheld market. Prior to the Game Boy Nintendo manufactured dedicated Handhelds that only played built in games with there Game & Watch line of systems. The game was meant to showcase the Game Boy along with the bundled in game Tetris.

Nintendo’s R&D1 was given the task to develop Mario’s first handheld title whom decided to shrink Mario’s gameplay elements for the device and used some elements inconsistently from the series. The head of R&D1, Gunpei Yokoi served as the game’s producer and Satoru Okada served as the game’s director. R&D1 were better known for their hardware development then their game development however they had previously developed Metroid and Kid Icarus for the Nintendo Entertainment System. Yokoi and Okada where the designers of the Game Boy, Yokoi handled the industrial design as Okada handled the engineering. They knew how to get the most out of the hardware and also had a great handle on how to create good game design. There was no one better to ask to take on the task of creating a new Mario game to showcase the new system.

The Game Boy was released in Japan in April 1989, North America in July and Europe in September 1990. Super Mario Land was a launch title and was praised by critics upon release. Critics were pleased with the franchise’s transition to the Game Boy but noted its short length. The game was an instant success selling over 18 million copies and spawned a series of sequels, including Super Mario Land 2: 6 Golden Coins and Wario Land: Super Mario Land 3. 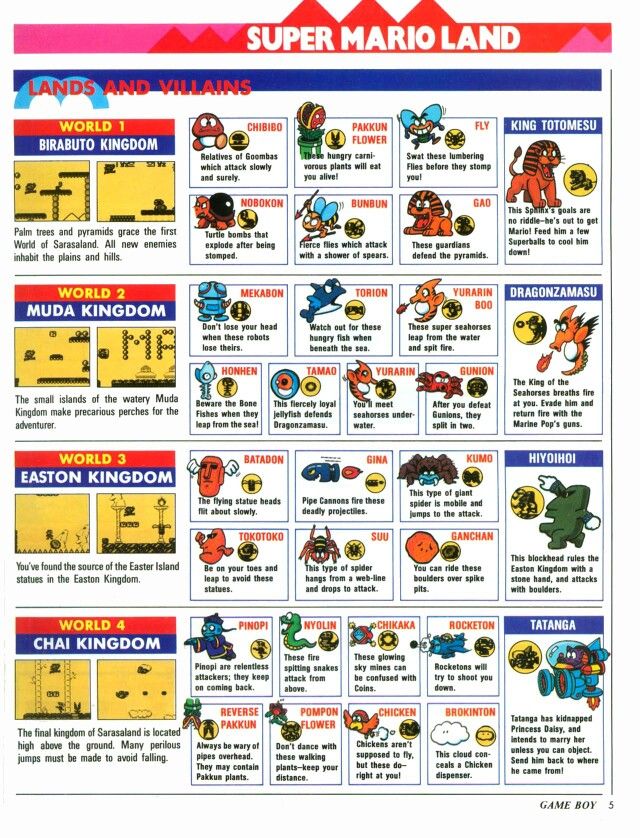