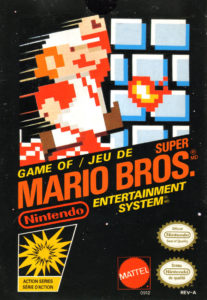 Super Mario Bros. is the first release in the Super Mario series and is the successor to the 1983 arcade game, Mario Bros. Designed by Shigeru Miyamoto and Takashi Tezuka as part of Nintendo R&D4 which was later renamed to Nintendo EAD at the end of the Nintendo Entertainment System lifecycle and development started on the Super Nintendo.

Super Mario Bros. is a side scrolling platform game that was the first of it’s kind. With that in mind Nintendo designed the first level, World 1-1 to serve as a tutorial for first-time video gamers on the basic mechanics of platform gameplay.  The game is praised on its precise controls and is frequently cited as one of the greatest video games of all time.

Players control Mario, or his brother Luigi in the multiplayer mode, as they travel the Mushroom Kingdom to rescue Princess Toadstool from Bowser. They must traverse side-scrolling stages while avoiding hazards such as enemies and pits with the aid of power-ups such as the Super Mushroom, Fire Flower, and Starman.

It would go on to become one of the bestselling games of all time, with more than 40 million physical copies sold. It is credited alongside the Nintendo Entertainment System as one of the key factors in reviving the video game industry after the video game crash of 1983 and helped popularize the side-scrolling platform game genre. Koji Kondo’s soundtrack is one of the earliest and most popular in video games, making music into a centerpiece of game design. The game inspired an expansive franchise including a long-running game series, an animated television series, and a feature film. 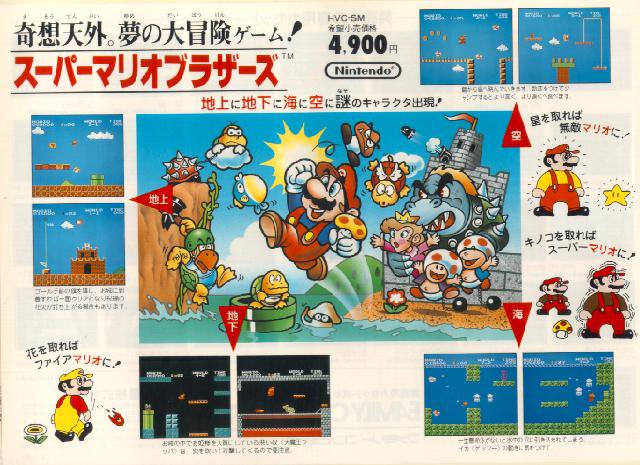