Streets of Rage is a side scrolling beat ‘em up video game developed and published by Sega.  Released in 1991 for the Genesis / Mega Drive console the game is the first installment in the Streets of Rage series.  Known as “Bare Knuckle: Ikari no Tekken” in Japan the game became very successful for Sega and evolved into a flagship series for Sega in the early 1990s.

In order to compete with Nintendo, Sega shifted their focus away from the 8-bit video game era which Nintendo had an overwhelming market share in, to develop and release a 16-bit home console.  Sega released the Mega Drive in Japan in 1988 and was able to get a 2-year head start on Nintendo in the 16-bit console generation.  While Sega obtained a good size market share in those two years, they were very cautious to maintain their market share lead when Nintendo launched the Super Famicom in Japan in 1990.

Sega wanted to ensure their software library had games available to compete against Nintendo’s exclusive titles.  Sega wanted to develop a game to compete with Capcom’s highly successful arcade beat ‘em up game, Final Fight which was ported and released for the Super Famicom in December 1990.  The port was preforming very well in Japan and while Sega already had several beat ‘em up games available for the Mega Drive by the end of 1990 such as Altered Beast and Golden Axe they were not performing as well in comparison.

The beat ‘em up games already available for the system were ports of older arcade games and were not generating as much interest as Final Fight was for Nintendo.   Sega decided to create a new beat ‘em up game that would be exclusive to their 16-bit console to compete against Capcom’s Nintendo exclusive, Final Fight.

The game was developed by Sega CS division with the goal to develop a more advanced and feature rich beat ‘em up than the Super Famicom port of Final Fight.   Sega CS was able to implement more playable characters, two player co-op and the capability of handling more on-screen characters at once then what was offered in the Super Famicom port of Final Fight.

The game received positive reviews from critics upon its release and became an instant success for Sega.   The success of the game led to the creation of adaptions for the Game Gear, Sega CD and Master System as well as two sequels for the Genesis / Mega Drive. 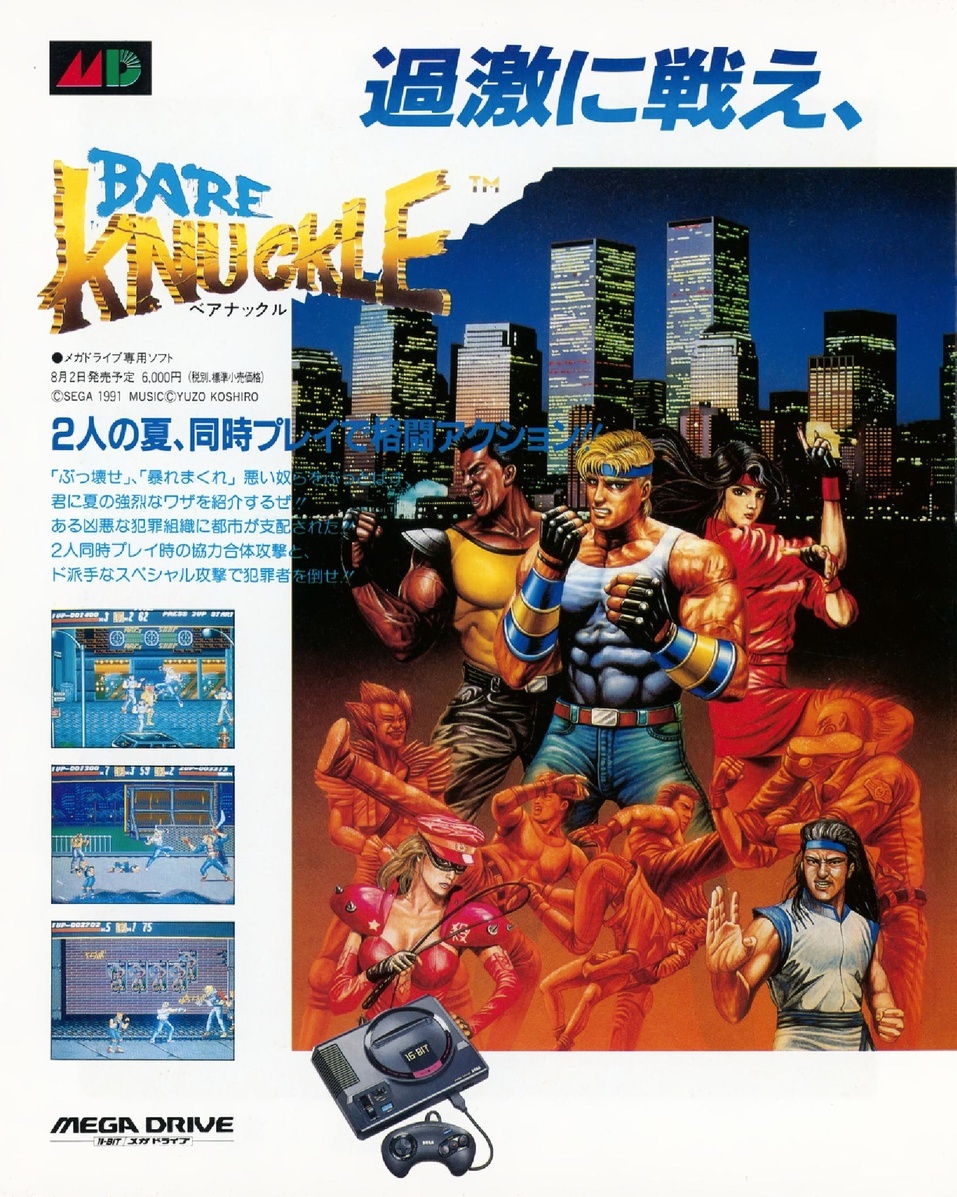 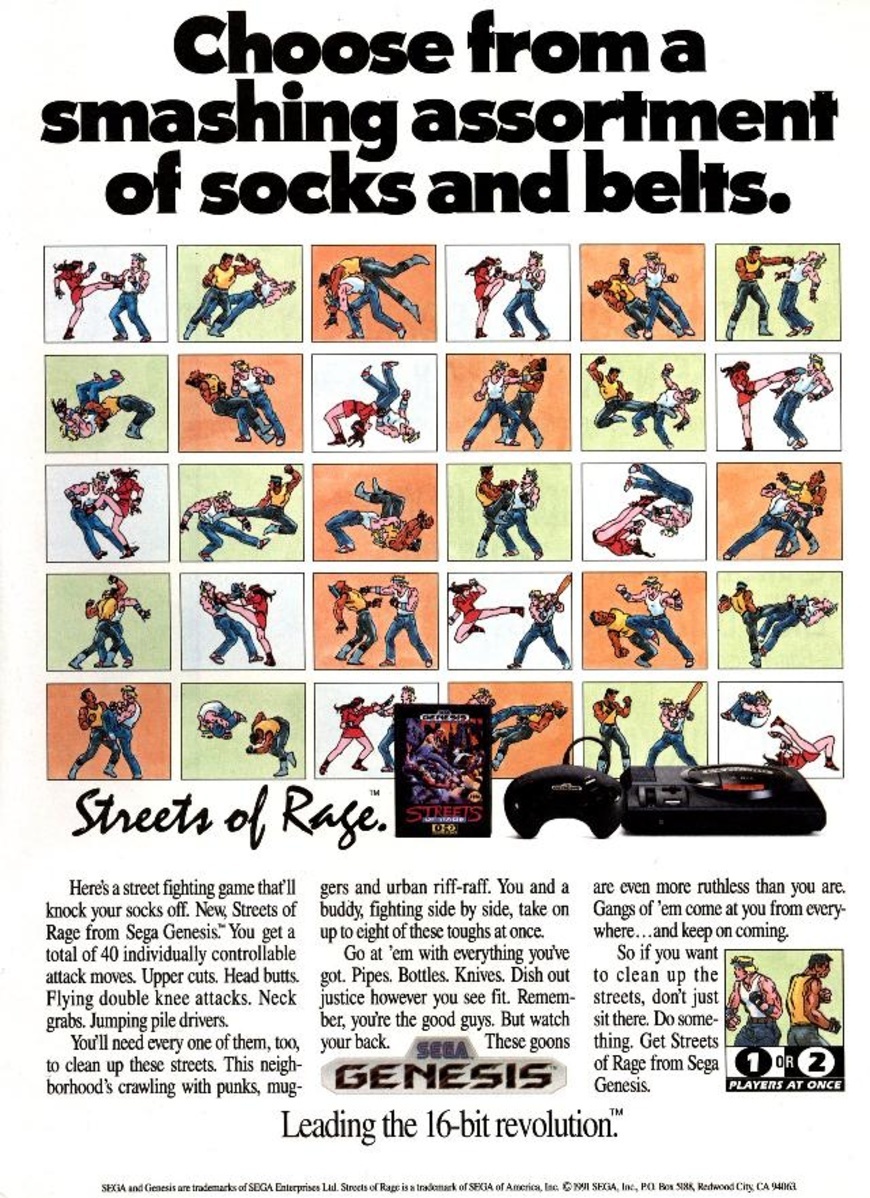