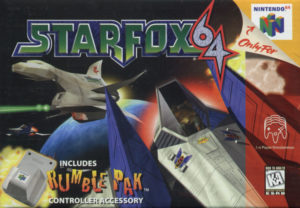 Star Fox 64 is a rail shooter developed by Nintendo EAD and published by Nintendo for the Nintendo 64. Known as Lylat Wars in some territories due to a fact that Nintendo considered the name “Star Fox” too similar to the name of the German company “StarVox” and were concerned that the similarity may result in a legal dispute.

The development of Star Fox 64 started after the original intended sequel to the Super Nintendo game Star Fox 2 was cancelled near the end of its development in favor for a more advance game utilizing Nintendo’s new more powerful Nintendo 64 system. Series creator Shigeru Miyamoto realized how much of an improvement could be made by moving the title to the new Nintendo 64 system and cancelled Star Fox 2 in favor for a remake combining elements of the previous games. Miyamoto has stated that 60 percent of the game is from the original Star Fox game, 30 percent from the cancelled Star Fox 2 game and 10 percent new content.

Part of the 10 percent new content Nintendo incorporated voice acting and force feedback. The game came bundled with a Rumble Pak accessory that plugged into the Nintendo 64 controller to provide in game force feedback. It was the first Nintendo 64 game to have included support for the Rumble Pak. Star Fox 64 has sold over 4 million units, making it one of the best-selling games on the Nintendo 64. The game received critical acclaim for its precise controls, multiplayer modes, voice acting and use of multiple gameplay paths. 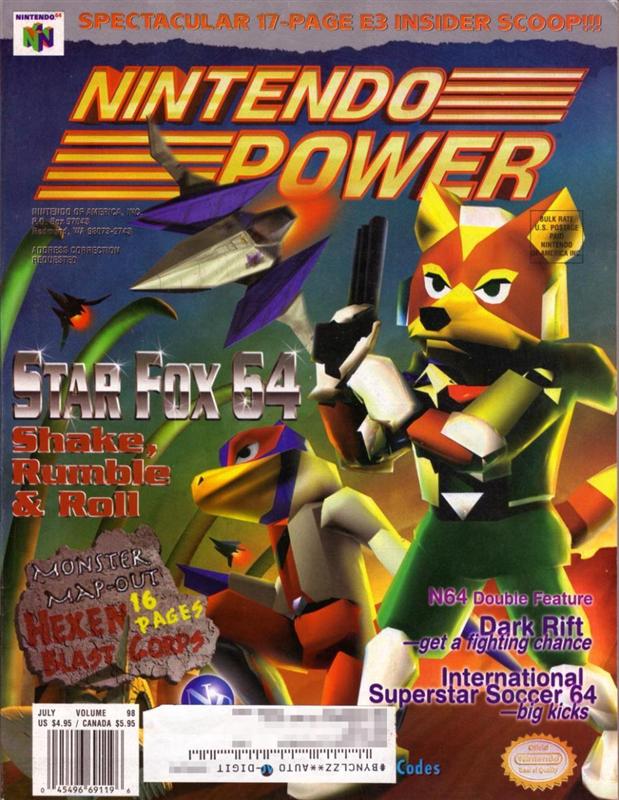