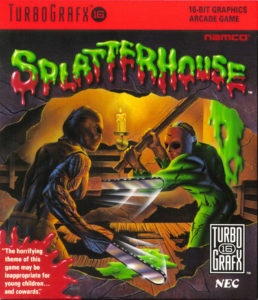 Heavily influenced by American slasher films, the game pays homage to the violent horror films of the 1980s. Horror based video games did exist prior to the release of Splatterhouse however none were as violent or as graphically realistic. Due to the game’s violent nature the TurboGrafx-16 port included a parental advisory warning on the box that read, “The horrifying theme of this game may be inappropriate for young children… and cowards.”.

The game begins with two university students, Rick Taylor and Jennifer Willis taking refuge from a storm in West Mansion. West Mansion was infamous among the local community for rumors of hideous experiments allegedly being conducted there, earning the mansion the nickname “Splatterhouse”. As they are entering the mansion Jennifer screams and Rick passes out.

When Rick awakes, he is in a dungeon under the mansion and finds himself with a strange mask known as the “Terror Mask” attached to his face. The Mayan sacrificial mask fused itself with Rick’s body, transforming him into a monster with superhuman strength. With his newfound strength, Rick goes on a rampage through the mansion in search for Jennifer.

When Rick finds Jennifer, she is laying on a couch surrounded by monsters. The monsters flee as Rick approaches, as Jennifer stands up to embrace Rick she suddenly keels over in pain and transforms into a hideous monster. Jennifer now in the form of a monster attacks Rick attempting to kill him while also begging him to help her. Rick is forced to kill Jennifer and when he does, she transforms back to normal and thanks him before dying. 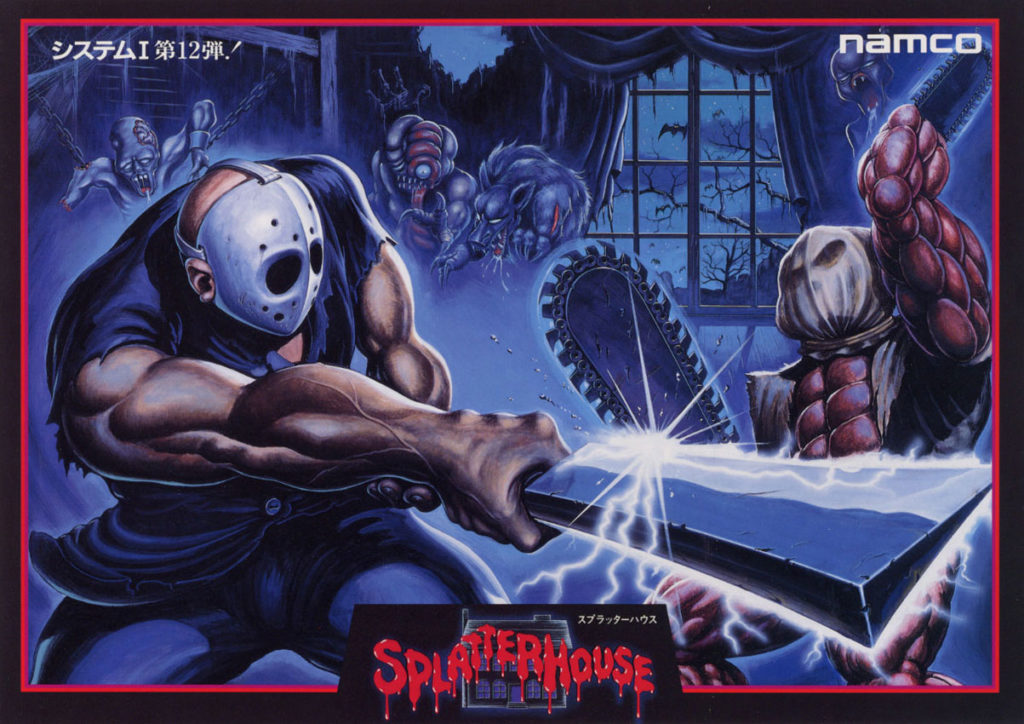 Devastated and infuriated, Rick sets forward to put an end to the evil outbreak. Tracking the remaining monsters to a bloody hole in the floor of the mansion, Rick proceeds down the hole only to discover the mansion itself is alive. Following a bloody hallway to the house’s “womb” which is producing fetus-like monsters, Rick destroys the womb causing the house to burst into flames as it dies.

While escaping the burning mansion, Rick discovers a grave marker. The Terror Mask releases energy into the grave resurrecting a giant monster, “Hell Chaos”, that digs its way out of the ground to attack Rick. As Rick destroys the creature a tormented ghost is release from its body and dissipates into a series of bright lights. As the lights vanish, the mask shatters, turning Rick back to normal. Rick leaves as the mansion burns to the ground and the credits roll. After the credits finish and Rick is gone, the Terror Mask reassembles itself, letting out an evil laugh for several seconds as the word “END” appears on the screen.

Successful upon release the game spawned a series of sequels on the Sega Genesis / Mega Drive console. In 2007 the TurboGrafx-16 version of the game was rereleased on the Wii’s virtual console and in 2009 the arcade version was made available on the virtual console. The series received a reimagining and reboot of the original game in 2010 when a modern version of Splatterhouse was released for the PlayStation 3 and Xbox 360.

Splatterhouse - The Complete History & Did you Know Gaming 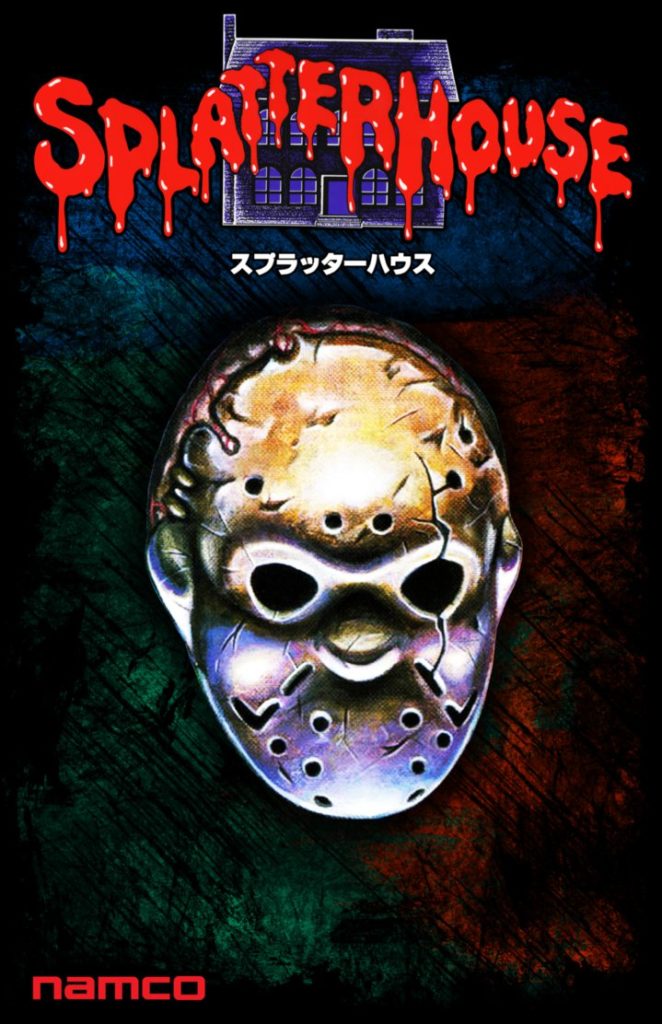