Splatterhouse 2 is a horror-based beat ‘em up video game that was developed by Now Production and published by Namco for the Sega Genesis / Mega Drive console.  Released in 1992 the game is a follow up to the Arcade and Turbografx-16 video game, Splatterhouse.

Set three months after the events of the first game, Rick is still suffering from guilt of not being able to save his girlfriend Jennifer.  Plagued by nightmares of her and the Terror Mask, the mask resurfaces and entices Rick to go back to the house by telling him that Jennifer does not have to die and that he can save her with its help.  Rick takes the terror mask to absorb its power, the Mayan sacrificial mask fuses itself with Rick’s body, transforming him into a monster with superhuman strength.  With his regained power, Rick sets off in search for Jennifer.

Players take control of Rick as he battles his way through eight stages in his search for Jennifer.  The gameplay is very similar to the original game as Rick’s attacks remain largely unchanged as well as the weapons scattered throughout the levels.  The development team incorporated a difficulty setting and a password system into the game making the game more suitable for average players to be able to complete the game.

Splatterhouse 2 is generally seen as an improvement on the original game and introduced the series to a larger audience with the release on the Sega Genesis.  On August 4, 2008, it was released on the Wii Virtual Console in North America and is the only M-rated game to be released for the Virtual Console.

Stop Skeletons From Fighting is a YouTube channel created by Derek Alexander & Grace Kramer that focuses on everything from retro video games to modern video games. 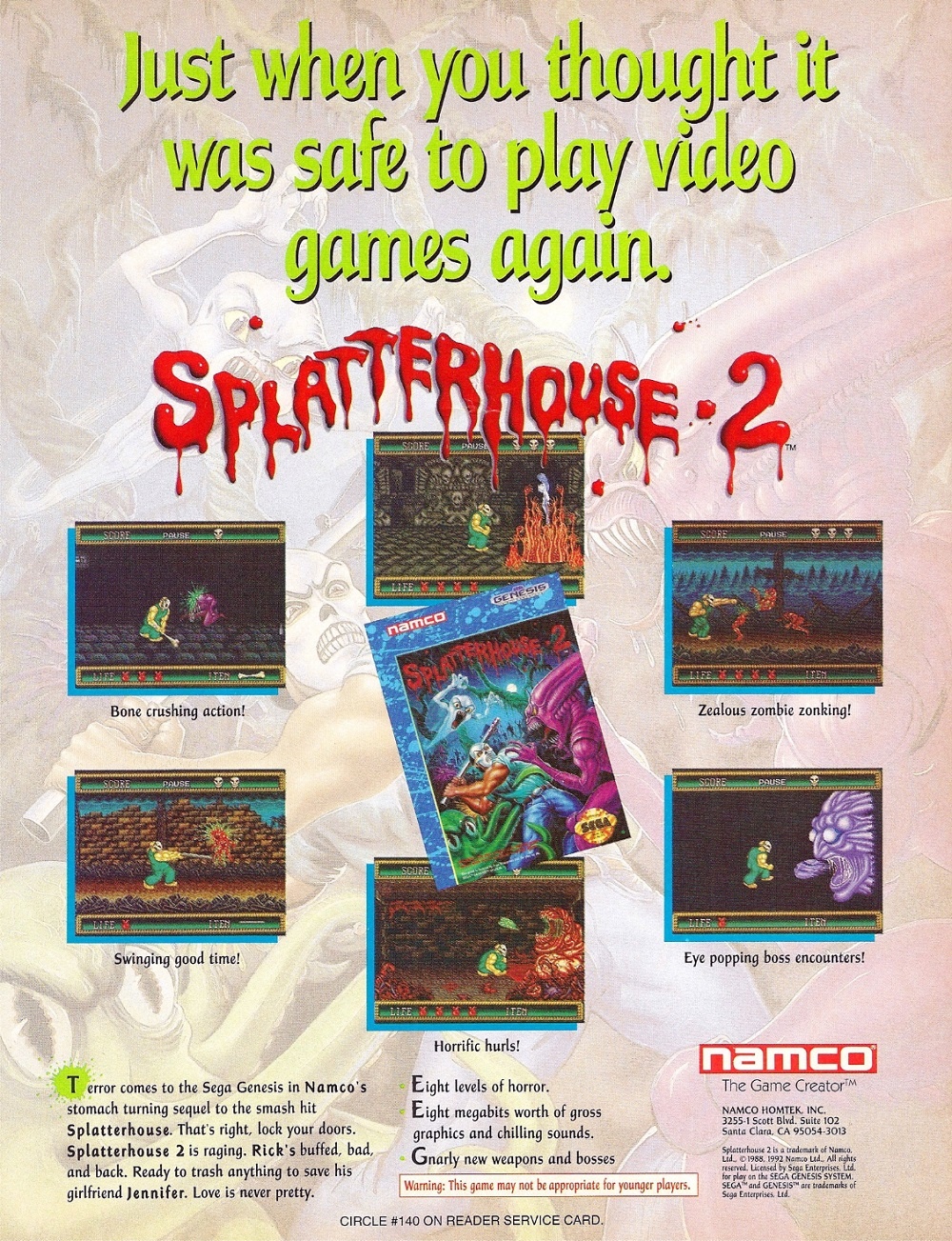