Skip to content
Home » Games » Spider-Man vs. The Kingpin

Spider-Man vs. The Kingpin 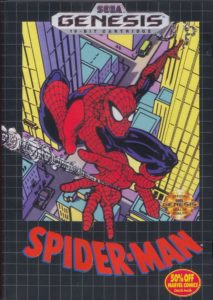 Spider-Man vs. The Kingpin is an action video game developed by Technopop and published by Sega of America initially for the Sega Genesis / Mega Drive. The game was ported internally by Sega of America for the Master System and by Flying Edge, Inc for the Game Gear.

Gamers take control of the protagonist Spider-Man to battle various supervillains (Doctor Octopus, Sandman, The Lizard, Hobgoblin, Vulture, Mysterio, Electro and Venom) to obtain the keys required to disarm a nuclear bomb. Kingpin has not only framed Spider-Man for stealing the nuclear weapon but also plans to detonate it within twenty-four hours.

Upon release critics praised the games graphics, sound and faithfully recreation of the characters for the video game universe. The game allowed the player to take pictures of the major and minor enemies in the game to sell at the Daily Bugle to buy more web fluid. The game gained wide popularity among comic book fans and continued to become a huge commercial success. According to the founder of Technopop two thirds of all Genesis/Mega Drive owners at the time also bought the game, and it single-handedly convinced Marvel Comics not to cancel the licensing deal they had with Sega.

In an effort to boost sales for the Sega CD addon peripheral for the Genesis / Mega Drive, Sega decided to develop an updated version of the game under the name “The Amazing Spider-Man vs. The Kingpin”. The Sega CD version made several improvements to the game to take advantage of extra memory capabilities of the optical based media. Animated scenes with voice actors were added to improve the story and to show the new capabilities of the Sega CD. Gameplay was also sped up in this version allowing Spider-Man to move and climb surfaces significantly faster than in the Genesis version.

Since 1995 Electric Playground has been covering the videogame industry and its surrounding culture on the web and TV.  They’ve been interviewing game makers, movie makers, TV creators, actors, gadget makers, toy makers, comic book creators and a whole lot more for 25 years! 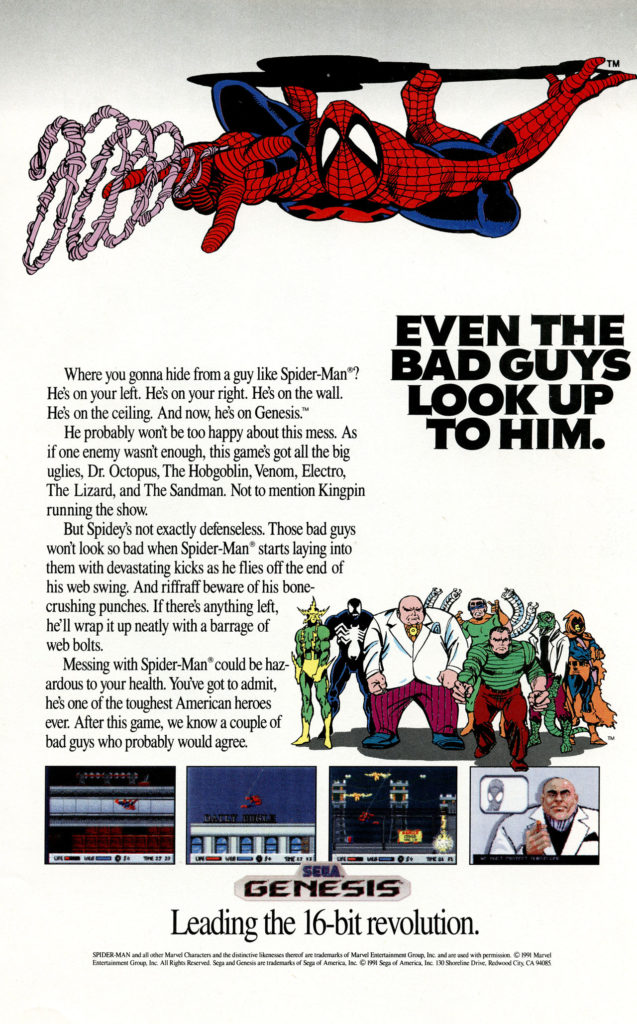