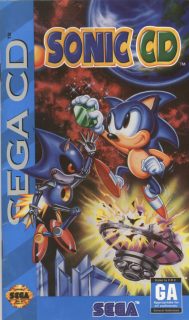 Sonic CD is a platformer video game developed and published by Sega for the Sega CD.  It is the only Sonic the Hedgehog game to be released for Sega’s CD based add-on and was meant to showcase what the new hardware was capable of.

After the completion of the original Sonic the Hedgehog for the Genesis the development division Sonic Team separated due to indifferences.  The game was a major commercial success and positioned Sega to compete against their main competitor Nintendo.   Sega wanted to embrace the continued development of the Sonic franchise and supported having two different development groups to work on separate titles.

Yuji Naka, the lead programmer of the original Sonic the Hedgehog game was dissatisfied with Sega of Japan’s rigid corporate policies and moved along with several other employees of the Sonic Team to the United States to develop Sonic the Hedgehog 2 with Sega Technical Institute (STI).  While STI began development of Sonic the Hedgehog 2, Sega was in the midst of developing the Sega CD and wanted to release a Sonic game for their new add-on that would demonstrate its more advanced hardware.

Sega appointed Naoto Ohshima, the character designer of Sonic as the director of the new title and assigned various employees who worked on The Revenge of Shinobi, Golden Axe 2 and Streets of Rage to the project.  The project began as an enhanced port of Sonic the Hedgehog 2 for the Sega CD, codenamed Super Sonic.  The revised sequel was planned to include additional levels, a fully orchestrated soundtrack, sprite-scaling effects and animated cutscenes.

Sonic CD is considered by Ohshima as more of a spinoff title than a sequel to the two mainstream games, although some may argue that the game’s story is set between Sonic the Hedgehog and Sonic the Hedgehog 2.  The game introduces the characters Amy Rose and Metal Sonic into the Sonic universe and includes animated cutscenes.

The game was praised by critics upon release for its exceptional size, music and time travel feature.  Selling over 1.5 million copies the game became Sega CD’s flagship title.  Even though Sonic CD did not sell nearly as well as Sonic the Hedgehog 2 it is widely considered the superior game and is the best-selling game on the Sega CD.   The game is often cited as one of the best games in the Sonic series.

The game received a port for the PC in 1996 and was included as part of the Sonic Gems Collection for the PlayStation 2 and GameCube in 2005.  More recently, a remastered downloadable version of the title was developed by Christian Whitehead for Xbox Live Arcade, PlayStation Network, iOS and Android and PC in December 2011.

The making of Sonic CD 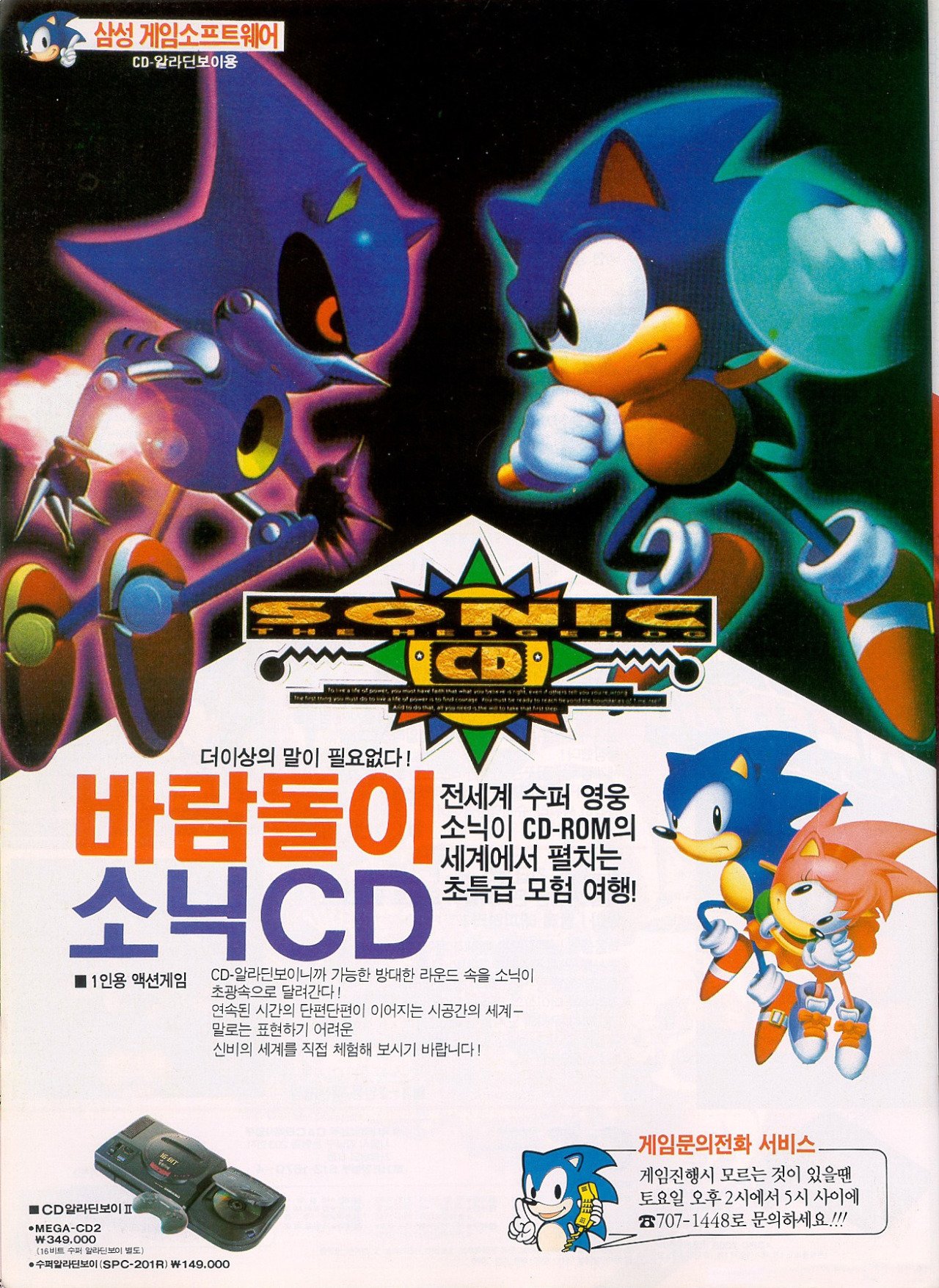 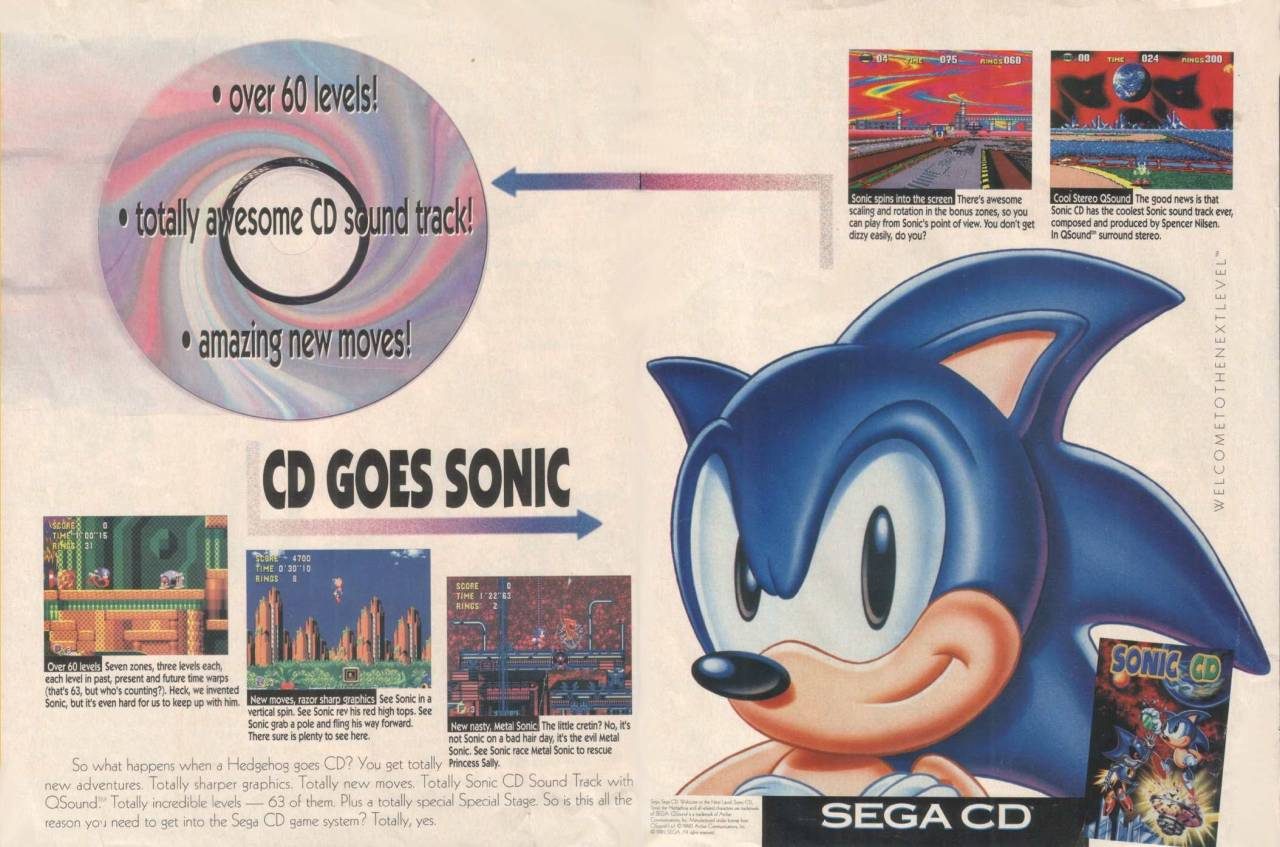