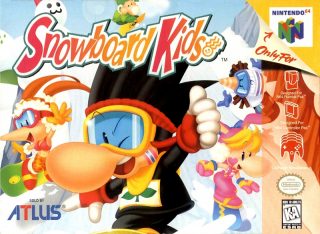 Snowboard Kids is a racing game developed by Racdym and published by Atlus for the Nintendo 64.  The style of the game is similar in nature to the Mario Kart series where players control one of five available snowboarders competing against each other.  Players have the ability to collect items and weapons as they progress down the course which can be used during the race to aid players during the race.

Money can be collected on the course during the race or earned by performing stunts as well as awarded based on the players finishing position in the race.  Players have the ability to spend the money they have earned to purchase better equipment to alter their stats and give them an advantage for future races.

Each of the nine available tracks feature a downhill slalom with a ski lift at the bottom that takes the racer back to the beginning of the track to complete multiple laps.  The selection of tracks vary in style with the first couple taking place in traditional snow covered mountainsides, while later courses offer non-traditional snowboarding locations such as a grassy countryside, a desert and an amusement park.

The game features three different game modes, Battle Race, Skill Game and Time Attack.  Battle Race allows up to four players to race on any of the six starting courses.  Skill Game is a single player mode that is divided into three parts, Speed, Shoot and Trick.  Time Attack is another single player mode that features the six starting courses where players race down the slope trying to complete each course faster than the target time.  An additional playable character and courses can be unlocked during the game by completing all courses in first place.

The game was generally well received by critics upon release however that did not translate to massive sales.   The game sold reasonably and performed well enough for an enhanced port to be created for the PlayStation in Japan as well as a sequel to be developed and released in 1999 for the Nintendo 64.

Game introduction and opening demonstrations of Snowboard Kids for the Nintendo 64. 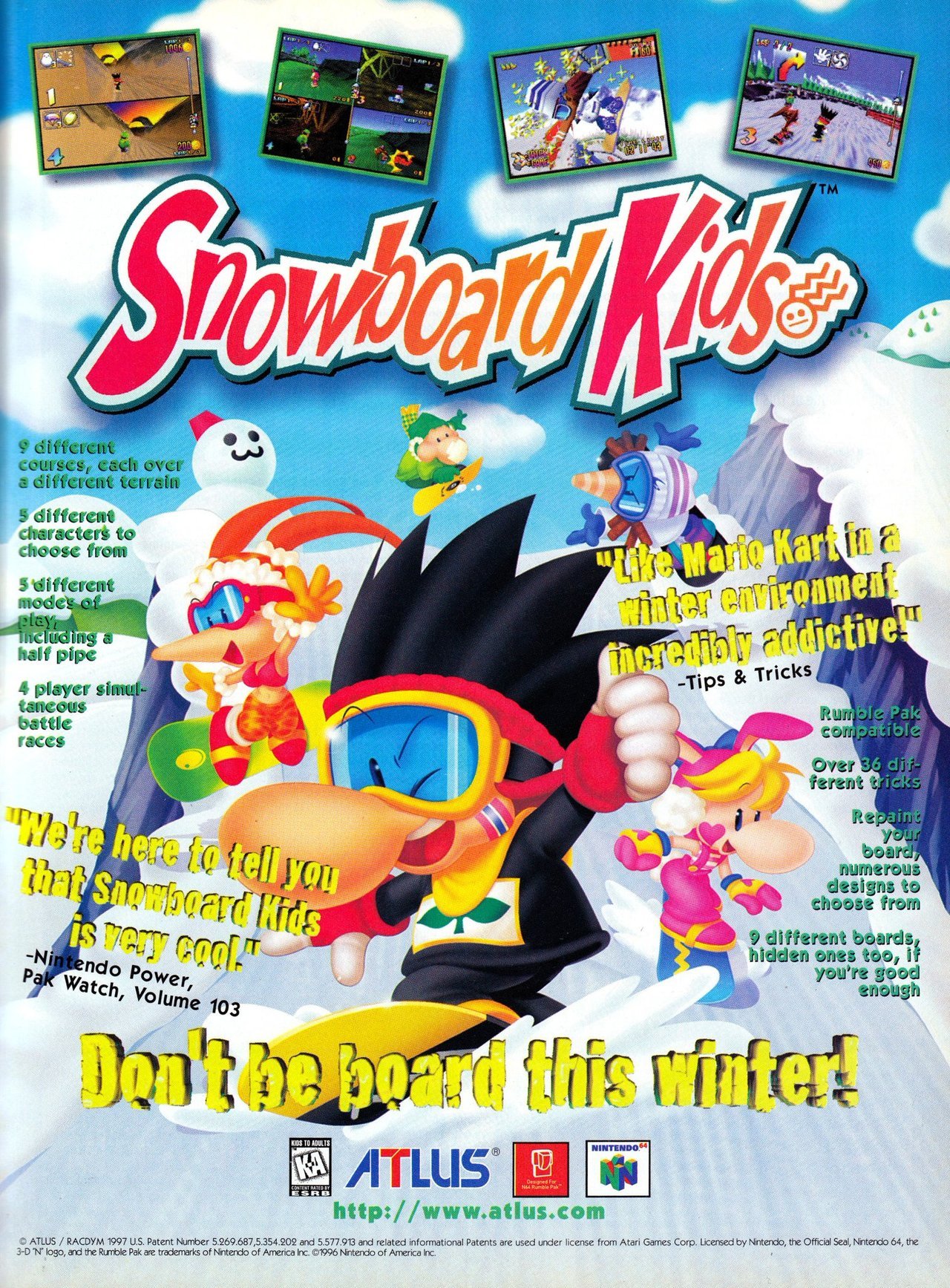