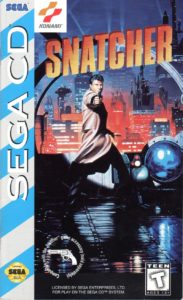 Snatcher is a graphic adventure game in the form of a visual novel that was developed and published by Konami.  The game was written and designed by Hideo Kojima who aspired to create a game with a cinematic feel.   Kojima was inspired by several difference science fiction films and as a result the game’s story and setting where heavily influenced by the 1982 movie Blade Runner and 1984 movie The Terminator.

Development began in mid 1987 after the completion of Metal Gear for the MSX2.  Initial development began between Kojima and character designer Tomiharu Kinoshita with the team expanding after more of the concept was flushed out.  Kojima and Kinoshita treated the project like making a movie or anime rather than a video game as they sought to create a cinematic experience for the player.

The game takes on a cyberpunk atmosphere as the game is set in the mid 21st century, fifty years after a biological weapon known as Lucifer-Alpha killed much of the world’s population.  It was discovered that humanoid robots known as Snatchers have been killing humans on the eastern Asia island, Neo Kobe City.  The humanoid robots disguise themselves by wearing the skin of their victims and taking their place in society.  With a perfect human appearance over their metallic endoskeletons they are able to blend in with society to manipulate and deceive humanity.

Nobody knows exactly what the Snatchers are planning or trying to accomplish but it is clear they must be stopped.  In an effort to stop the Snatchers the Neo Kobe City government decided to close the metropolis from the outside world and established a task force known as JUNKER (Japanese Undercover Neuro-Kinetic Elimination Ranger) to hunt the Snatchers.

Players take the role of Gillian Seed, a former soldier who is suffering from amnesia and seems to be obsessed with the Snatchers.  Seed travels to Neo Kobe City and joins the JUNKER task force.  Over the course of the game, players will eventually uncover a conspiracy that can seriously threaten the existence of the human race.

Originally Kojima planned for the game to broken out into six chapters and with the game being titled “Junker”, but due to time constrains, and hardware limitation Konami instructed him to scale back the initiative to two chapters.  Also, Konami was not fond of the game being called Junker due to the name being to similar to an existing mahjong game.  The development team was able to scale back the story to three chapters without feeling like the vision of the game was compromised however due to the fact that the team was already over the allowed development schedule they were forced to only include two chapters and end the game on a cliff-hanger.

Snatcher was originally being developed for the PC-8801 Japanese home computer exclusively but at the request of Konami it was also developed for the MSX2.  The PC-8801 supported a more advance sound card than the MSX2 and was able to support FM synthesis and stereo sound.  Since the MSX2 was unable to natively support the sound requirements of the game a special cartridge was designed by the development team that provided an expanded soundscape beyond the MSX2’s default capabilities.  The sound cartridge contained 64Kb of RAM and a sound ship designed by Konami.

The PC-8801 version of the game released on five 5.25” floppy disk while the MSX2 version released on three 3.5” floppy disk.   The development team made many compromises during development due to hardware limitations and time constraints and would revisit the game in the early 1990’s as hardware advancements were made available and the introduction of CD-ROM technology which provided a vastly larger storage media for the game.   The CD-ROM technology would allow for the addition of the original intended third chapter which was cut from the game and for the story to come to a conclusion instead of ending on a cliff-hanger.  Neither of the original version were capable of accurately synthesizing speech and sound effects were used to represent character dialogue.  With the use of the new CD-ROM technology the development team could also incorporate voice acting along with the third act of the storyline.

Konami selected to develop the remake of the game for the PC Engine as it had the Super CD-ROM² addon available at the time while other home console manufactures did not have CD-ROM capability available yet.  The development team incorporated the third act and voice acting into the game to complete their original vision for the game that they were unable to make a few years prior.  On August 7, 1992 Konami released a trial version of the game called the Pilot Disk.   The trial version covers the beginning of act one, provides character introductions, a preview trailer and select music tracks.

The final version of the game released on October 23, 1992 and sold relatively well for the small userbase that had the PC Engine Super CD-ROM² addon.  Along with the release of the game Konami gave away a special CD to consumers who filled out a survey in Japan.  Entitled the Snatcher Sound Clip, it featured 20 minutes of music and drama tracks.

In 1992, North America was experiencing a popularity spike in mature games with interactive experiences.   Many adult oriented games such as Mortal Kombat, Lethal Enforcers and Night Trap were released to popular demand and Konami wanted to bring a mature interactive experience to the North American market.   After first considering making a full motion video game in the vein of Night Trap they instead opted to localize and port Snatcher.

The Sega CD was selected as the appropriate console for the North American localization of the game.  The translation of the game took approximately three months and seven voice actors were hired to record about two and a half hours of dialogue for 26 different characters.  Snatcher was one of only a handful of games that contained a large amount of voice acting at the time and was the first to do it well.

To avoid controversy several scenes that were in the Japanese release were censored or other wised altered for the Sega CD version.  Snatcher for the Sega CD released on November 30, 1994 with the European version releasing on the Mega CD on December 15, 1994.  The game once again released to positive reviews but suffered from poor sales due to the small userbase of the Sega CD and being released at the tail end of the Sega CD’s lifespan.

Snatcher would be released once again for the PlayStation and Sega Saturn in 1996 however was only released in Japan, the Sega CD version of the game is the only version that was released in North America and Europe.  The PC Engine Super CD-ROM² version of the game was included with the 2020 North American release of the Turbografx-16 mini console but was not translated, the game remained fully in Japanese.  The game continues to have a cult following and in retrospect has been acclaimed as one of the best adventure games of all time.

Overview of Snatcher & summary of censorship changes between versions 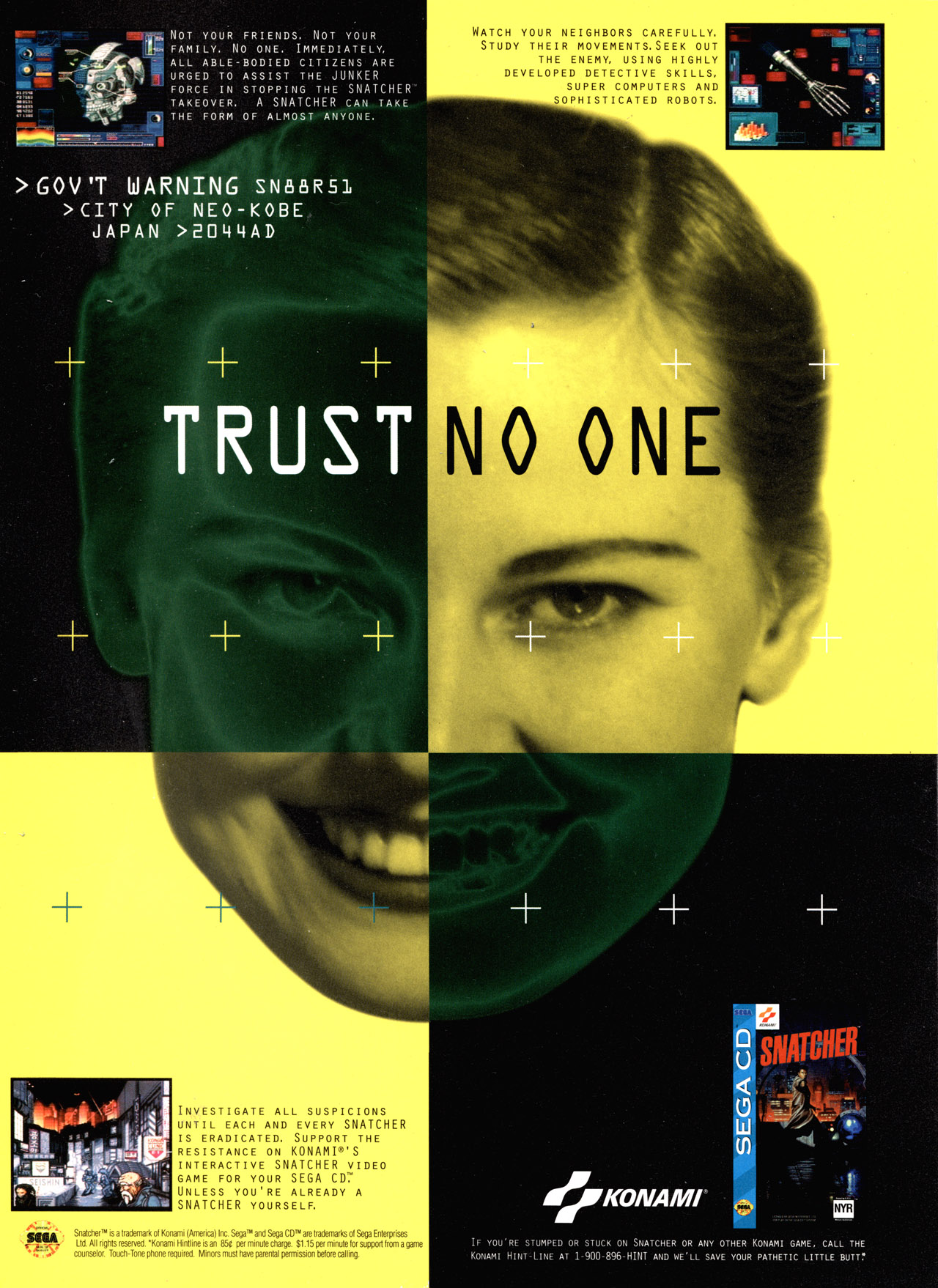