The game places players in control of a modern-day Ninja named Joe Musashi who has to stop a terrorist organization named Zeed who are kidnapping the students of his clan.  As Musashi players battle their way through each level in search of hostages that need rescuing while facing a boss battle at the end of each stage.

Shinobi released in arcades in 1987 and was very successful, gaining a lot of attention for Sega.  Sega decided to port the arcade hit to their 8-bit home console, the Sega Master System.   The game needed to be built from the ground up due to the vast differences in hardware capability between the Sega System 16 arcade board and the Master System’s hardware.

Sega R&D2 handled the re-creation of the game for the Sega Master System.  The revised version was released in 1988 with minor alterations to make the game more suitable for home consoles such as the removal of one hit kills in favor of a health meter.  The Sega Master System release of the game received critical acclaim and was one of the most successful games released for the system.

The success of the game led the way for additional adaptations for other platforms such as the Nintendo Entertainment System, PC Engine and various home computers.  Sega decided to expand upon the concept of the game by releasing two simultaneous sequels, Shadow Dancer for the arcade and The Revenge of Shinobi for the Sega Genesis.  The success of Shinobi inspired the development of further sequels and spin-offs turning the ninja themed game into a successful franchise for Sega. 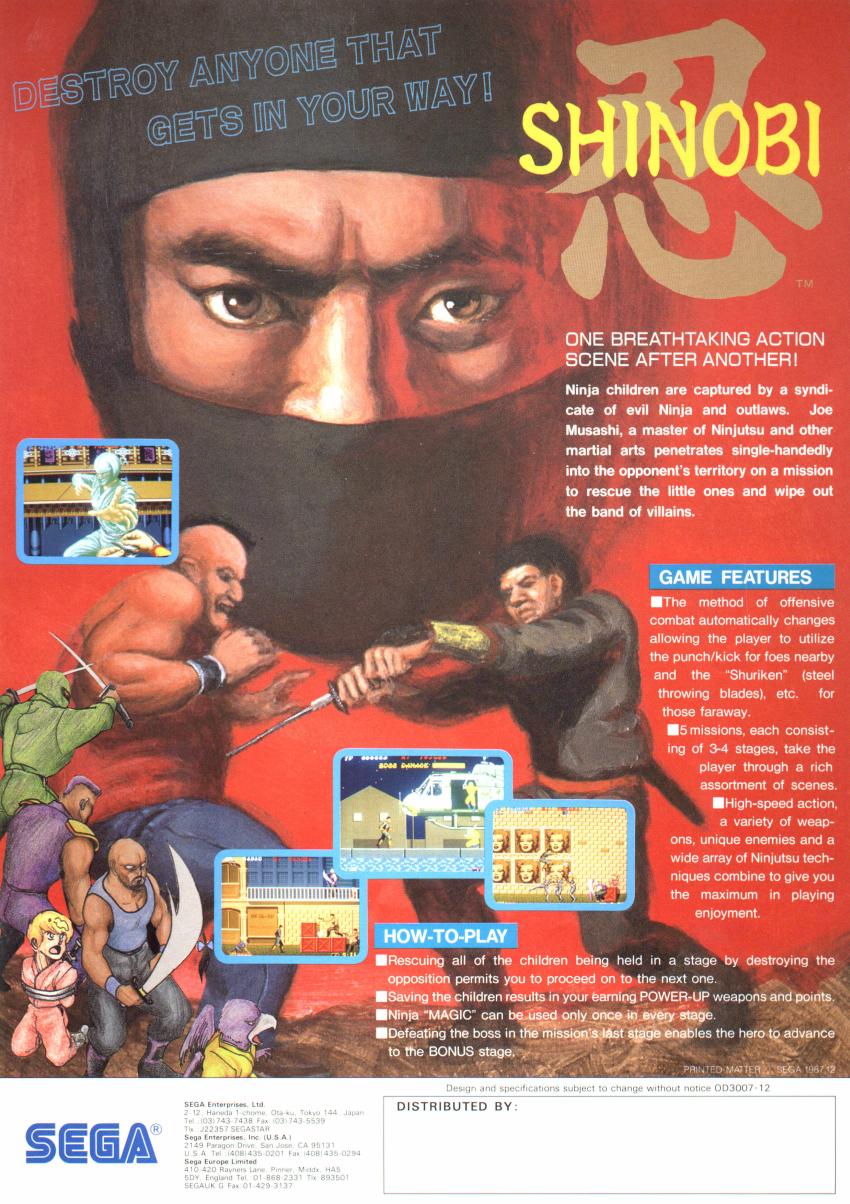