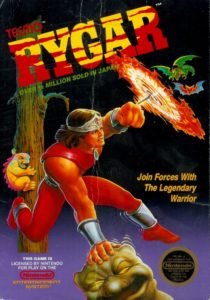 Rygar is an action-adventure based video game developed and published by Tecmo for the Nintendo Entertainment System.  The game is an adaptation of the Rygar arcade game that was released by Tecmo a year earlier in 1986.  While the original arcade version of the game was ported to many home computers and consoles, the Famicom / Nintendo Entertainment System version of the game was heavily altered resulting in a unique experience.

Tecmo decided to build upon the arcade version’s side-scrolling platforming gameplay by implementing a fantasy-themed action-adventure style with RPG elements.  Though the Nintendo Entertainment System adaptions of the game shares the same basic story, the changes made to the game’s core gameplay mechanics created a completely different experience.

The development team transformed the arcade game’s linear style gameplay to an open style gameplay that emphasizes exploration and gives players the ability to re-visit locations with special items that may provide access to previously inaccessible areas.  Permanent power-ups were implemented into the game to provide an RPG like experience and additional perspectives were added resulting in an overhead view while travelling between areas and a side-scrolling view for the action-oriented stages.

The game is set in “Argool”, a holy place that was created by five legendary Indora Gods and takes place after Argool was attacked by King Ligar’s army.  The citizens of Argool pray for help to stop the prophecy of Ligar’s evil reign of terror resulting in the resurrection of a brave soldier known as Rygar.  The legendary soldier came back from the dead to restore peace to the land of Argool.

The game first released on April 14, 1987 in Japan for the Famicom as “Warrior of Argus: Extreme Great Charge” and was renamed to “Rygar” when the game was brought to North America in July of 1987.  Both the arcade version and Nintendo Entertainment System version of the game received positive reviews and became commercial successes, resulting in Tecmo revisiting the franchise in 2002 with a 3D remake of the game titled “Rygar: The Legendary Adventure” for the PlayStation 2. 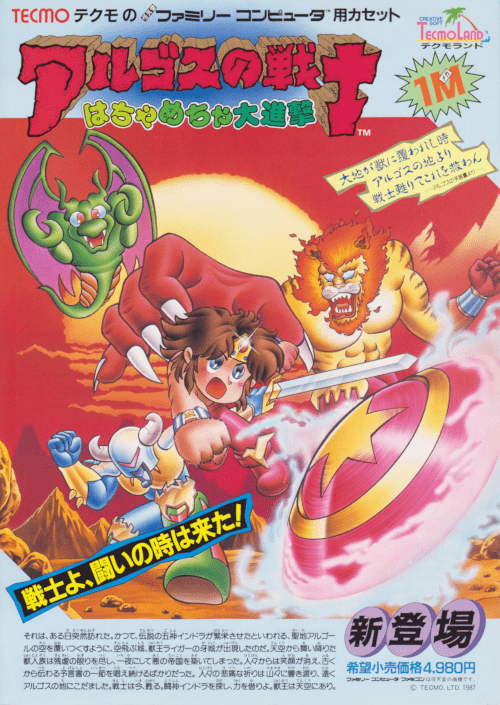 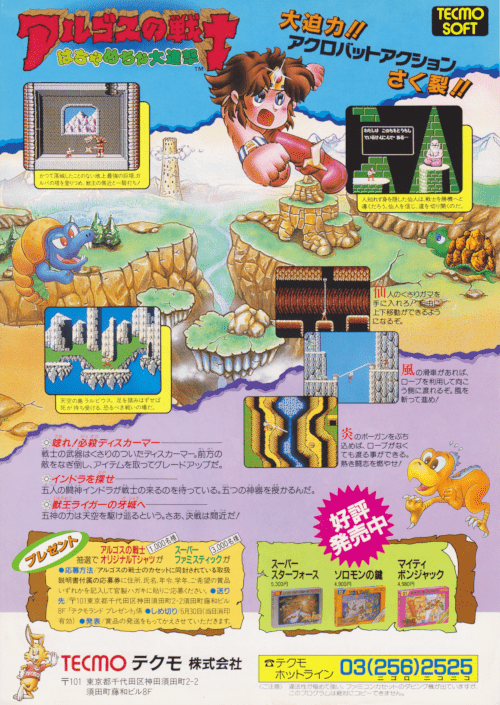