Pro Baseball: Family Stadium was created by Namco programmer Yoshihiro Kishimoto.  The origin of the game can be traced back to when Kishimoto began playing Nintendo’s Baseball for the Famicom during his free time when working on the title Toy Pop with game designer Takefumi Hyodoh.  While playing the baseball game with colleagues, they noticed that particular parts of the game could be fixed or improved to provide a better overall experience.

One of the most notable things that the game was lacking was the use of player names and abilities.  Kishimoto was also disappointed in the game’s lack of playable defense and once the development of Toy Pop completed, he decided he wanted to try to make a baseball game of his own that would address the short comings that he noticed in Nintendo’s Baseball for the Famicom.

When Toy Pop wrapped up Kishimoto approached is supervisor to see what projects were in the pipeline for him to work on and his supervisor advised him that he could work on an original title while waiting for other projects to start up.   He took the opportunity to start developing Family Stadium for the Famicom due to the system’s massive success in Japan.  The game was Kishimoto’s first time developing for the Famicom and was his first-time programming using assembly code.

Pro Baseball: Family Stadium was Namco’s first baseball video game, as all prior baseball themed games created by Namco such as 1979 Pitch In and 1981 Batting Chance were mechanical arcade games.  The game released in Japan on December 10, 1986 and was very popular.  The success of the game drew the attention of Atari, who approached Namco to publish the game for North America.

R.B.I. Baseball became the first home video game console game to obtain licensing from the Major League Baseball Players Association (MLBPA) and was able to incorporate the use of real MLB players into the game.  Tengen did not secure licensing from Major League Baseball (MLB) and as a result was unable to use real MLB team names or logos.  Instead Tengen included 8 teams in the game that were only referenced by their city’s name.  The game included Boston, California, Detroit, Houston, Minnesota, New York, St. Louis, and San Francisco.  These teams were chosen as they were the top teams in each division in the 1986 and 1987 MLB seasons.  The game also featured two All-Star teams, American League, and National League, both of which included popular established Major League Baseball players such as George Brett, Mike Schmidt, Mark McGwire, Jose Canseco, and Andre Dawson.

The game was a critical and commercial success in Japan and North America, selling over 2.05 million copies by 1990.  When Tengen determined how to bypass Nintendo’s lockout chip, they began manufacturing their own unlicensed games using a rounded matte-black cartridge that had some resemblance of an Atari VCS cartridge which stood out from Nintendo’s official grey cartridge.  Tengen decided to manufacture unlicensed versions of the three officially licensed games they previously released through Nintendo while working to develop a chipset that would bypass Nintendo’s lockout system.  The three Tengen published games, R.B.I. Baseball, Gauntlet and Pac-Man had an official Nintendo license version and unlicensed version released for the Nintendo Entertainment System. 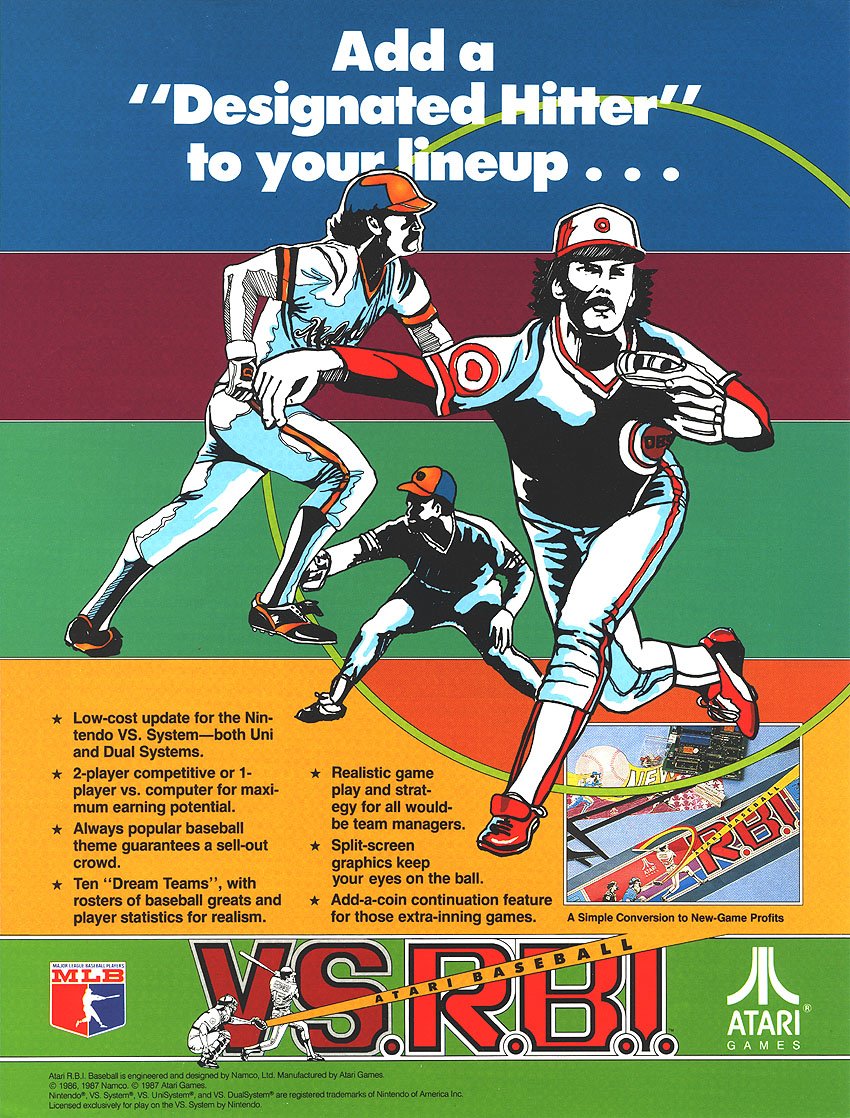 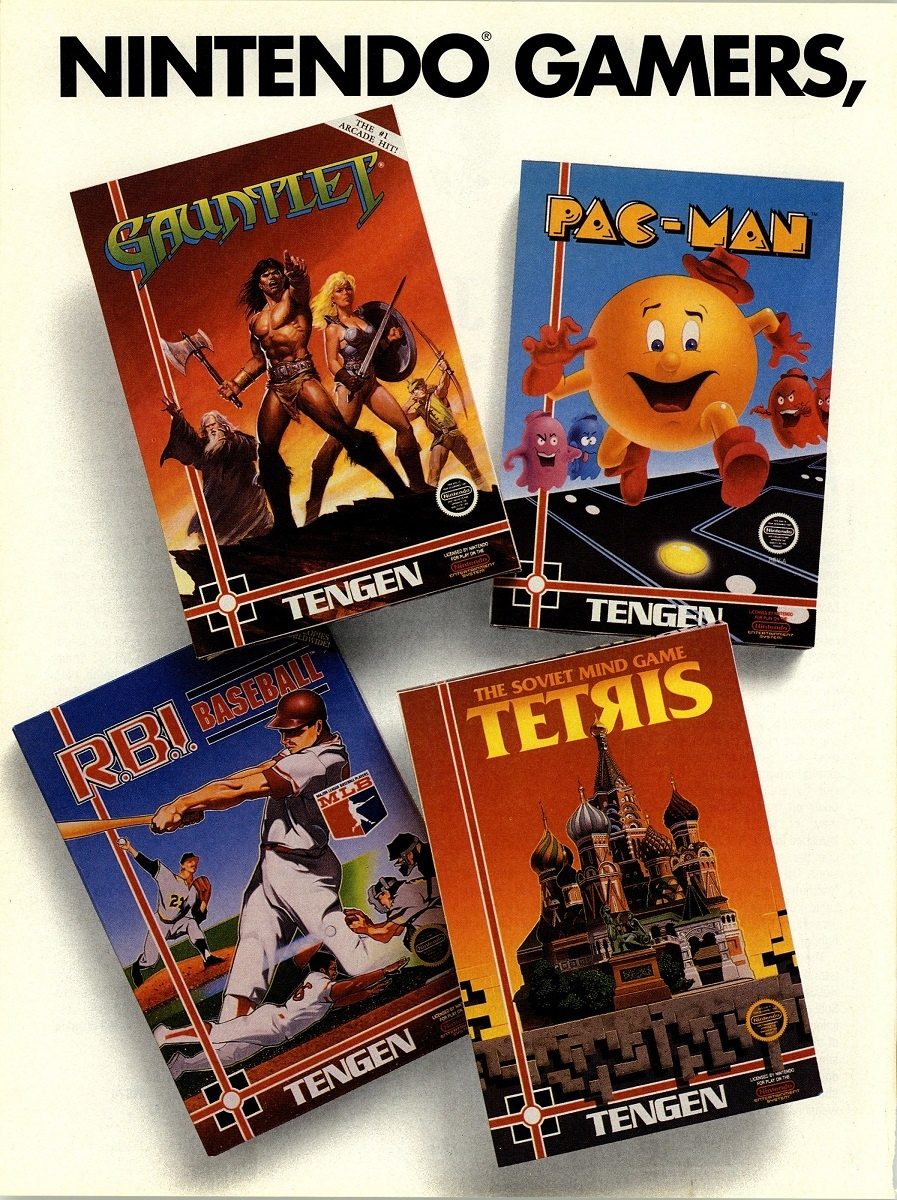